First-time Golden Globes nominee Tahar Rahim made a fashion debut during the virtual awards ceremony on Sunday night. Rahim, dressed in Louis Vuitton, sported the house’s newest watch: the Tambour Street Diver. The model will be unveiled at Watches of Wonder in Geneva in April and launch on April 9.

Louis Vuitton aimed to reimagine the traditional dive watch as an urban timepiece using design elements central to the fashion house. The Swiss-made watch shape was inspired by a drum, and features L-O-U-I-S-V-U-I-T-T-O-N in place of numbers on the case-band. Other features include 100 m of water-resistance, screw-down crowns, Super-LumiNova coating on dial elements and a diving scale placed below sapphire crystal on turning flange. The watch will be available in three automatic models in 44 mm — Skyline Blue, Neon Black and Black Blaze — and a quartz option in 39.5 mm, Pacific White.

The 39-year-old French actor (who wore the Skyline Blue model, customized with a black strap), was nominated for his role as Mohamedou Ould Salahi in “The Mauritanian.” The film, directed by Kevin Macdonald, was adapted from Salahi’s memoir “Guantánamo Diary.” 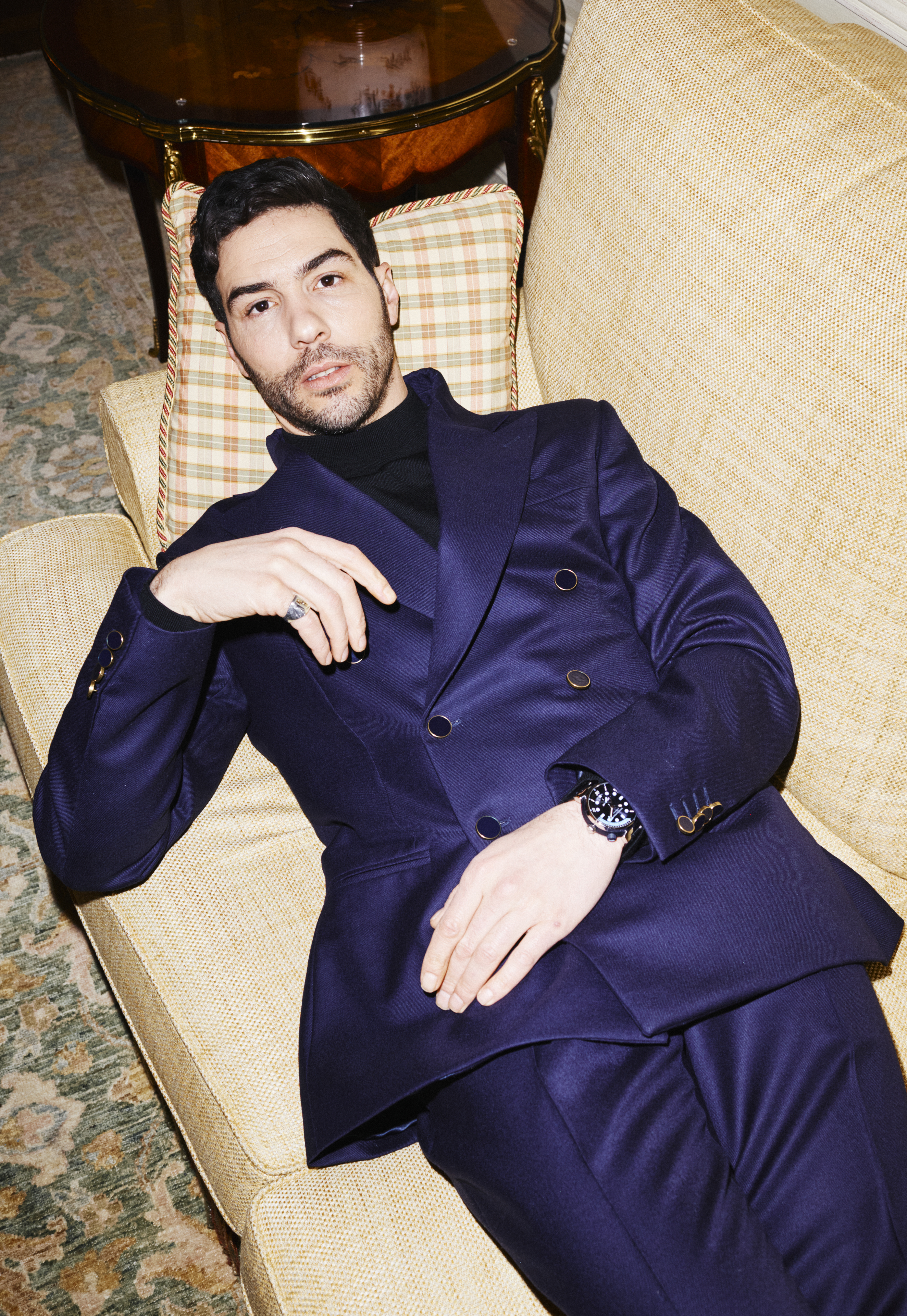 The Breakout Faces to Know Ahead of the Golden Globes

The Best Golden Globes Red Carpet Looks of All Time