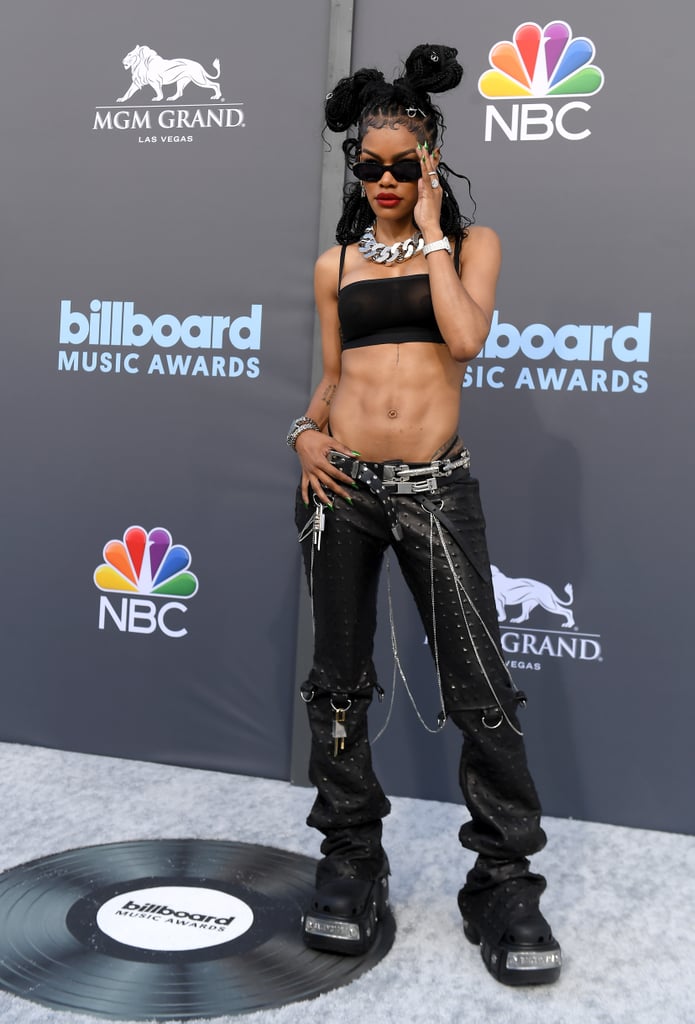 Teyana Taylor’s superpower is ensuring that all eyes are on her at all times, and Sunday night was no different. On May 15, the singer attended the 2022 Billboard Music Awards, where she posed for photos on the red carpet and partook in a surprise performance. Taylor wore a sexy square-neck bra top with thin straps and low-rise black leather pants, putting her toned abs and obliques on full display. Strings from her thong were visibly pulled above her hips — a polarizing trend worn by celebrities like Chloë Bailey, Dua Lipa and Julia Fox.

Taylor wore the new platform Balenciaga Crocs from the brand’s collaboration; adorned with metal bolts and a chunky heel, they perfectly complemented her grunge look. Taylor paired the style with a slew of platinum jewelry. She wore a chunky silver oversize chain, a diamond-covered Cartier watch, and belts with chains; she even had a lock hanging from the knee of her pants.

In addition to stunning on the red carpet, Taylor surprised fans on stage during Sean “Diddy” Combs’s opening act. As the host of the award show, Diddy performed a medley of songs with artists like Bryson Tiller and Jack Harlow and then brought Taylor out for a snippet of the song “Mo Money Mo Problems.” Taylor’s 6-year-old daughter Junie hopped on stage with her mom during the epic moment. Check out photos of Taylor’s appearance at the Billboard Music Awards ahead.