The Truth About Clothes Made From Kombucha Tea 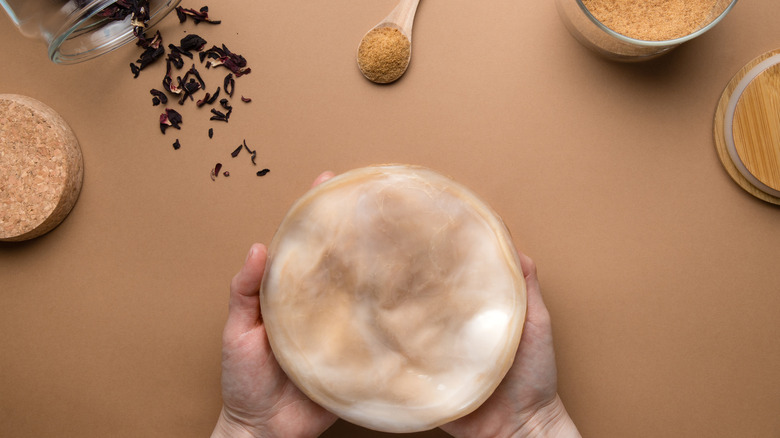 It’s not every day that a food or drink made popular by hipsters and millennials serves a bigger purpose than simply fueling our diets (via AARP). Kombucha, the probiotic tea that has become a staple of millennials’ diets, is flexing its muscle as designers are using the tea’s SCOBY to create sustainable clothing.

Kombucha tea would be nothing without its SCOBY. The blob-looking vinegar-smelling specimen is responsible for breaking down sugars into carbon dioxide, acids, and alcohol, resulting in a fizzy-type drink packed with probiotics (via Healthline). This tea-producing yeast is also capable of providing people with sustainable clothing due to its leather-like texture, per The VOU.

According to ABC News, the concept of transforming the drink’s culture into wearable fashion is the brainchild of Suzanne Lee, a designer who showed her kombucha-based designs in 2003. Now scientists, makers, and designers such as Sacha Laurin, are using SCOBYs to create fashionable and wearable clothing, according to Kombucha Couture. In an interview with Maker, Laurin lays out her process for creating a SCOBY large enough to create a dress, which requires harvesting the SCOBY for at least one week to obtain a “mat of cellulose” that she dyes and sews once dried. And that’s just for one dress.

Wearing sustainable, eco-friendly clothing that saves the planet is the goal of many designers and fashionistas. So let’s take a closer look at the truth about clothes made from kombucha tea.

Kombucha tea clothes have a unique odor … and taste 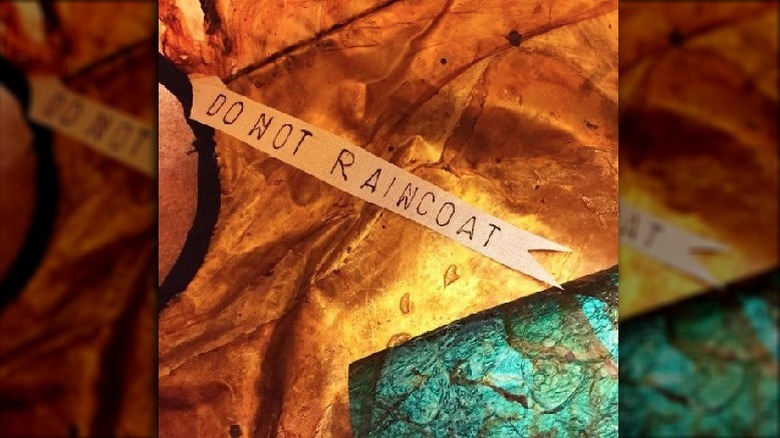 Kombucha tea aficionados can attest to the unique smells that the SCOBY emits during the fermentation process. SCOBY (or rather, symbiotic culture of bacteria and yeast) has a unique smell reminiscent of vinegar, according to Healthline. The question is, can perfume or the overwhelming smell of Axe body spray overpower the pungent smell?

The material has been referred to as “smelly” by researchers at the Queensland University of Technology who have produced jackets and shoes using kombucha (via ABC News). Others working with the material have found rubbing the clothing with oil blends can help reduce the strong smell, according to NEO.LIFE. Of course, there are some people who actually like the smell of the SCOBY and aren’t bothered by the scent.

Aside from smelling a bit different than denim or your favorite sweater, Kombucha Couture founder Sacha Laurin tells Maker that clothes made from kombucha are edible as long as the SCOBY is not dyed. Talk about versatility! 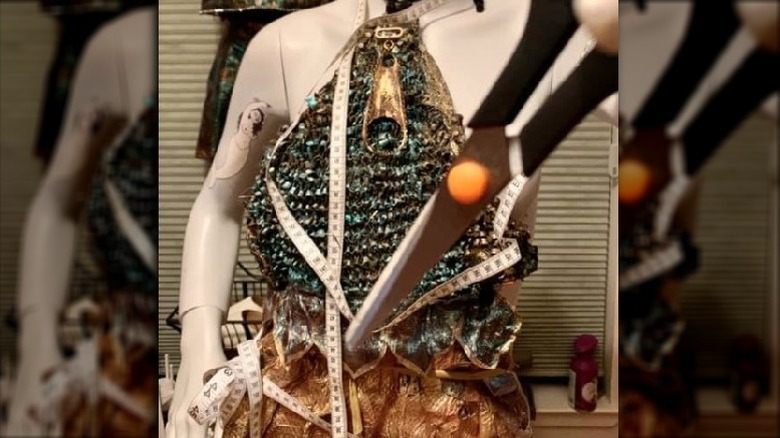 Sure clothing trends tend to have a life cycle, as skinny jeans fall out of popularity and mom jeans top the what’s hot list. But clothing made from kombucha tea has a life cycle that is more on par with that of a bedbug or fleas (per Pets on Mom.com). Kombucha designer Sacha Laurin estimates edible and sustainable clothing lasts six months before breaking, per NEO.LIFE.

Falling apart is one way these clothes may meet the end of their life cycle; indeed, actually disintegrating is how your favorite kombucha-made piece may meet its demise. NEO.LIFE reports that during a TED Talk,  Laurin told the audience a vest she was wearing was “absorbing her sweat and disintegrating.” This makes it a safe bet to skip wearing a kombucha-made blazer or top during a sweat-inducing interview. Yikes, talk about awkward.

Until designers, scientists, and engineers perfect how to mass-produce kombucha-made products, and design clothing that lasts, people should rock that kombucha-made clothing item as often as they can before it deteriorates.