A WOMAN is being praised online for rescuing a stranger from a creepy man who accosted her on the street at night and asked about her toes.

After spotting the situation unfold, the New York local pretended to be the young woman's friend and offered her a ride to help her get away – but some people think it's staged. 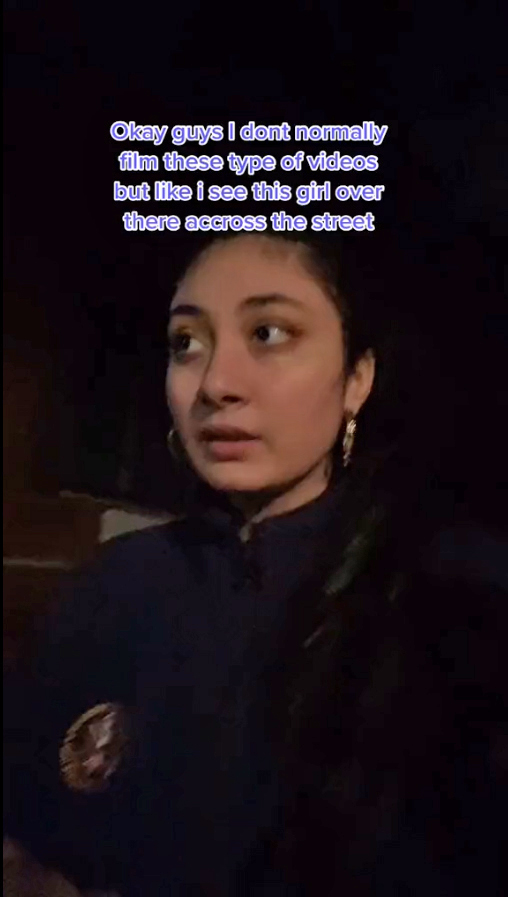 A clip was shared on TikTok by the quick-thinking woman, known as Pikanab on the platform, and it's since been viewed more than 31.7 million times.

The poster explains the situation in a video admitting: "I don't normally film these types of videos."

She said: "But I see this girl over there across the street. I'm literally by my car about to go out, and she looks really uncomfortable."

Pika was hesitant about involving herself at first but thought it's "really late at night" – besides, "girls supporting girls," she said. 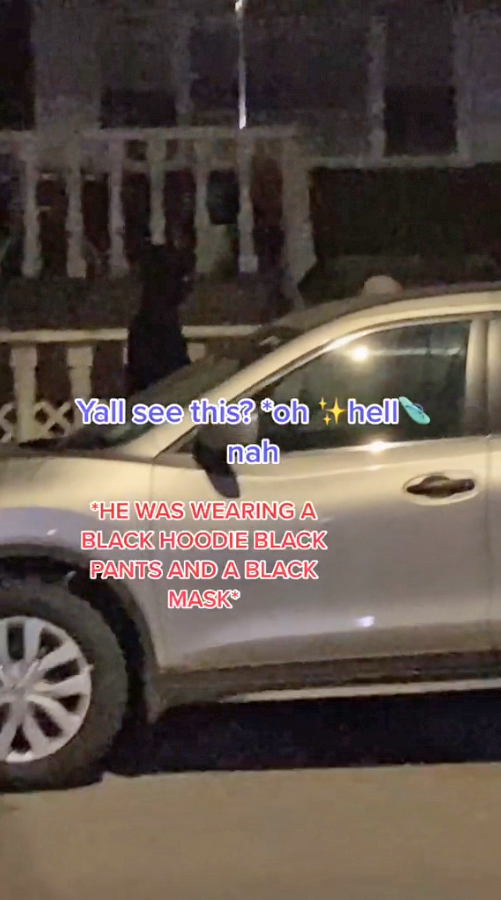 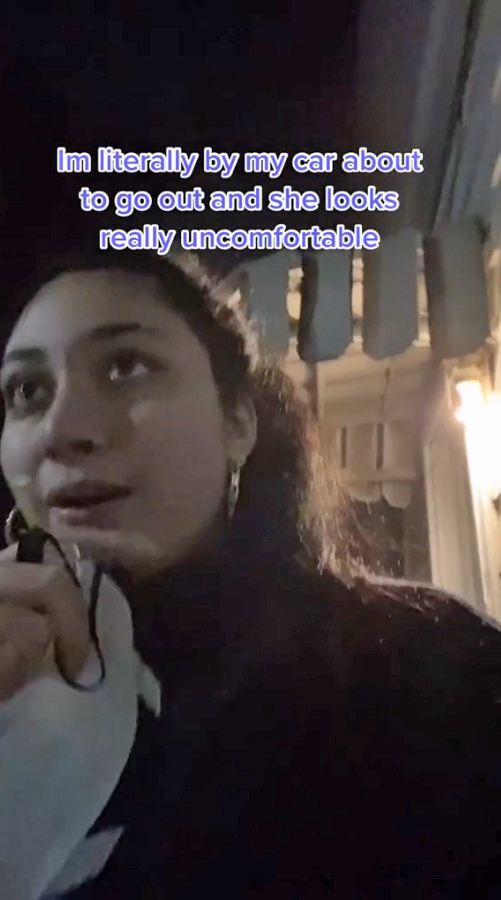 In the clip you can see the man donning all black attire and a mask talking to the young woman before Pika interrupted them.

The man quickly said they were "just talking" – but when she asked him about what, things got really weird.

"Nothing, just asking her if her toes are long," he replied.

Both women awkwardly laughed before Pika insisted they had to go.

Questioning the woman she'd just met, she asked: "Do I know him though?"

"Um, no," the woman replied, sounding nervous, with Pika adding: "I don't think I'm going to get to know him. Let's go." 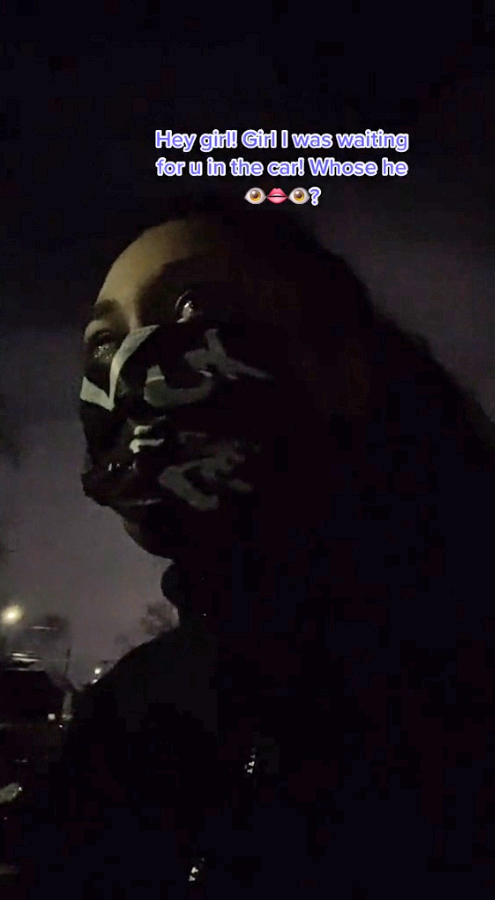 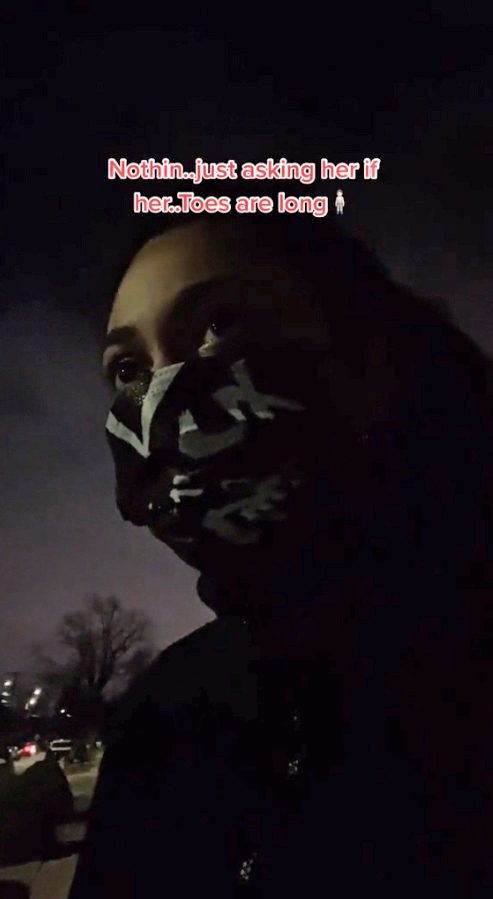 Pika quietly offered the woman a lift somewhere safe, and, grateful, she accepted.

Thousands of people commented on the clip praising Pika for being "brave".

One person pointed out: "U just probably saved a girl from getting kidnapped

And another added: "She sounded so scared when she said yes please. You did a good thing."

Despite the praise, many suggested the clip was staged – an accusation quickly shut down by Pika. 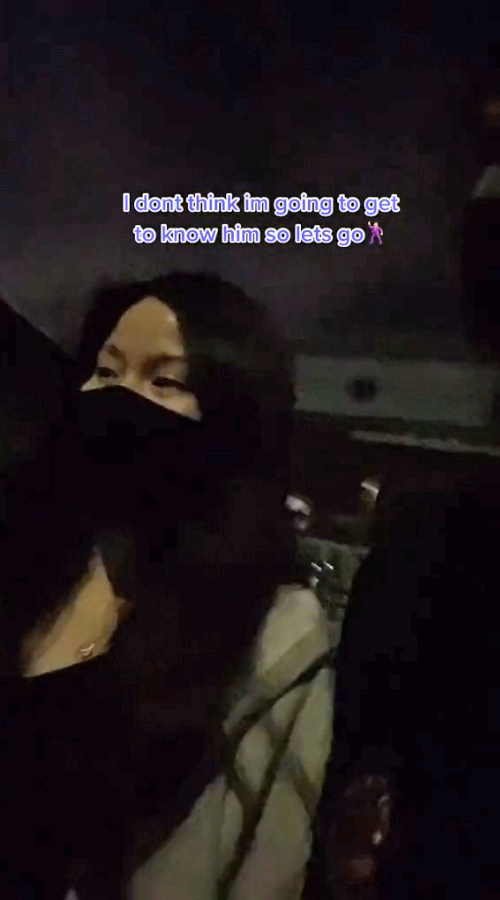 "I don't normally respond to hate, but this is something that means a lot to me, so I am going to respond — one time only," she said in a follow-up clip.

"I don't give a flying fadoodle cake if you think that video is fake. It doesn't matter. This is something that really does happen. I'm telling you it's not fake, but you're not going to believe me."

Pika continued to share a series of videos detailing the time she herself had been accosted by strange men on the street.

She also updated viewers saying the woman she saved is "safe." 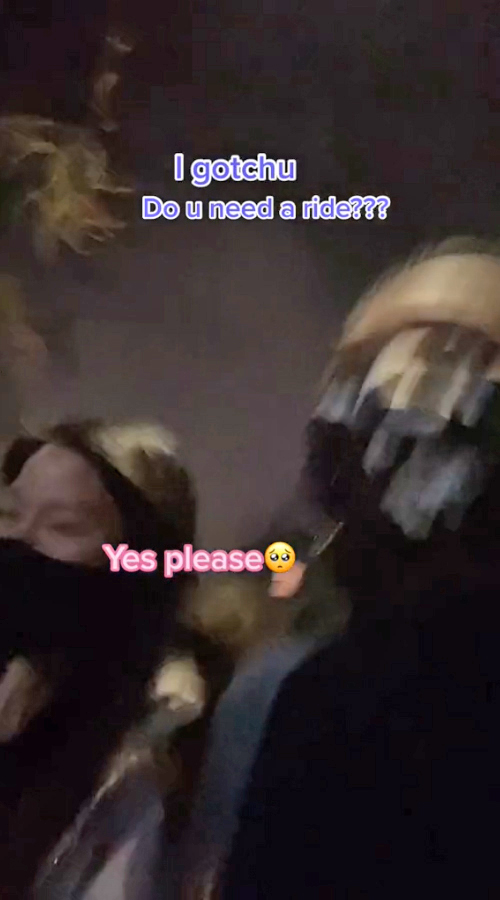 In a seperate video, she insisted her intervening didn't make her "brave", admitting that she was also "scared" but felt it was the right thing to do.

"But while I was helping her, especially when he said the toe part, my heart was going pitter-patter, pitter-patter. I almost threw up."

Some people questioned whether the two woman were now "best friends", but Pika revealed "she doesn't owe me friendship."

Meanwhile, this woman makes her Tinder matches do a compatibility quiz & asks VERY specific questions to test their ‘judge of character’.

Plus a bloke who helped girl escape ‘creep’ who harassed her shares how to do the same if you see a stranger who needs help.

And this woman was stunned after she texted a builder to ask why he walked out halfway through a job and received a very creepy reply.