A GIRLFRIEND has divided opinion after buying a winning scratchcard for her boyfriend – and then asking for some of the money.

The woman had given her partner a National Lottery scratchcard for Christmas which ended up winning him £500. 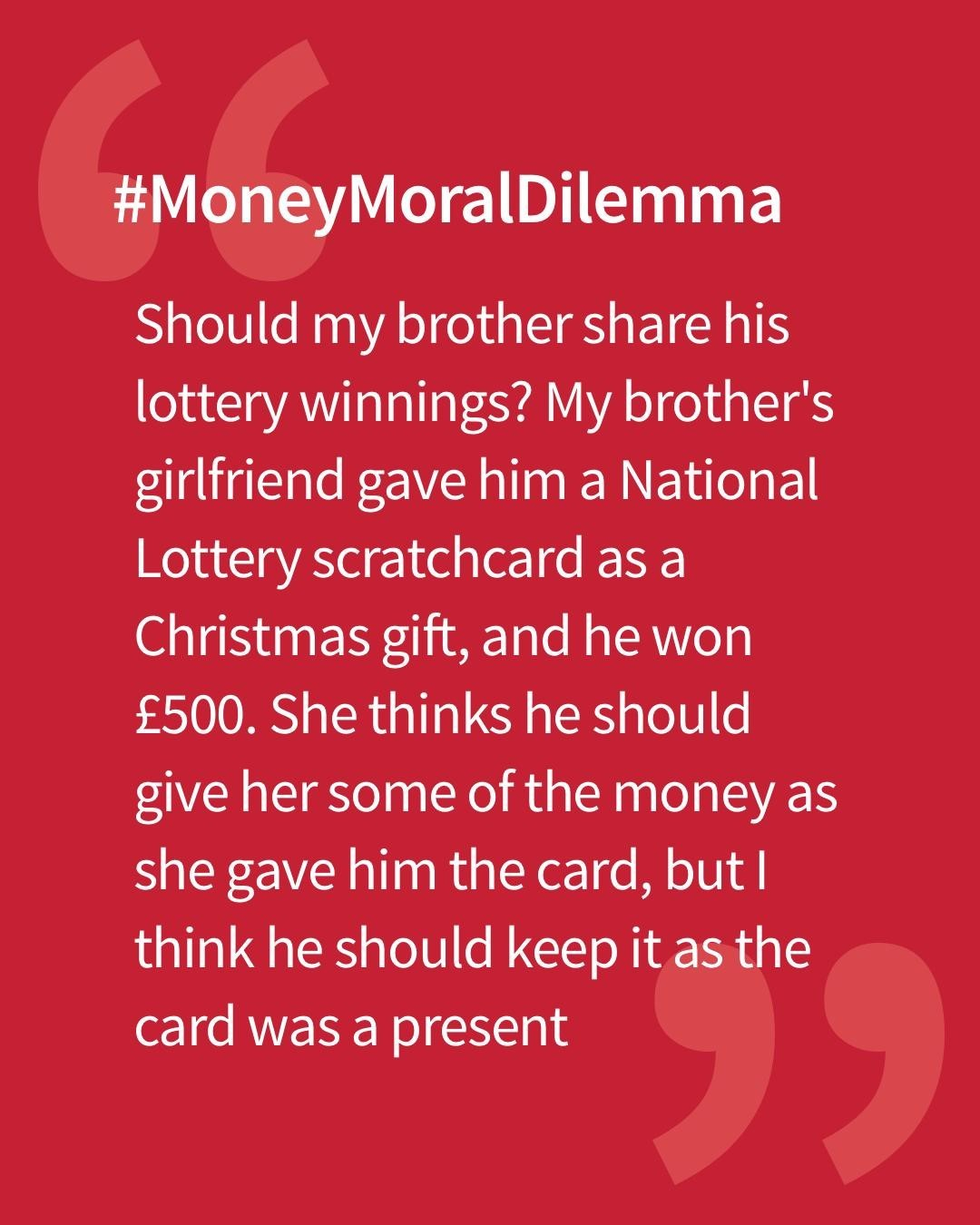 They said that her brother should get to keep all of the money as the scratchcard was a gift.

The sibling wrote: “Should my brother share his lottery winnings?

“My brother’s girlfriend gave him a National Lottery scratchcard as a Christmas gift, and he won £500. 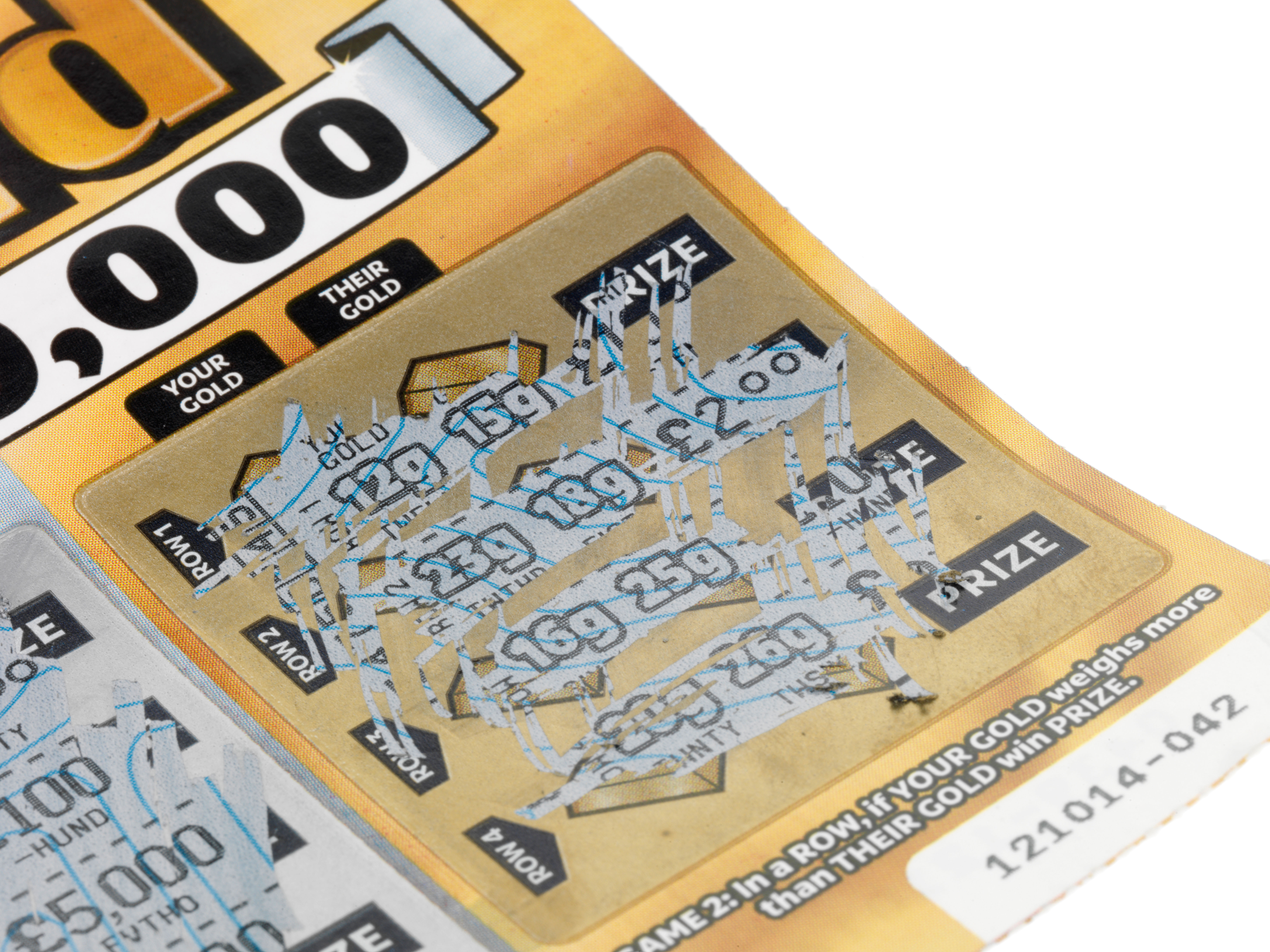 “She thinks he should give her some of the money as she gave him the card, but I think he should keep it as the card was a present.”

The “Money Moral Dilemma” has divided opinions on what the brother should do.

Many people said he should pocket the money as the card then belonged to him.

One said: “It’s his and should be under no obligation to share it with anyone.”

Another agreed, saying: “Why would you share a christmas present? The ticket was a present FOR HIM so the product of that ticket is also for him to do what the hell he likes with it.”

A third insisted: “He should keep it for himself, it was a gift.” 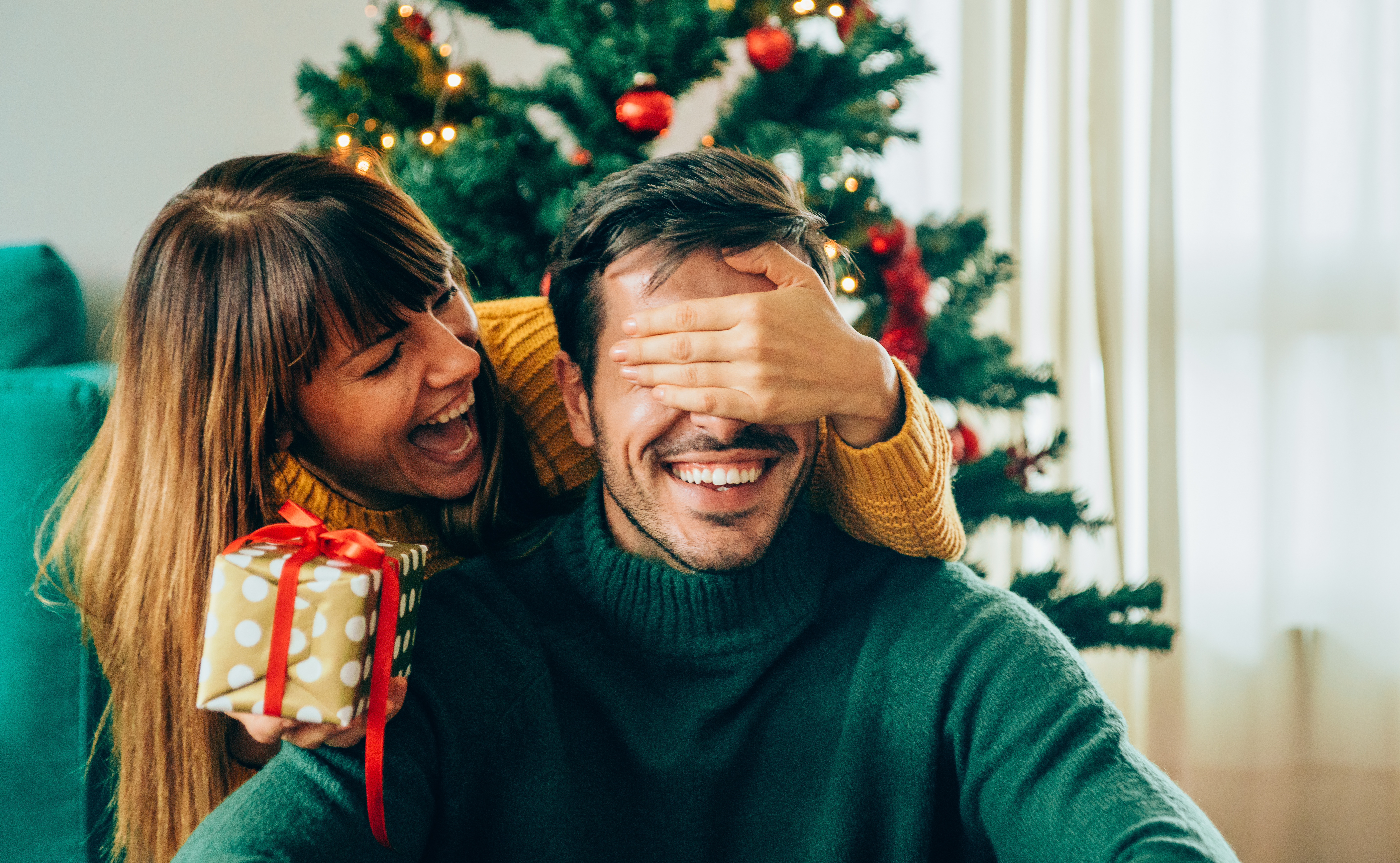 However, some said he should at least spend the money on an activity or holiday they can enjoy as a couple.

One wrote: “If this was me I’d be booking a holiday away with said Girlfriend! Or something nice they can do together?”

And one commented: “Maybe treat her with it?”

Previously, a woman who bought her nephew’s winning lottery ticket divides the web after she also asks for some of the prize money.

While this woman claims she paid off £77k worth of debt in just eight years through ‘side hustles’ including dog-walking.

Plus these are the 10-minute lockdown DIY jobs that’ll add £20k to your home.