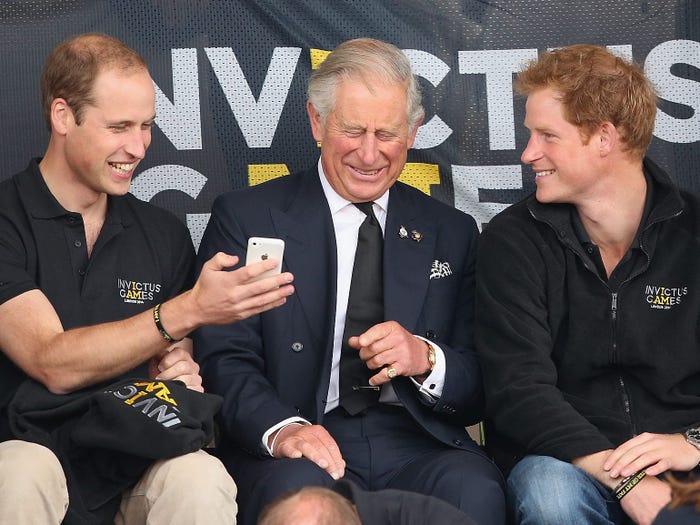 Members of the royal family are rarely seen using cell phones in public, and that's because protocol dictates that nobody should turn their back to the Queen. 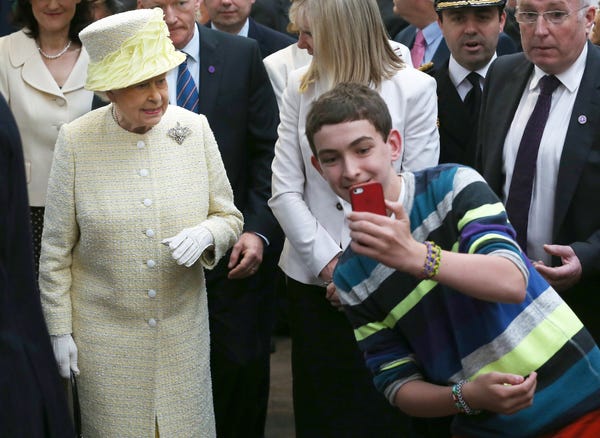 Greg Agnew, a royal fan who attended the Queen's Buckingham Palace garden party in May 2017, previously told Insider that attendees were forbidden from taking selfies with the royals because it would be seen as disrespectful.

"The one thing they talked about a lot was no selfies, and the reason was that they didn't want people turning their backs to the royal family and the Queen. And that was very important to them," Agnew said.

This rule has been broken on multiple occasions. Prince William and Kate Middleton posed for a photo with a member of the Manchester Inspirational Voices during their royal tour of the UK earlier this month. 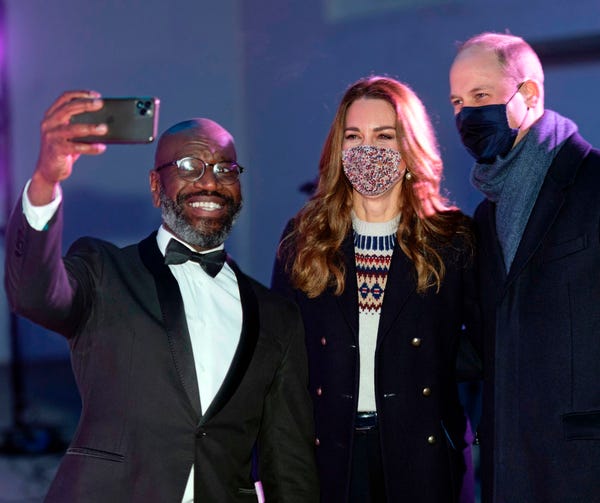 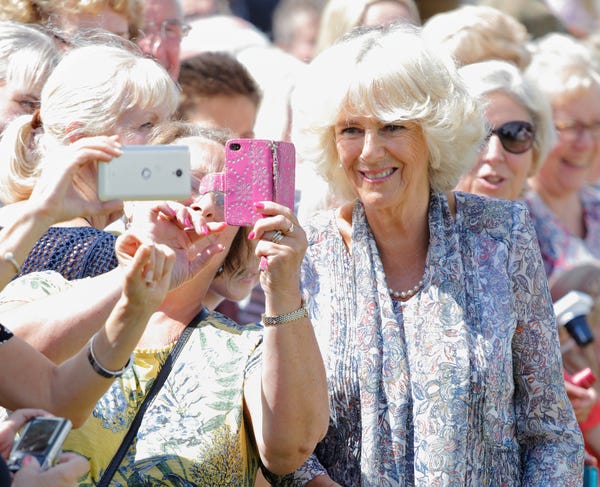 … they sometimes take selfies with friends like the rest of us. In this photo, the Queen's former granddaughter-in-law Autumn Phillips posed with a friend at Royal Ascot. 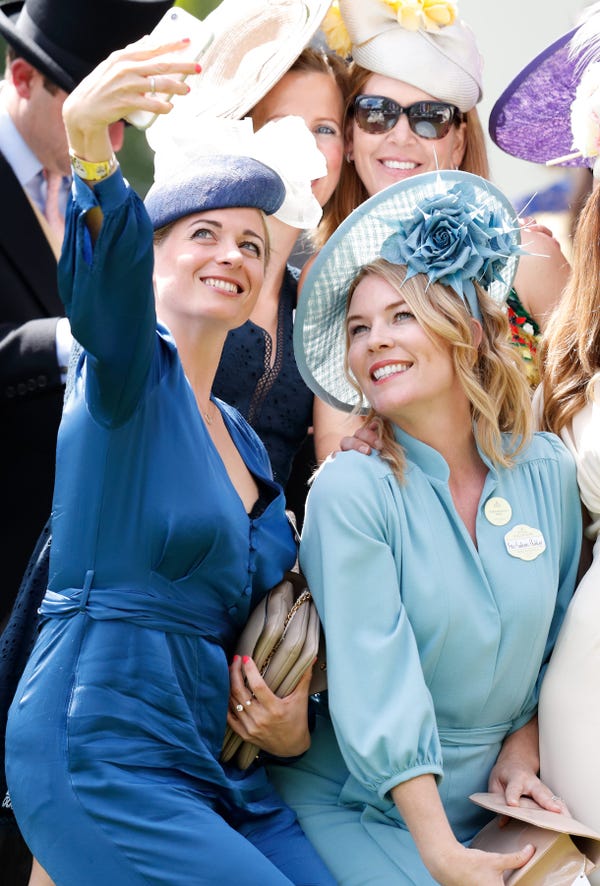 Sometimes the royals will take a break from official engagements to look at their phones. In this photo, Prince William and Prince Harry share the screen with Prince Charles at the Invictus Games in 2014. 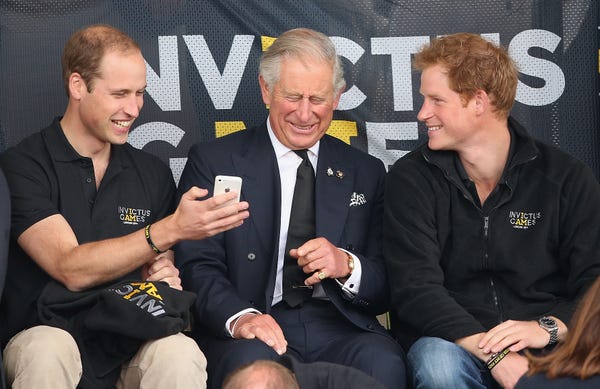 On a rare occasion, the royals require a phone for the engagement. This photo shows the Duchess of Cambridge taking part in an Instagram Q&A for her official social media accounts. 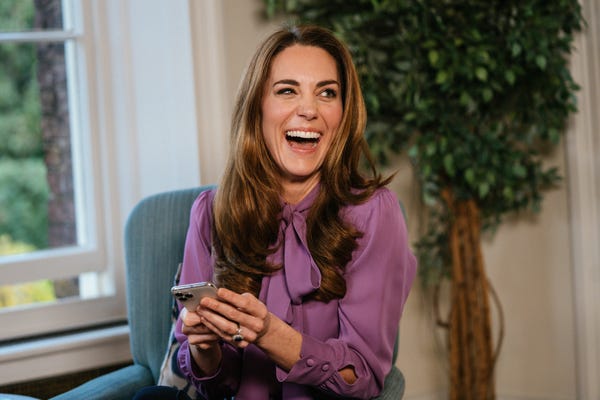 The royal answered questions about parenting and the Five Big Questions survey, which she launched earlier this year with various engagements across the UK.

The survey aimed to find out about parents' experiences with the early years, which the duchess described as "pregnancy through to the age of five."

Prince William was pictured using a flip phone during a visit to Auckland's Starship Children's Hospital back in 2005. 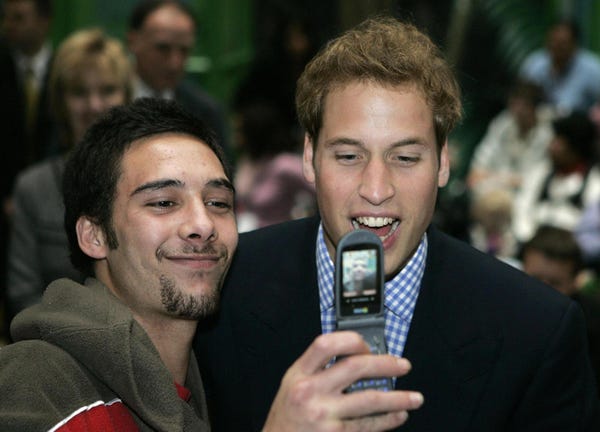 In 2017, Harry was spotted taking a photo on his cell phone as he watched the Invictus Games. 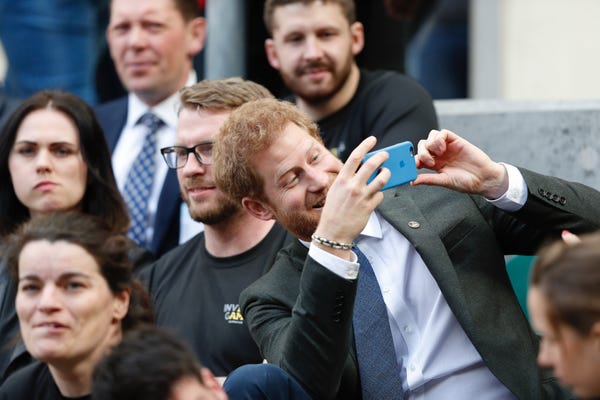 Queen Elizabeth was shown a Blackberry phone during a visit to the Research In Motion factory that made the product in Waterloo, Canada in 2010. 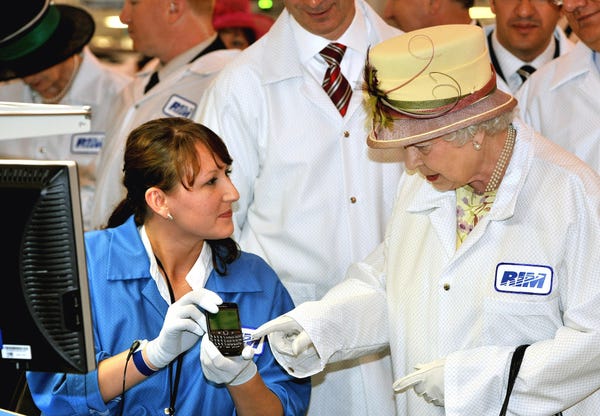 But the most famous instance of Her Majesty using a phone has to be in a trailer for the Invictus Games in 2016, when Harry showed her a video message from President Obama and Michelle Obama saying team US would "bring it" at the tournament. 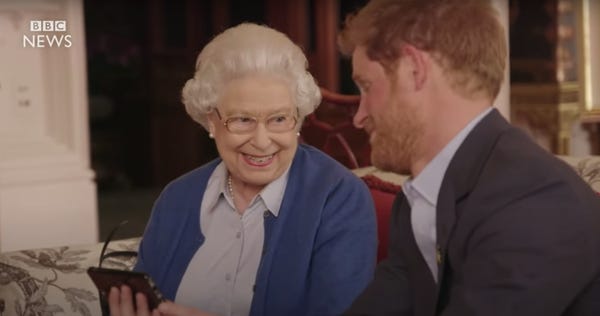 The trailer starts with the prince showing his grandmother a brochure for the Invictus Games, a tournament for injured or wounded service personnel which Harry founded in 2014.

Then they open a video message from the Obamas, which starts with Michelle saying: "Hey, Prince Harry, remember when you told us to bring it at the Invictus Games?"

The president added: "Careful what you wish for."

"Oh really? Please," Her Majesty said in reaction to the video.