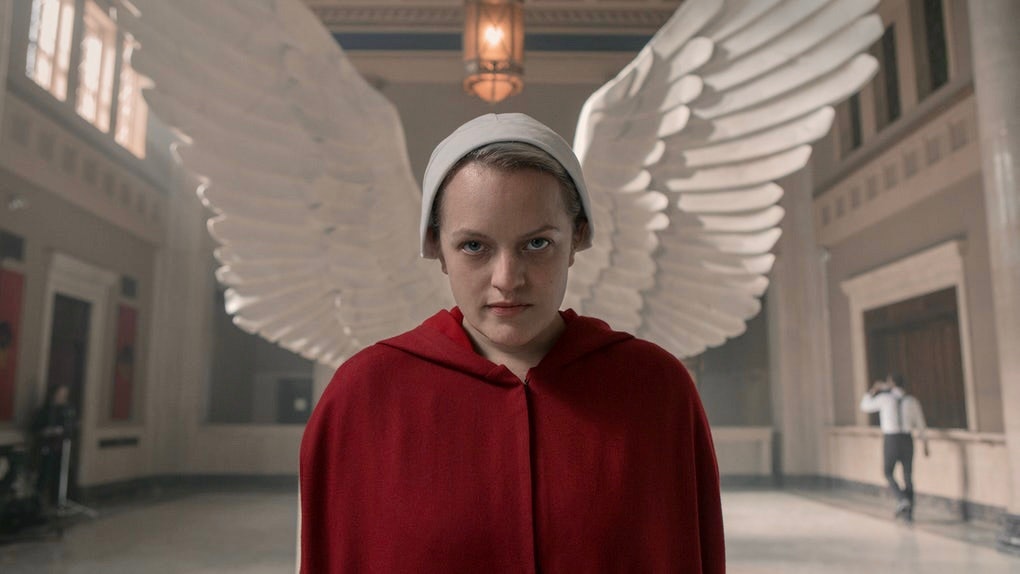 Offred is one kick*ss protagonist. When you read about her in Margaret Atwood’s 1985 dystopian book, The Handmaid’s Tale, and saw her character portrayed by Elisabeth Moss in the Hulu series based on the story, you couldn’t help but cheer her on as she tackled the male-dominated totalitarian society Gilead. Now that Season 4 of the Emmy-award winning show is underway, your feminist flag is flying once again. To rally your rebel spirit even further, here are books like The Handmaid’s Tale that’ll make you want to start a rebellion.

Just as Offred grew up in a chilling society where women have less rights than men, the women in these dystopian books like The Handmaid’s Tale fight against oppressive governments. Not all of these heroines are navigating a world where the birth rate is declining and are forced to reproduce to save society like Offred, but many of them still face environmental disasters and systems regulating reproduction as shown in the Hulu series. In fact, many of these heroes are underdogs, making their fights for survival that much more satisfying to read about.

If you’re ready to immerse yourself in another intense world with dark and twisted rules and where characters battle to survive, check out these books like The Handmaid’s Tale. Your next fave bad*ss female protagonist awaits.

We only include products that have been independently selected by Elite Daily’s editorial team. However, we may receive a portion of sales if you purchase a product through a link in this article.

1. ‘The Mother Code’ By Carole Stivers

Move over, Gilead. There’s a new society being threatened by the end of reproduction in town. The world in The Mother Code by Carole Stivers is devastated by a biowarfare virus that forces scientists to find a way to preserve humanity before everyone falls victim to the pandemic. In order to save the world, they engineer children to be born and incubated in robots — but not all robots end up doing what they are programmed to do. Stivers’ dystopian world tests the limits of motherhood while weaving a page-turning story that blurs the divide between human and machine. 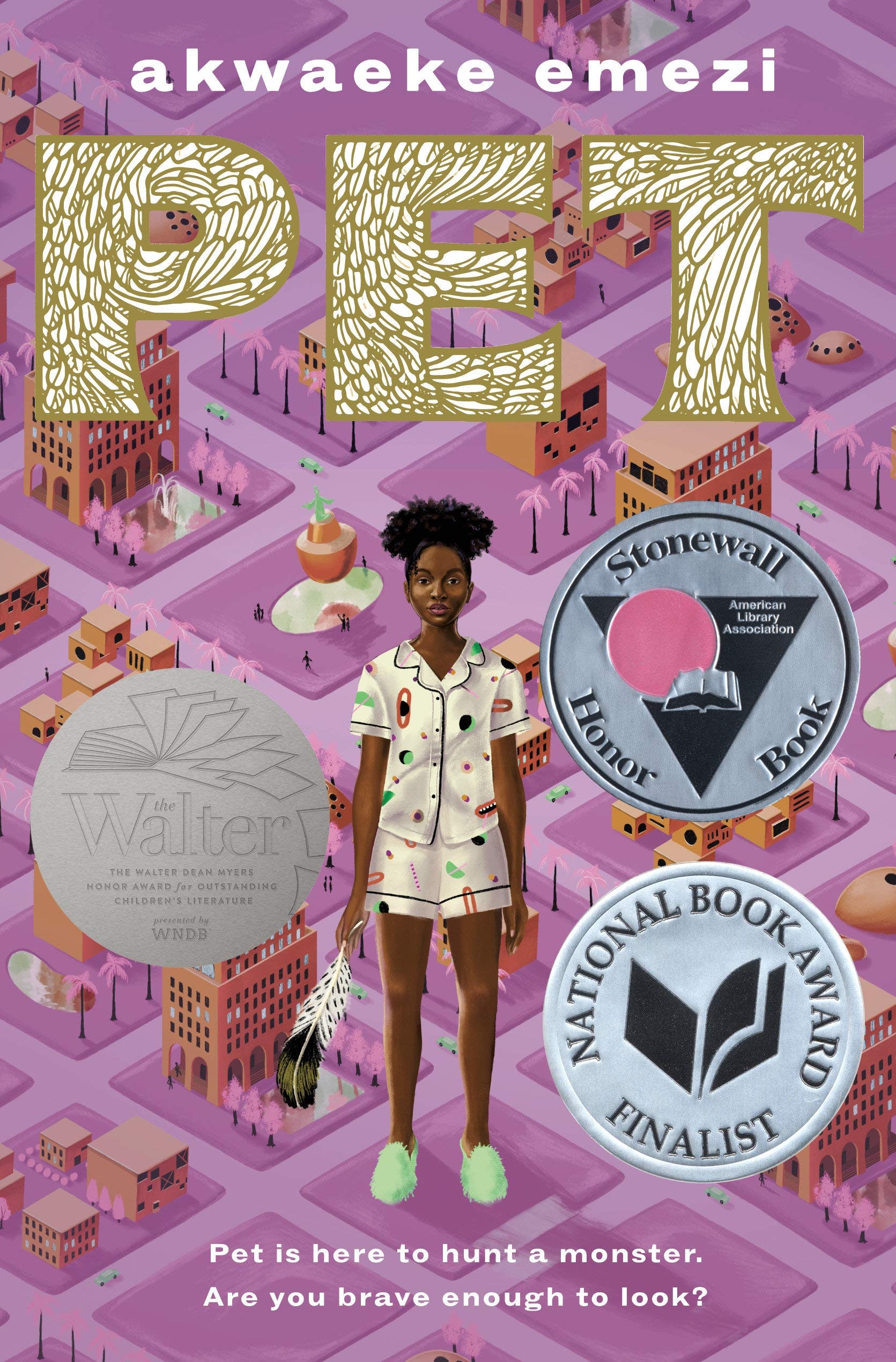 Fans of young adult books will love the eerie society and curious protagonist in Pet by Akwaeke Emezi. Emezi’s novel takes place in a city called Lucille that is supposed to be a perfect utopia. There are no weapons, crime, or divisive conflicts. At least, that’s what Jam, a young Black transgender girl, believes until she meets Pet, a monstrous creature with horns and claws. Pet’s existence shouldn’t be possible in Lucille unless, of course, the city isn’t what it seems. 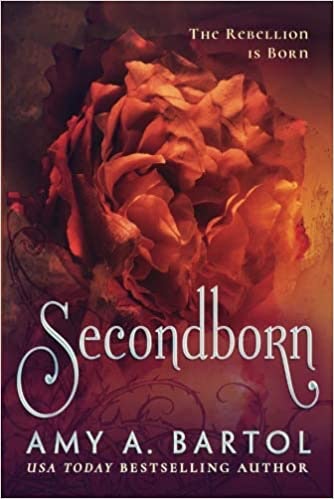 If you thought Gilead was a creepy society, wail ’til you read about the Fates Republic in Amy A. Bartol’s Secondborn series. In this world, all eldest siblings rule society, while second-born children become property of the government. Third-born children? They’re not even allowed. In the first novel of the series, protagonist Roselle St. Sismode is a second sibling who quickly finds herself as an enemy of the republic after showing mercy to an opposing soldier during battle. As you read about how she tackles the hierarchy in her society, she’ll quickly become another female protagonist you’ll have no choice but to #stan.

4. ‘The Water Cure’ By Sophie Mackintosh 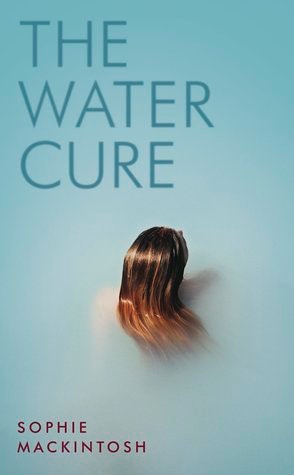 In The Water Cure by Sophie Mackintosh, three sisters live on an isolated island, sheltered from the men on the mainland who are violent and oppressive to women. When their father vanishes and three men wash up on shore in his place, the sisters’ male-free lives are upturned. Threatened by these strangers, the sisters must fight for their survival and outlive the men. If the power dynamic between men and women in The Handmaid’s Tale kept you on the edge of your seat, there’s no doubt this read will be just as suspenseful. 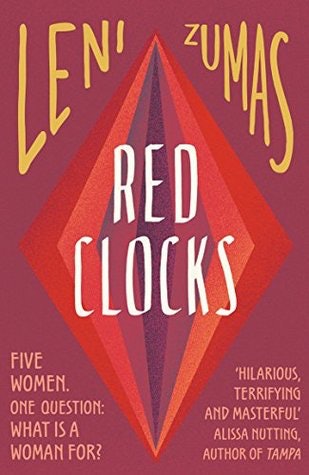 The world of Red Clocks by Leni Zumas is like Gilead — the laws of reproduction are controlled by the government. In Red Clocks, abortion is banned and all unborn embryos are given immediate rights to life and liberty. This leaves five women in a small town in Oregon at a loss with how to grapple with these new rules. 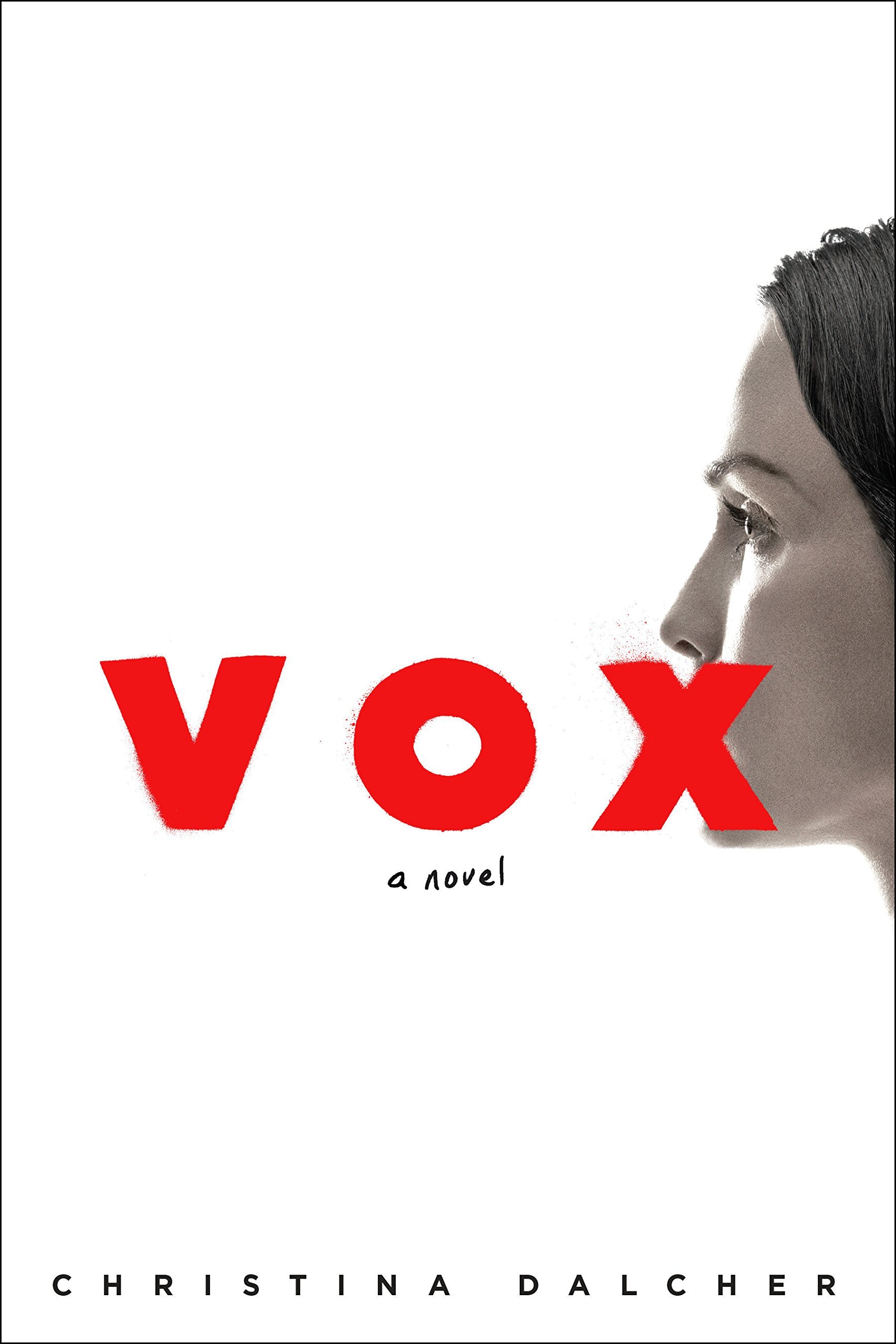 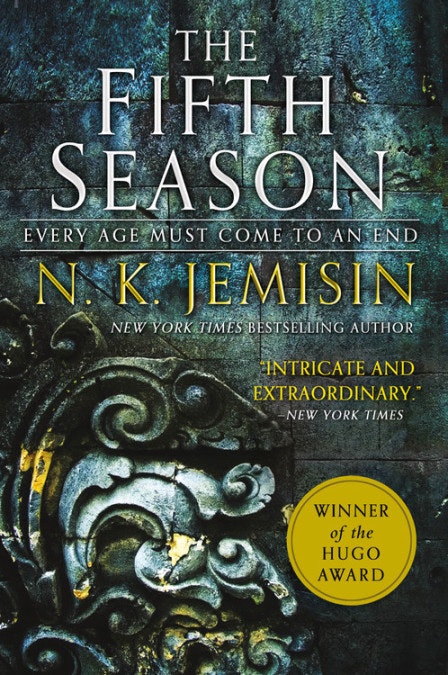 In the Hulu series, Offred is determined to do whatever it takes to protect her daughter. This is a vow Essun, the heroine in N.K. Jemisin’s The Fifth Season, knows all too well. After Essun’s husband kidnaps her daughter, and an environmental disaster called the Stillness tears a crater into the earth that spews ash around the world, Essun embarks on an epic quest to rescue her daughter all while surviving this post-apocalyptic universe. Talk about a dystopian drama. 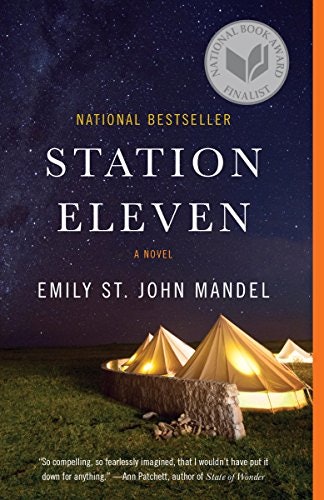 If you were gripped by the sometimes too realistic nature of The Handmaid’s Tale, then you’ll be just as enthralled by Station Eleven by Emily St. John Mandel. Much like Atwood’s novel, Mandel’s follows a strong female lead, Kirsten, who is confronted with a collapsing society due to a deadly virus that sweeps North America. Once you start reading Kirsten’s journey, you might not be able to look away until it’s done.

9. ‘The Power’ By Naomi Alderman 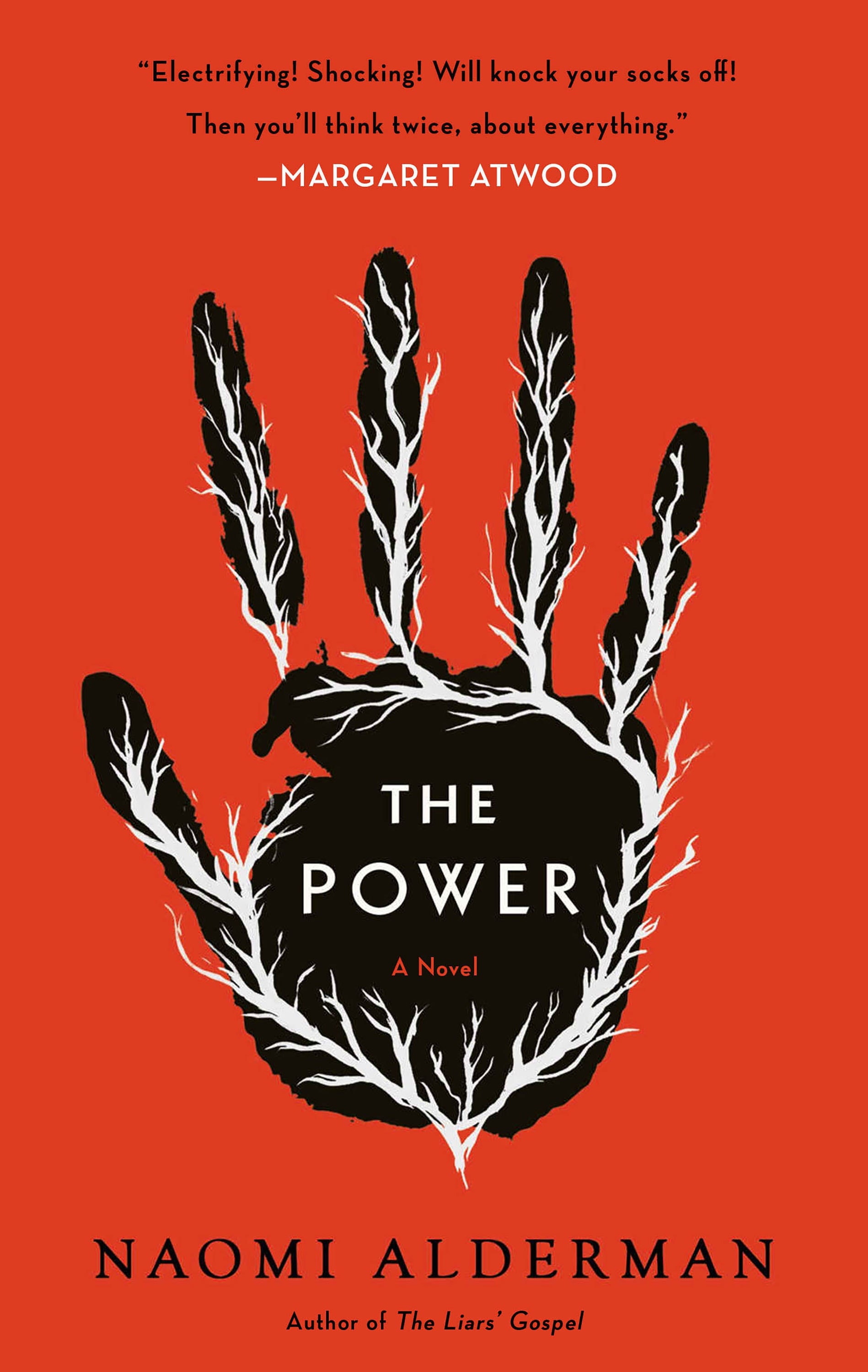 Think of The Handmaid’s Tale, and then turn it on its head. What you’re left with will probably look similar to Naomi Alderman’s The Power. Rather than women being subjugated by men in society, society in The Power sees women at the top of the hierarchy. Teenage girls suddenly have the ability to put people in immense pain or cause them death by producing electricity inside themselves. This book imagines what the world would look like as a result. 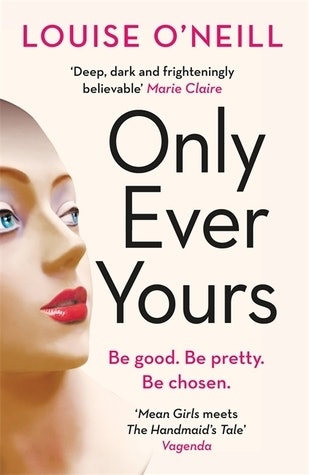 Women in Only Ever Yours by Louise O’Neill are bred for men. Much like in The Handmaid’s Tale, women’s worth in society is dependent on their marriage and child-bearing material. O’Neill’s novel focuses on best friends Freida and Isabel after Isabel challenges the expectations of women’s roles and bodies by gaining weight. The pair must find a way to secure a future for themselves while rebelling against the status quo.

11. ‘Gather The Daughters’ By Jennie Melamed 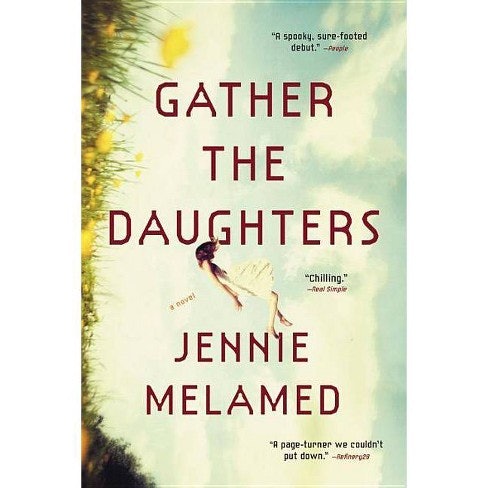 By the end of Season 3 of The Handmaid’s Tale, Offred is slated to become a rebel leader in her dystopian society, and she’s not the only one. Jane Solomon, in Gather The Daughters by Jennie Melamed, champions her own insurrection, too. In Jane’s world, the country has been devastated into a wasteland where men rule and women train to be their wives. But 17-year-old Jane dreams of a better future for herself, and she’s determined to achieve it.

12. ‘Future Home Of The Living God’ By Louise Erdrich 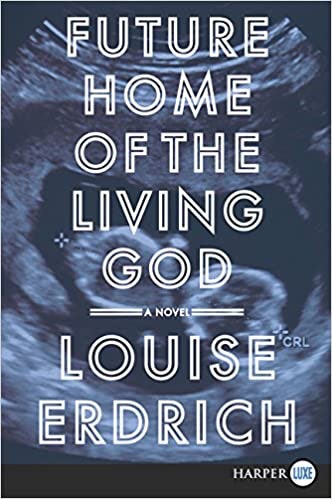 Protagonist Cedar Hawk Songmaker in Louise Erdrich’s Future Home of the Living God is four months pregnant. The only problem? In this dystopian society, humanity has devolved so that very few women get pregnant and many experience stillbirths. If they do give birth, their children are seized and taken from them by an authoritative power. Just like Offred, who had to fight for herself and her child, Cedar must learn to protect her new family by outrunning her crumbling society.