3OH!3 Teams Up With 100 Gecs For First New Song In 4 Years: Listen To ‘Lonely Machines’

Less than a week after 3OH!3 announced their triumphant return, the electronic rock group linked with experimental pop group 100 gecs for ‘LONELY MACHINES,’ a song 3OH!3 tells HL is all about ‘having fun.’

Welcome back, 3OH!3. It’s been a while since the electronic rock duo – Sean Foreman and Nat Motte – released new music, and that drought came to an end on Nov. 13. After dropping a trailer that promised a new era of new music, 3OH!3 made good on the promise by releasing “LONELY MACHINES.” An explosive electro firework of a track, “LONELY MACHINES” blasts straight into the red, like a catchy, glitchy Flash animation being injected directly into the part of the brain that makes you want to dance. Helping 3OH!3’s return is none other than underground electro-experimental pop sensations 100 gecs, a pairing that’s more perfect than perfect.

“LONELY MACHINES” not only sets up 3OH!3’s return to music, but it also is a mission statement for this new chapter for the band. “We started making music because it was FUN,” 3OH!3’s Nat Motte tells HollywoodLife. “We started rocking parties because it was FUN. We started touring because it was… yes – FUN! Over the years, that central mantra of having fun and being inclusive with our music has never faded for us. 2020 feels like a year when we can all use that sense of fun and that sense of play, so Sean and I did what we know best – we got together in my basement and had fun making music.” 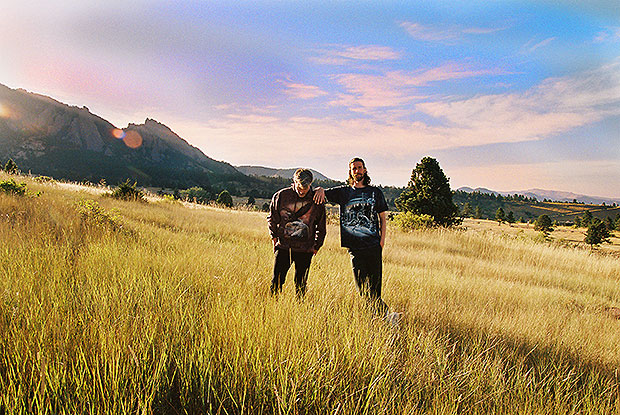 Formed in 2004 when Sean and Nat, both Boulder natives, met while attending the University of Colorado, 3OH!3 (named after their hometowns 303 area code) is best known for their multi-platinum hit, “Don’t Trust Me.” The group has also collaborated with such stars as Katy Perry (“STARSTRUKKK”) and Kesha (“My First Kiss.”) They released their self-titled debut studio album in 2007, and their last major release was 2016’s Night Sports.

Though 3OH!3 have been quiet over the past four years, the duo has been busy behind the scenes. Over the past decade, Nat and Sean have been written and produced some of your favorite songs. Their work can be heard on Maroon 5’s “Love Somebody,” Ariana Grande’s “Tattooed Heart,” and Steve Aoki’s collab with BTS, “Waste It On Me.” 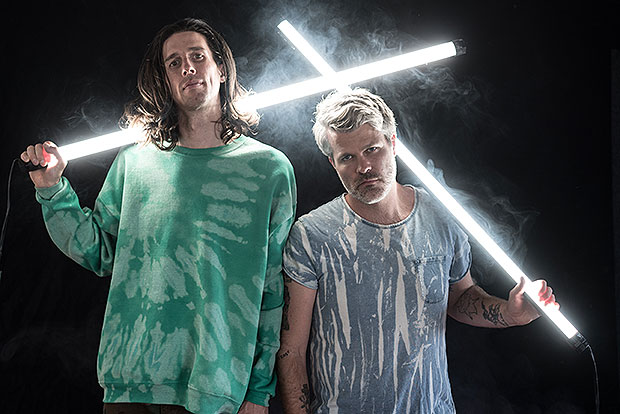 In the years since their debut, 3OH!3 have grown from the college scene kids that blew up in the late 2000s. While speaking with Paper magazine in 2019, the duo addressed some of the lyrics on “Don’t Trust Me,” which have come under fire in the past. “People will get that it’s tongue-in-cheek,” the band told Paper. “In retrospect, if we’d known that many people were going to listen to it, maybe we would’ve thought more about it, but that’s kind of the beauty of what we did, and I think people understand that. Even more so today, when we’re facing so many serious issues, it’s important for music to have fun and put smiles on people’s faces. As far as 3OH!3 and our artistry is concerned, that’s one of the most important things. Let people have fun.”