Victoria Pedretti hasn’t been on the scene for long, but so far she’s booked major gigs and knocked them out of the park. Her newest role is Dani the au pair in Netflix’s The Haunting of Bly Manor, which just premiered on Oct. 9. But what was she in before The Haunting series? Well, in between the two seasons she’s been busy.

1. ‘The Haunting of Hill House’

First off, the first professional gig Pedretti booked out of college in 2017 was The Haunting of Hill House. She attended the Carnegie Mellon School of Drama and worked on two short films before scoring Hill House. And that was her first real show. Not only that but the first season of a Netflix original series that went on to be one of the biggest of 2018.

She starred as Nell Crain, the youngest of the Crain family who moved to a house with a disturbing history and menacing energy. She has a twin, Luke, and they bear the brunt of the trauma the house had to offer. Pedretti’s time in this season is limited compared to the other Crain siblings, but when she is on-screen it’s hard to look away.

2. ‘Once Upon a Time in Hollywood’ 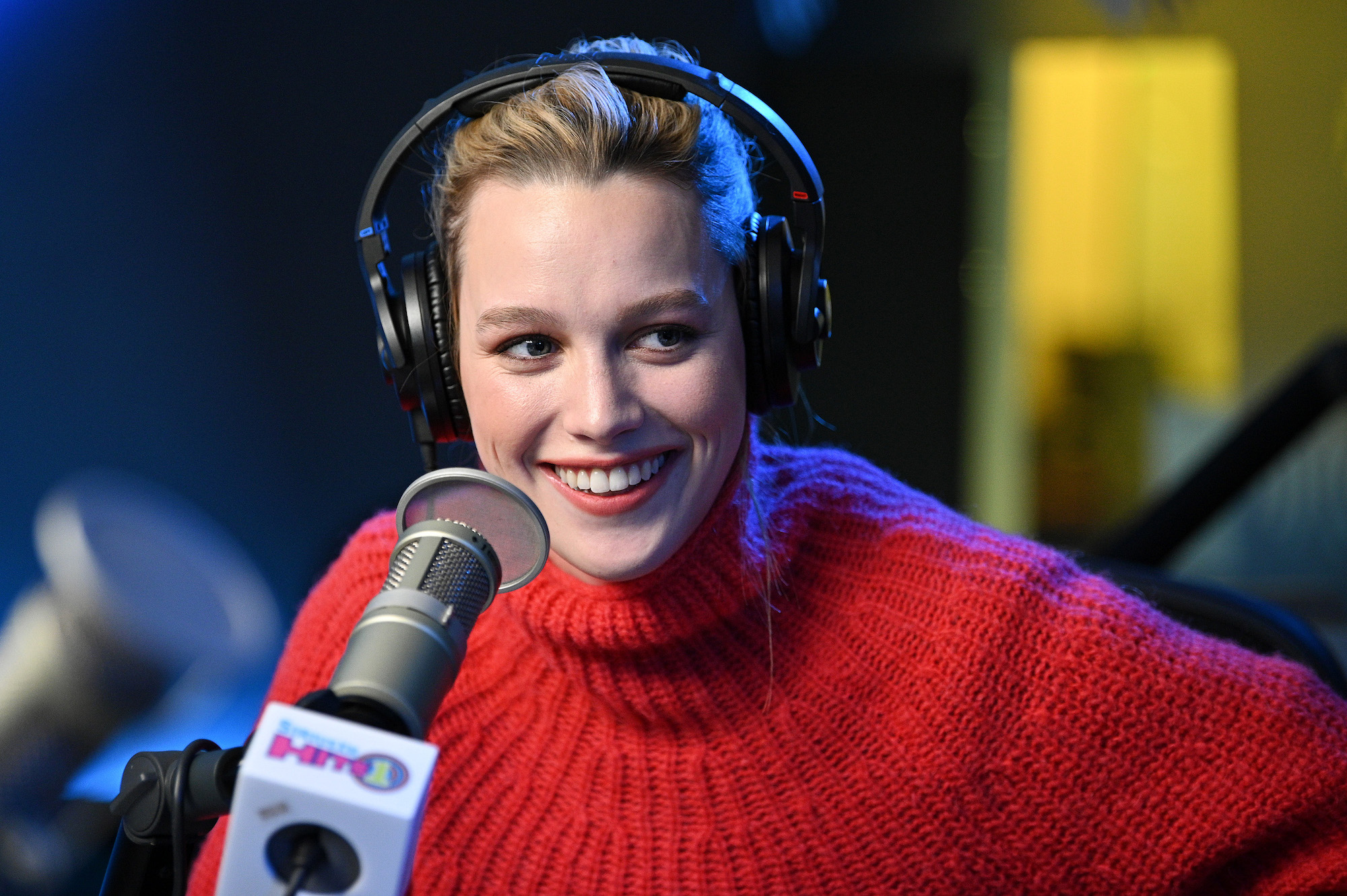 Quentin Tarantino’s Once Upon a Time in Hollywood came out in 2019, after The Haunting of Hill House. But Pedretti was cast while finishing up the Netflix series, and as she told Collider on Oct. 16, Tarantino didn’t hire her based on her past work, because there wasn’t anything for him to see yet.

“I think he was very interested in the fact that I looked like the actual individual,” Pedretti said, referring to her character Leslie “Lulu” Van Houten. “But, you know, I didn’t suck, so.”

Not long after her first Netflix series, Pedretti booked the lead role opposite Penn Badgley in You Season 2. This is after Lifetime let it go, so it was another Netflix original at the time Pedretti came on.

She played Love Quinn, the next woman Joe Goldberg has an obsession with. But unlike Beck in Season 1, Love is not one to be trifled with. She’s also not easily fooled nor is she someone who’s going to realize Joe’s game too late. Why? Because she’s far more similar to Joe than even he’s comfortable with. And interestingly, Love is also a twin to a brother who experiences addiction, like Luke.

“As they were explaining Love to me when I first met with [co-creators] Greg [Berlanti] and Sara [Gamble], I was like, ‘Oh, I don’t know if I want to play the same exact character again,’” Pedretti told OprahMag.com in 2019. “As they continued to explain it, it became clear that these are almost opposite characters. That was a real wonderful progression. To be able to explore the same experiences with individuals who react differently.”

She’s coming back for Season 3, which will begin production sometime soon.

One of Pedretti’s lesser-known series is Amazing Stories on AppleTV+. It’s another anthology series like The Haunting, and it’s based on the 1985 show of the same name created by Steven Spielberg. Eddy Kitsis and Adam Horowitz, who worked on Once Upon a Time, were the showrunners.

Every episode is different, of course, and Pedretti opened up the season with Dylan O’Brien in “The Cellar.” O’Brien’s character is renovating a house and is teleported to the year 1919. Pedretti plays Evelyn Porter, and the two showrunners had to get her on the show.

“We were obsessed with her on Hill House and the benefit of working with Amblin is, ‘Can you get this to Victoria?’ — and they did,” Kitsis told TheWrap in March 2020.

Lastly is Shirley, a film interestingly about the life of Shirley Jackson. Jackson is the real-life author of the book that The Haunting of Hill House is roughly based on. Elisabeth Moss plays Jackson and Pedretti plays a character named Katherine. Even though it came out this past summer, Pedretti booked it around the time she was still finishing up with The Haunting of Hill House.

“I believe it was a weird coincidence,” Pedretti told Collider about being in two projects that had to do with Shirley Jackson or her work. “It was something that I mentioned when I had my callback. But, yeah, it was just a very strange coincidence.”

With these impressive series and movies under her belt, and the success as the lead on The Haunting of Bly Manor, Pedretti is surely going to be around a lot longer.