ABC Radio Melbourne’s remarkable ratings surge may be over

ABC Radio Melbourne’s remarkable resurgence in 2021 appears to have hit its limit, with audience share down across every time slot in the latest GFK survey results.

The ABC’s share across seven days dropped from 12 per cent of all listeners to 11.2 per cent in the survey covering August 15 to October 30, as talk rival 3AW (which is owned by Nine, owner of this masthead) picking up a 0.9 point boost to an 18.9 per cent share overall. 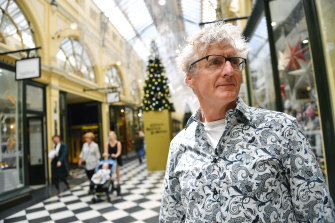 Where have they gone? David Astle’s evening show shed 1.8 points in the latest survey. Credit:Joe Armao

The biggest decline was in evenings, where David Astle’s show shed 1.8 points to finish with an 11.3 per cent share of audience. That still left it as the second-most-listened-to show in that slot, behind 3AW’s money show with Brooke Corte at 7pm and Denis Walter from 8pm (the survey is broken down by blocks of time rather than specific shows).

The result is the second straight decline, suggesting the resurgence the ABC has enjoyed this year may be at an end.

The ABC started the year with an 8.7 per cent share in survey one, which left it in fourth place behind SmoothFM on 8.9, Gold on 11 and perennial frontrunner 3AW on 16.3.

Its share dipped further in the second period to 8.6 per cent, with Virginia Trioli’s mornings show pulling less than half the audience of Neil Mitchell on 3AW (9.5 share to 19.5). 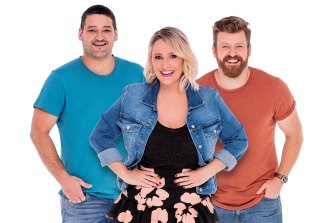 Now Epstein has dropped back to 11.8, Trioli to 13.9 (down 0.3 points), while Sammy J in the breakfast slot also shed 0.3 points to finish with 14.3 per cent – a full 10 points behind the all-conquering Ross Stevenson and Russel Howcroft on 3AW with a monster 24.3 per cent share.

On the FM band, it is largely a case of steady as she goes, except for Fox, which has been steadily losing share this year.

Having started 2021 with a 7.5 per cent audience share before peaking with 7.8 in survey 3, Fox has now endured four consecutive declines, to finish the latest survey with a 5.5 per cent share across the board.

Owner Southern Cross Austereo will likely be especially concerned with the declining fortunes of its breakfast show. The line-up of Brendan Fevola, Fifi Box and Nick Cody have seen their share slide from 7.9 per cent in the third survey of the year to just 4.7 per cent in survey seven.