Netflix adds an impressive number of movies this month. On the first of the month, over 50 films joined the service. This week only nine join, but the quality of options makes up for the more limited number.

Most notably, Paul Thomas Anderson’s 2012 movie, “The Master,” joins on Jan. 14. The movie serves as one of Philip Seymour Hoffman’s last acting roles before his death in 2014. Joaquin Phoenix, who also stars, just earned an Academy Award nomination for his role in the 2019 movie “Joker.” Both earned nominations for their roles in “The Master.”

The 2015 movie “Steve Jobs” and the 2013 “The Bling Ring” also join this week. Those two movies may have had better trailers than actual movies, but I still liked both at the time, particularly the former. Speaking of liking movies at the time they debuted, the 2002 movie “Big Fat Liar” ― starring Amanda Bynes, Paul Giamatti and Frankie Muniz ― also joins the service. I loved that movie while in grade school and even read the “novelization” version. I can’t say I recommend watching it now, though. Well, maybe just the ridiculous trailer, in which Giamatti turns blue.

Netflix also adds an original Netflix Film with “Tyler Perry’s A Fall From Grace,” which debuts on Jan. 17.

And if you want to stay informed of everything joining Netflix on a weekly basis, subscribe to the Streamline newsletter. 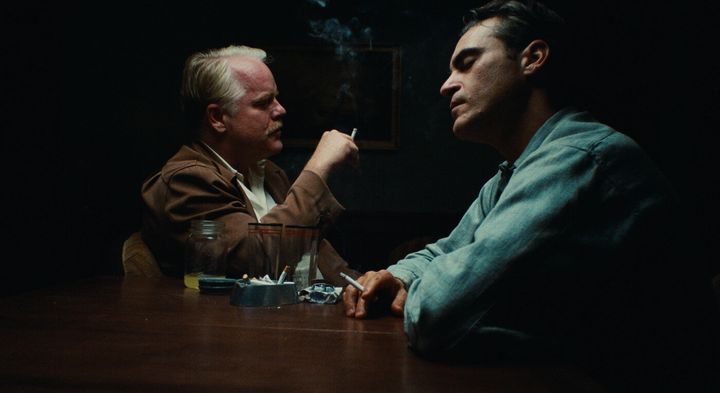 Details: A wandering World War II veteran sneaks onto a yacht in San Francisco. This boat is occupied by the leader of a Scientology-esque religious movement and the leader takes the stowaway under his wing. The stowaway veteran can have violent spurts and ultimately serves as muscle for the growing movement. The sense of purpose gives the veteran some peace of mind, even if fleeting.

The movie earned three Academy Award nominations for acting, with Adams, Phoenix and Hoffman getting the noms.

Watch On: Anderson spoke about creating “The Master” for a series called “The Director’s Cut” on YouTube. The video runs over 11 minutes and also features interviews with the cast. Watch here: