Allegations Of Abuse Within The Convent Walls

Religious orders are supposed to provide spiritual guidance to those who join. But some of the women who entered Sisters Minor of Mary Immaculate (SMMI) say they faced physical and emotional abuse.

Patricia Budd, one of the former nuns of SMMI, first entered in 1995 in hopes of connecting with her Catholicism. It was at her first retreat where she met the order’s U.S. delegate, Sister Theresa Kovacs.

“It was a lot of hugs. There was a lot of encouragement,” Budd told HuffPost. “They would listen to you, and you felt really important, and you felt like you’re valued.” But soon after she joined, Budd and the other nuns realized things were not as they seemed.

“I witnessed other girls just being yelled at on a constant basis by Theresa Kovacs,” said Rose, who joined SMMI in 1995. (Three interviewees asked to only be identified by their first names.) According to Rose, a sister named Georgiana often got the brunt of Kovacs’ anger.

“It would be a torrent of the nastiest stuff you could ever say to a human being, she would say to me,” said Georgiana. “It was meant to keep people in line.”

Theresa Kovacs did not respond to multiple requests for comment.

According to Budd, they even had their food restricted. 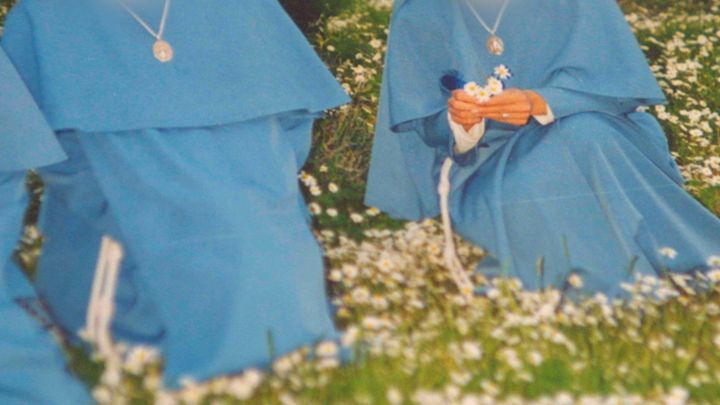 When Georgiana was recovering from a near-death experience with cancer, she was moved to a convent in Stamford, Connecticut, to recover, where she said Kovacs would enter her room at night and sit with her. Barbara, who often heard Kovacs enter Georgiana’s room, was concerned. “I just wondered, why would you be coming up there late at night like that?” she said.

Rose, whose room was nearby, also heard Kovacs yelling at Georgiana during these late-night visits. It was at this point that Rose knew she needed to leave. However, upon entering the order, she was asked to hand over all of her material possessions and forms of identification. Without money and an ID, leaving SMMI became more like escaping. After only three years in the order, she left one day when Kovacs was away in Italy.

“We were able to arrange for us just to leave in the middle of the day without our habits and with borrowed clothes,” said Rose. “We must have looked like we just walked out of a hospital bed out of a coma.”

Each of the four women left the order separately, over the course of many years. Barbara left after two years in the order. Patricia Budd left after seven years. Georgiana left after 15 years.

Despite their experiences in SMMI, the women all still feel ties to their Catholic faith. While Rose is a devout Catholic, she acknowledges the problems that exist within the church.

“The Catholic Church does have many problems, and many other places have problems. Many companies have problems in the corporate world, that ever since I got out, I’ve seen,” she said. But she encourages others to separate their faith from those institutions. “It can affect your spirituality that way if you don’t separate the two. They’re separate.”

Now, these women are speaking out in hopes of raising awareness for others who may find themselves in abusive environments.

“I would like to also make others aware so that if they are suffering the same kinds of things, that they don’t feel bad about themselves and that they come forward. Because it’s not their fault. Because people make bad choices, doesn’t mean we have to hide and suffer from it.  I am not going to let it own me anymore,” Georgiana said.

To hear the full story, watch the video above.

If you are a victim of a crime or survivor of abuse, there is help. Call 1-855-4-VICTIM or visit VictimConnect.org.