It’s official! Will Jardell and James Wallington, winners of The Amazing Race season 32, married on Friday, December 3, in New Orleans, Us Weekly confirms.

“This moment has been a long time coming and it’s such a relief to FINALLY be married and call ourselves husbands,” the couple tells Us. “The best part is having everyone we love in the same space to be a part of this special moment. It’s going to take some getting used to saying ‘my husband’!”

Couples Who Survived the Reality TV Curse (So Far)

In attendance at the special event, which took place at the New Orleans Athletic Club, were their TAR costars Eswar Dhinakaran and Aparna Dhinakaran (grooms-woman), DeAngelo Williams and Gary Barnidge, Kaylynn Williams and Haley Williams, Leo Folsom and Alana Folsom, Michelle Newland and Victoria Newland, and Kellie Brinkley, the latter of whom served as the officiant. 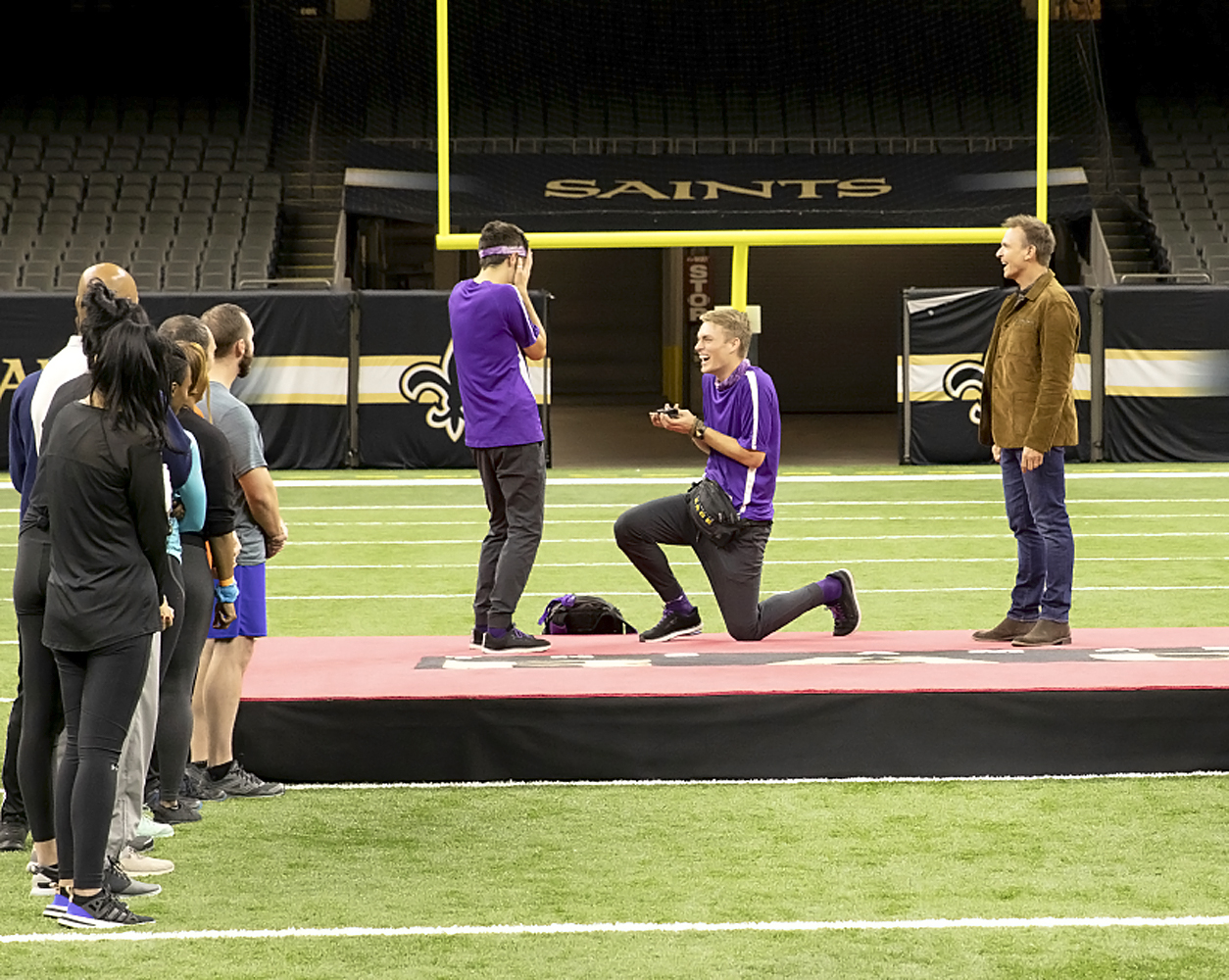 The longtime couple, who met back in 2014 while attending the same events (Will was runner-up on the aforementioned cycle 21 of America’s Next Top Model and James competed in the 2013 CW series Capture alongside his sister Rebecca), had to postpone the nuptials three times due to the ongoing coronavirus pandemic.

“We knew it was the right thing in order to eventually celebrate safely with our loved ones,” Will and James tell Us. “We think it all worked out the way it was always meant to be because the date all our vendors were available was December 3, which after thinking back on it, happened to be the exact date we crossed The Amazing Race finish line in New Orleans and got engaged. We couldn’t be happier with how everything turned out and can’t thank our vendors enough for being flexible with us over this past year.”

The newlyweds will head on their honeymoon in the new year. “We are traveling with Hurtigruten Expeditions for a nine-day cruise to the Galapagos with a pit stop for two days in the Amazon of Ecuador!” they say. “We’ve been itching to travel abroad again.” James has visited before and is “looking forward to experiencing it with Will.”

After that, the couple will work on expanding their brood. “We’re most excited to start a family together,” Will and James tell Us. “We’ve talked about adopting kids ever since we first met and we’re even more so looking forward to the process because of how positive the experience was of reconnecting with James’ birth mom in 2017.”

James “loved being able to share that special moment with Will,” who for his part, is “ready for the next chapter.” He adds, “We’ve been in this wedding phase for the past three years and finally being able to relax and start a new adventure together is so exciting. James is my favorite person to do life with and no matter what’s next we are ready to tackle it head on!” 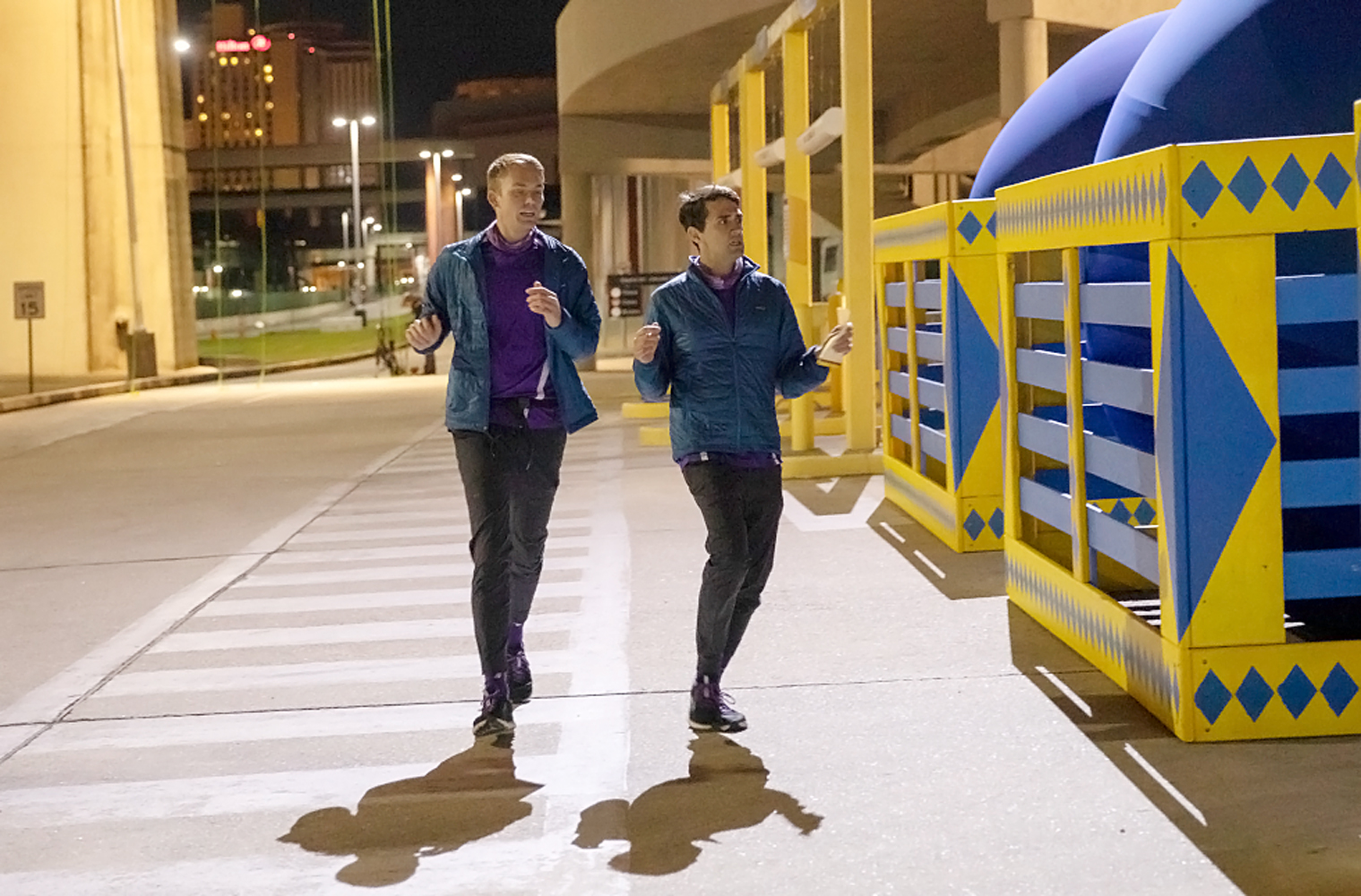 Getting engaged on the mat at the finish line of the long-running CBS series was extra special for the pair who grew up watching the show.

“Watching reality TV was our first exposure to LGBTQ people in the real setting that weren’t actors or weren’t portraying some story in a movie or a television show,” Will previously told Us after their win in early 2021. “That became our outlet as young people to see real people living out their truth. So for us be able to run the race as a gay couple – for the show to never mention that we’re gay, to just refer to us as a dating couple – was huge. And then to end the season with us winning and then also getting engaged was massive for the show to showcase that.”