AN Amazon manager was allegedly filmed racially abusing a black delivery driver from his own company – and then got him FIRED.

Brad Boynton is said to have sent bosses his doorbell cam footage, which shows him calling Nikolas Mayrant the N-word after he walked on the lawn. 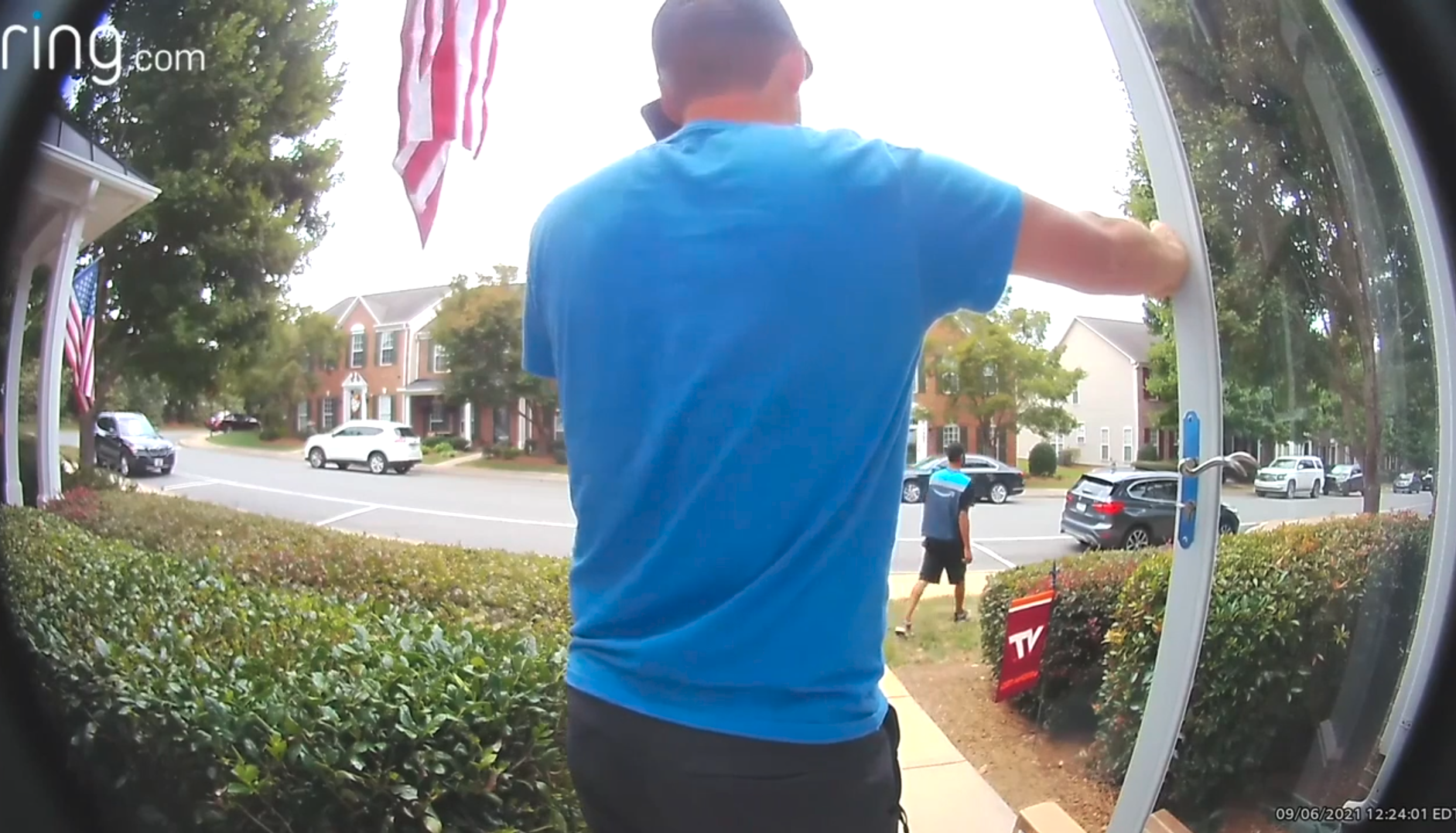 The video shows the homeowner ranting at Nikolas and yelling at him to "walk the f*** away", apparently while also speaking on the phone.

It is claimed he was calling Amazon at the time to complain about his delivery, and also took photos of the driver.

The man can be heard screaming at him again for walking on the grass, saying he did not "follow the policies".

He is then heard calling Nikolas "n*****" at least twice.

A short clip of the bust-up in Cornelius, North Carolina, was posted on Instagram by Nikolas' sister Heather Rose.

She named the "racist" customer as Brad Boynton, who according to a LinkedIn profile is employed as a program manager in Amazon's transport division.

The profile appeared to have been taken down today, along with his Facebook page.

Heather said in her Insta post: "I know racism is still alive, mean I see it all the time on the internet & it hurts me then, but it's a little more heart breaking & shocking to see when it's my blood brother.

"Anyone who knows my brother knows he is the most quiet person & stays to hisself!

"My brother was FIRED from his job for asking the guy why the pics & walking on his grass after he called him a N-g**."

Nikolas said he was axed after Boynton sent the Ring doorbell video to hisAmazon station manager – even though it shows he was the victim of racial abuse.

He claims the homeowner falsely complained he had breached a series of policies, including by how he parked his car, according to Revolt TV.

“This is nepotism and racism at its finest,” Nikolas wrote on a since-deleted GoFundMe page.

The video sparked a wave of support for Nikolas and threats to boycott Amazon over the way he was treated.

Civil right attorney Benjamin Crump reposted the video to his 714,000 followers on Twitter.

He said: "This is unacceptable! A Black Amazon driver was FIRED from his job after a neighborhood resident called him racial slurs & harassed him while taking photos of him.

"Why was this young man terminated when he was the victim of this shameful harassment?!"

Amazon has not yet responded to a request for comment, reports DailyMail.com. 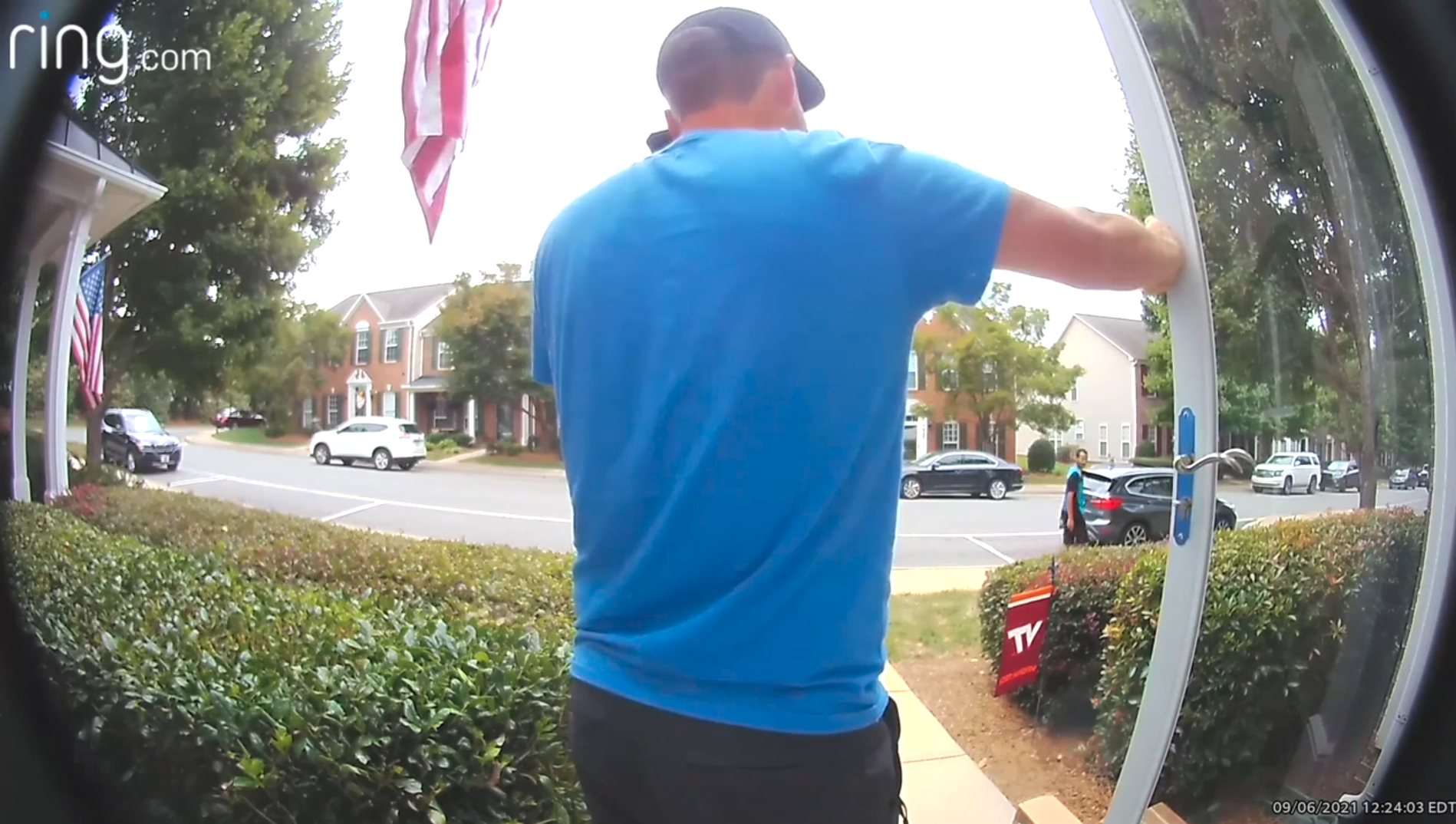 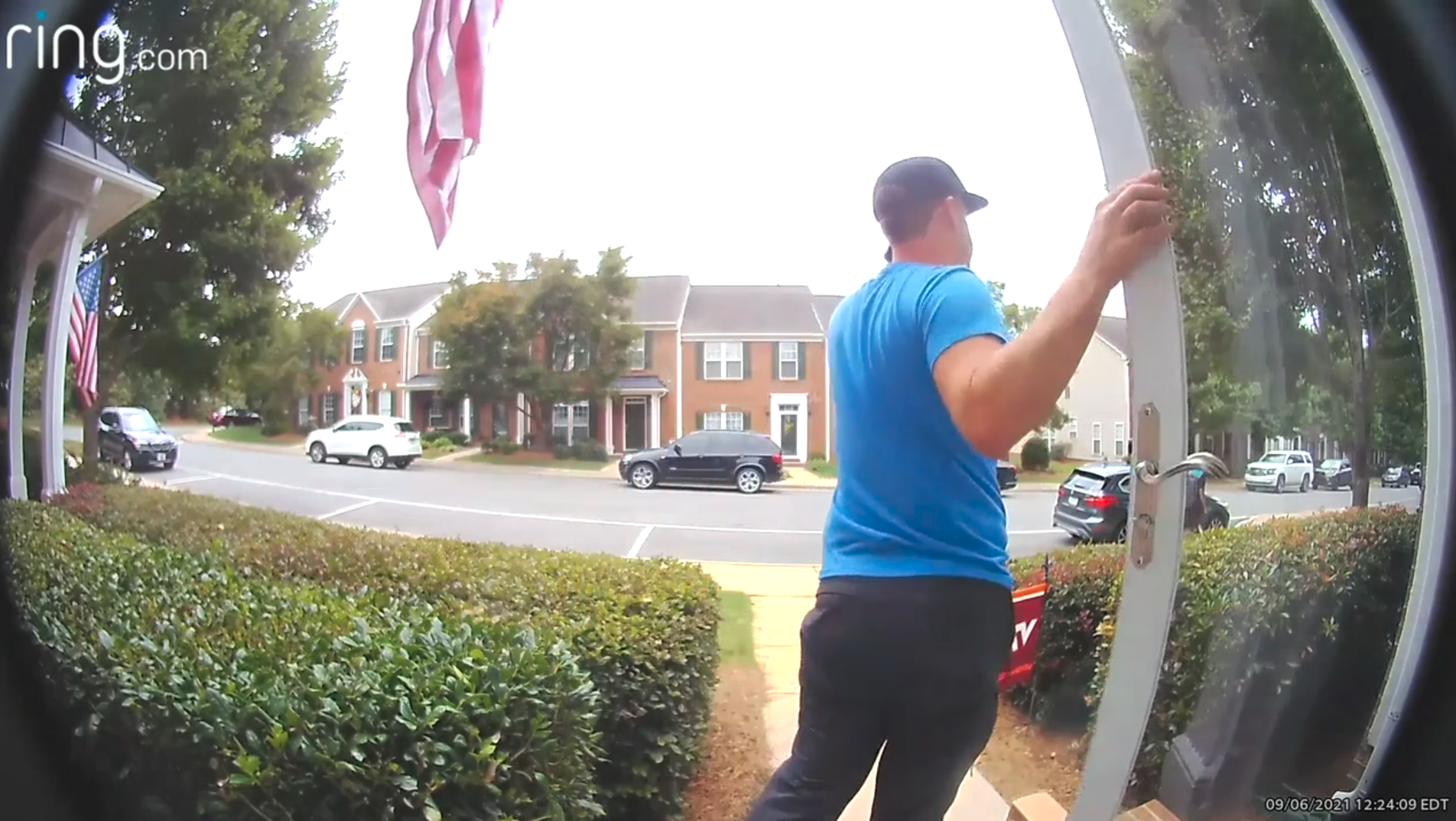