Ryan Seacrest interrupted the April 11 episode of ‘American Idol’ with a shocking update: Kenedi Anderson has dropped out of the competition.

American Idol season 20 just had its first shocking moment. Platinum Ticket winner Kenedi Anderson has left the competition. Ryan Seacrest made a special announcement during the pre-taped episode. Kenedi had just performed a fantastic rendition of “Human” by Christina Perri.

“You might have noticed that there was no voting information during Kenedi’s performance just now,” Ryan said. “Since we taped these shows in Hawaii earlier, Kenedi has decided to withdraw from our show for personal reasons. We send her well wishes.” 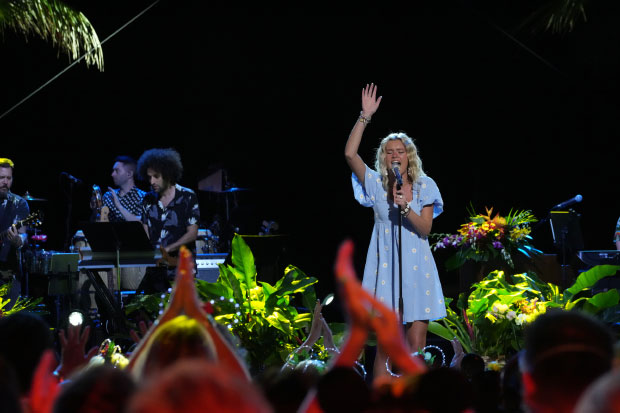 Kenedi became an instant frontrunner when she auditioned with her stripped-down rendition of Lady Gaga’s “Applause.” The judges awarded her the second Platinum Ticket, which allowed her to bypass the first round of Hollywood Week.

Prior to the Kenedi shocker, Cadence Baker kicked off the night with a solid rendition of “Something’s Got a Hold on Me” by Etta James. Luke Bryan said that this was Cadence’s best performance “since her audition.” Lionel Richie and Katy Perry agreed. “I thought that was just fantastic,’ Lionel raved.

Sir Blayke hit the stage next with his rendition of The Script’s “Breakeven.” Katy told Sir Blayke that he showed off vocals they didn’t know he had. Luke noted that Sir Blayke really “upped” his game with this performance.

The Voice alum Allegra Miles puts a unique twist on “Adore You” by Harry Styles. The performance is a little uneven at times, but you have to admire her creativity. Luke loves Allegra’s voice but told her to “open up” her voice “a little more and enunciate a little better.” Lionel commended Allegra for having such a style whenever she steps on stage.

This recap is developing…