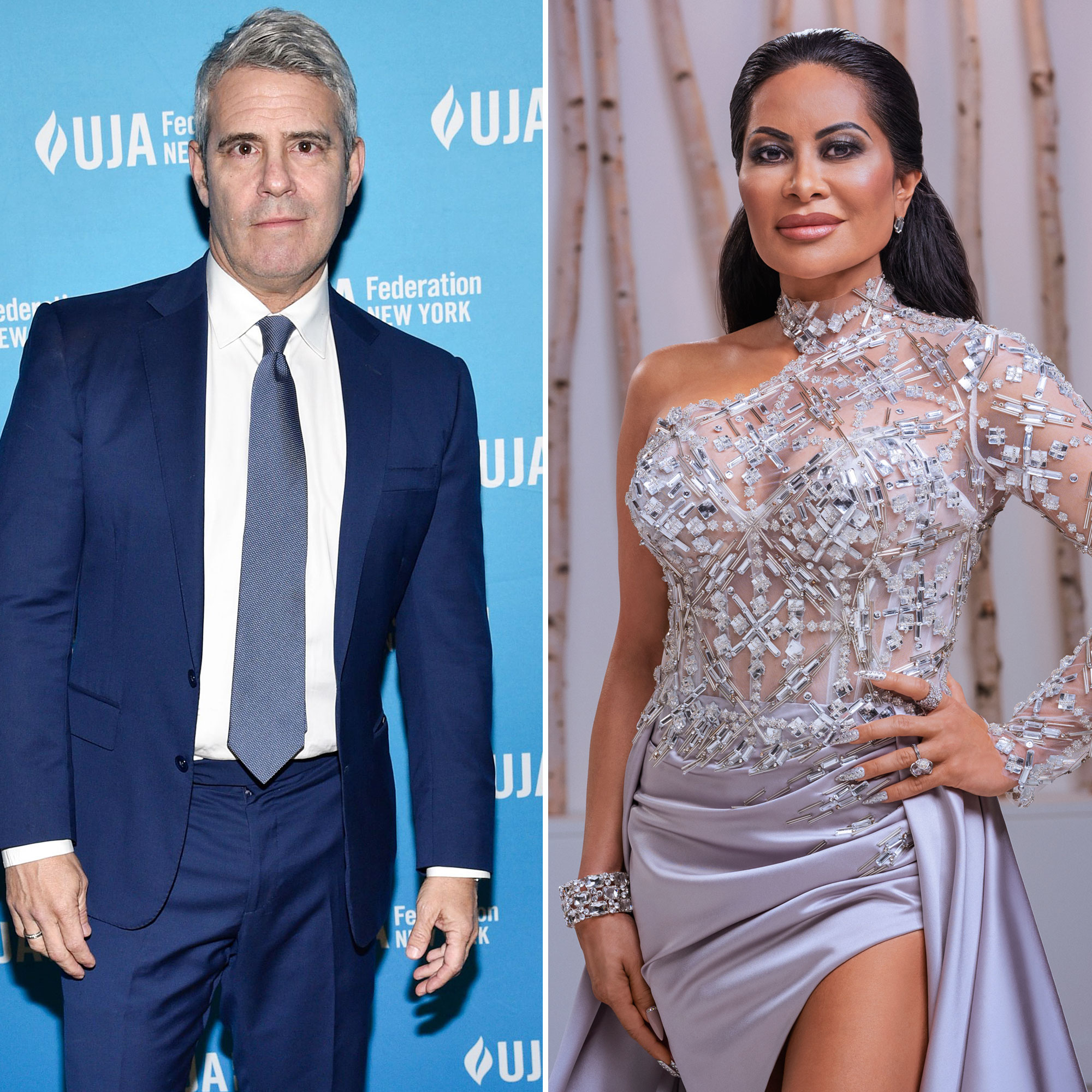 Not sure where he stands. Andy Cohen had a live reaction to Real Housewives of Salt Lake City star Jen Shah’s guilty plea as the news dropped right in the middle of his radio show.

RHOSLC’ Jen Shah Pleads Guilty in Fraud Case: When Will She Be Sentenced?

After hearing Shah, 48, was pleading guilty to a count of conspiracy to commit wire fraud in relation to telemarketing, Cohen, 54, was initially hesitant to speak negatively against her. “All it means is you’re changing your guilty plea,” the Missouri native said during the Monday, July 11, episode of his Radio Andy show. “I don’t know how I feel about this.”

The host went on to reveal that Shah had just sent his daughter, Lucy,  a gift “out of nowhere,” prompting sympathy for the Utah native. “And I was like, ‘Jen Shah, with everything you have going on, that you thought to send to send Lucy a gift…’ I just thought that was so nice of her.”

Cohen’s cohost John Hill, for his part, wasn’t as quick to brush off the news. “Right, well, when you say you’re guilty of something, it maybe means you’re guilty,” he replied.

While the two men agreed that Shah was definitely an “honest” person, Hill, 43, explained that empathy should be aimed toward the victims of the alleged telemarketing scheme.

Later in the episode, when a fan called in and compared Shah’s situation to Teresa Guidice pleading guilty to tax fraud charges in 2014 — with the caller pointing out that viewers have been “supporting her for years” — Cohen admitted the situations were different.

“What I’ve found regarding viewer response to some of these moments that have happened, some of the viewers are more outraged when there are — you know, when you look at Tom Girardi and what it looks like he did— actual victims that you can look at,” the Watch What Happens Live With Andy Cohen star explained, referring to Erika Jayne’s being accused of millions of dollars in client funds. “When you look at Joe Giudice defrauding the government of some tax money, I think you wind up getting more upset when you know that there are victims.”

Jen Shah’s Family: What to Know About Her Husband, Assistant Stuart

The Shah Beauty founder changed her original not guilty plea during a court hearing in New York City on Monday. By agreeing to plead guilty to the wire fraud charge, the U.S. Attorney’s office agreed to drop the second charge against her: conspiracy to commit money laundering.

“In 2012 to March 2021 in the Southern District of New York and elsewhere I agreed with others to commit wire fraud,” Shah told Judge Sidney Stein on Monday, reading from a prepared statement, according to Good Morning America. “I knew this was wrong. I knew many people were harmed and I’m so sorry.”

Mention It All! Real Housewives’ Legal Troubles Through the Years

When the judge asked the reality star if she knew her actions were “wrong and illegal,” the TV personality replied, “Yes, your honor.”

Us Weekly confirmed on Monday that Shah entered into a plea agreement with federal prosecutors that called for a prison sentence of up to 14 years. The agreement also stated that she would have to pay victims up to $9.5 million in restitution. The RHOSLC star previously faced up to 30 years in prison for the wire fraud charge and 20 additional years for the money laundering charge. She will be sentenced in November.