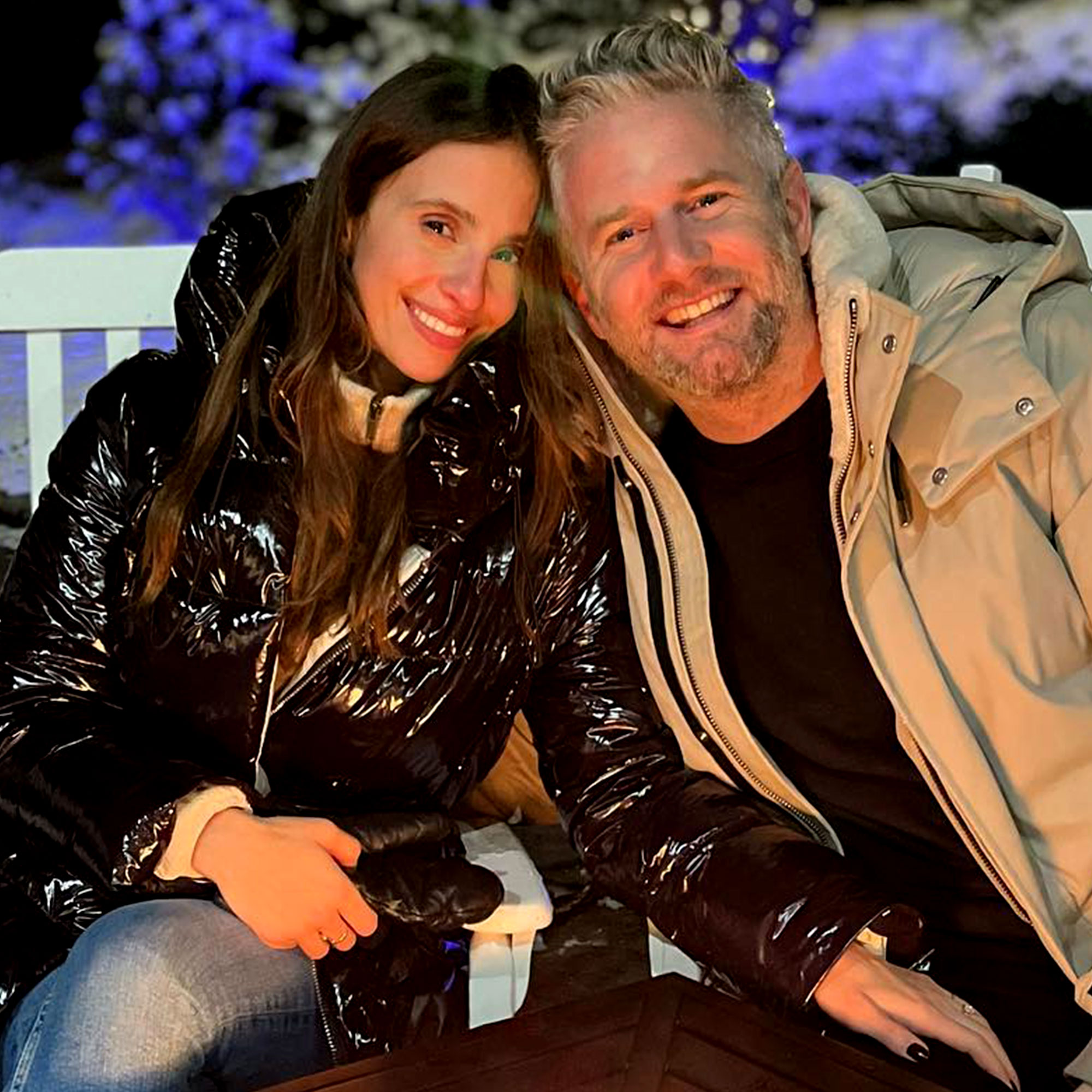 “Nothing will beat my 35th birthday! 👶🏼🥰,” Grimaldi, 34, wrote via Instagram on Friday, September 30, alongside a photo of herself and Wolfe, 36, at the hospital wearing party hats after welcoming their newborn. “Our little miracle decided to be born one day before mommy’s birthday, so we celebrated his BIRTH date and my 35th at the hospital as a new family! 🥹🤍 Mommy & Daddy LOVE you SO SO much!!! Thank you for choosing us and for giving us the BEST gift of all – being YOUR parents! ❤️😍🧿.”

The former reality star shared the news of her pregnancy on Instagram eight months after the duo tied the knot. She posted a compilation of black-and-white photos of her growing baby bump from a photo shoot with her husband.

After a year of dating, the businessman put a ring on it. “August 9, 2020 will forever by my favorite DAY OF MY LIFE!!!!!!!!!!! @jbrwolfe YOU ARE MY EVERYTHING AND I CANNOT WAIT TO BE FOREVER AND EVER WITH YOU!!!!!! #engaged,” Grimaldi wrote via Instagram at the time.

The couple got married one year later. Surrounded by immediate family, Grimaldi and Wolfe exchanged nuptials in their hometown of Montreal, Canada, at Le Mount Stephen Hotel in August 2021.

Grimaldi was previously engaged to Nick Viall after appearing on his season 21 of The Bachelor, which aired in 2017. They called it quits in August of that same year.

Nick Viall’s Season 21 of ‘The Bachelor’: Where Are They Now?

“It’s with a great amount of heartbreak for the both of us as we have decided to end our engagement,” the Bachelor exes told Us Weekly in a joint statement at the time. “We gave this relationship our all and we are saddened that we did not get the fairy-tale ending we hoped for. We will continue to be there for each other no matter what. This hasn’t been an easy decision, however, as we part ways, we do so with lots of love and admiration for each other.”

The teacher moved on with Wolfe after her split from Viall, 41, in January 2019. Viall would later comment on her engagement announcement. “Well thank god I followed you back a week ago to hear this news,” he responded to the post. “Congrats to you two! Lucky guy.”

Viall, meanwhile, has been dating Natalie Joy since summer 2020.