Oxford graduate, 66, who lives off-grid in rural Wales in a hut built out of mud and manure tells Ben Fogle she doesn’t care if people think she’s ‘crazy’ on New Lives in the Wild

A woman who left her former life behind to live in the woodlands of Pembrokeshire 20 years ago tells presenter Ben Fogle she doesn’t care if other people call her ‘crazy’ on New Lives in the Wild.

Tonight’s episode of the Channel 5 show focuses on Emma Orbach, 66, originally from England, who has been living in a mud hut she built herself and living off the land of Pembrokeshire, Wales, since 2000.

Ben Fogle, who initially met Emma in 2015, revisits her again five years on to see how she’s fared.

Having graduated from Oxford, Emma moved to Pembrokeshire with her husband and their children before taking it one step further and deciding to live a wilder life at the turn of the millennium, which resulted in the end of her marriage.

Since then, she has developed a gentle way of life in harmony with the Earth, built several mud huts on her land, and has goats and horses to help her with food.

The quasi-hermit, who lives completely off-grid, tells Ben she guesses people would call her crazy, but says she doesn’t care – adding she feels other people are crazy for destroying the Earth. 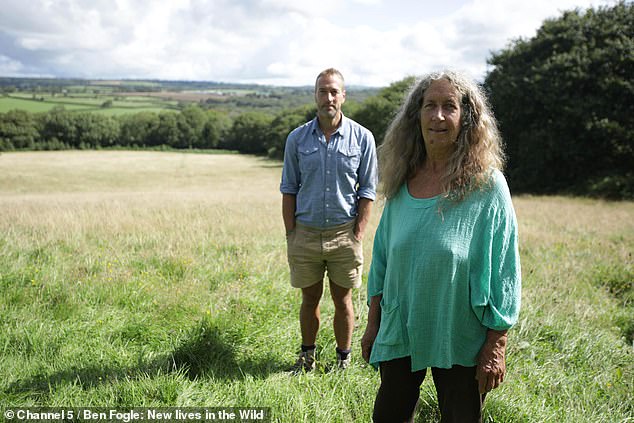 Ben Fogle returns to Pembrokeshire to once again visit Emma Orbach, 66, an Oxford Graduate who lives in a mud hut she built after shunning society in 2000 in favour of a more primitive way of life

Ben, who has travelled around the world to meet people who have opted to live sustainable or alternatively, says Emma is still the ‘wildest’ person with the most ‘primitive’ lifestyle he’s ever met.

Returning to see Emma five years after his initial visit, Ben asks her whether she is still single – before questioning whether she wonders what other people think of her.

The Oxford graduate says she doesn’t, replying: ‘I think other people are crazy for the way they live but that’s their business, isn’t it?’

‘We’re all free, it’s my story to choose what I do in my world – as long as you don’t hurt anything, and that includes the Earth.’ 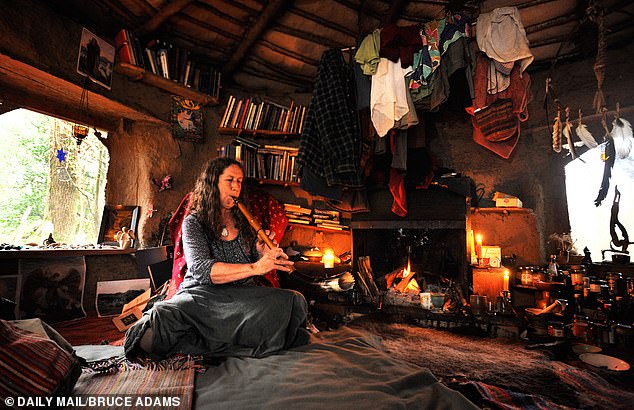 Emma, pictured, said she didn’t care if other people thought she was crazy for living the way she did, and said she thought they were crazy for polluting and hurting the Earth

‘So I think people are crazy for destroying the Earth in the way they live. Why would you destroy your life support system? It seems crazy to me.’

Turning to the cameras, Ben says: ‘People would almost dismiss her as crazy or alternative or cult-life, but it’s much more profound than that. Everything is very considered.’

The nature lover built her mud hut – which can only be accessed via a long walk   – with straw, mud and manure. It has no electricity, gas, or running water, and cost less than £1,000 to build.

‘It’s not that long since everybody lived like this,’ she tells Ben, showing him around. 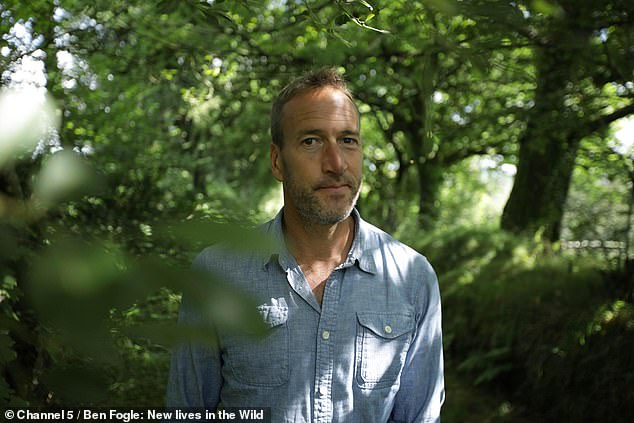 Emma, whose huts are surrounded by neighbouring community who have embraced her simpler way of life, used to live in England with her university sweetheart.

In 1993, she and her husband founded the Brithdir Mawr eco-community in the Preseli Mountains near Newport.

But Emma wanted to experience even more of wild living and her husband did not, leading to their separation.

Her family moved back to England, but Emma’s children still visit her from time to time. 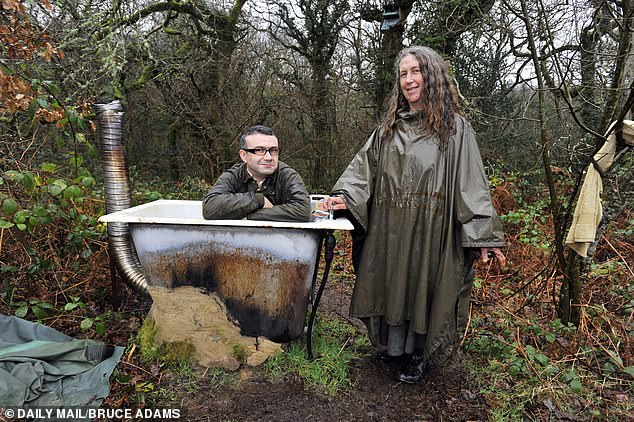 Emma, who built her huts herself says she doesn’t want to hurt the Earth and doesn’t mind the painstaking lengths she has to go to to live sustainably

Simple daily activities such as making a cup of tea require Emma to make several different steps – from fetching the water in the woods, to milking one of the three goats she has on her land and then starting a fire to bring the water to a boil.

But Emma doesn’t mind the painstaking steps taken – so long as she remains in harmony with the Earth.

Emma has been working the land with the help of her horse, which she affectionately calls her ‘tractor.’ 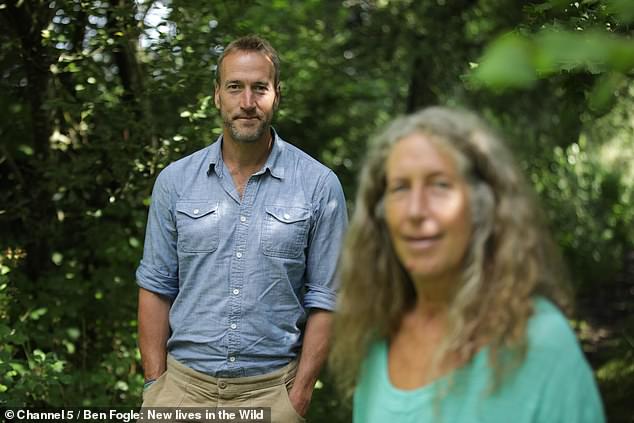 Emma tells Ben she wants for nothing and is very happy with her life, but says she doesn’t understand how other people can destroy their life support system

Currently, Emma and her neighbours are working on a communal hut for gatherings which Ben helps build during his visit.

Emma, who discusses the challenges posed by ageing and explains that she enjoys learning from her mistakes, adds she is fine living by herself – before joking her life is a ‘health and safety nightmare.’

And when Ben questions what would happen if she was to have an accident, Emma says she doesn’t really think about it.

Reflecting on her life choices, Emma adds she doesn’t want anything and feels very much content.

‘I feel that I live luxuriously with everything that I need,’ she explains. ‘I made my house out of a lot of things I found in the woods. I’ve got enough fuel, kindly provided by the trees, I got my orchards and my goats and my chicken and horse. I feel I’m very fortunate.’

But when Ben asks her whether she is living the ‘dream life,’ Emma sadly observes: ‘If it’s the dream, why are people running in the opposite direction? It’s curious, isn’t it.’

Ben Fogle: New Lives in the Wild airs tonight at 9pm on Channel 5.