Best man brings down the house with his ultimate wedding joke

Best man brings down the house with a VERY cheeky wedding joke about the bride that leaves the groom red-faced: ‘I knew she’d have my last name’

A groom’s cheeky younger cousin made a hilarious joke during his speech, admitting the first time he saw the bride he hoped they would ‘one day share the same last name’.

In a show-stealing speech the best man, Todd McPherson, said he first laid eyes on the bride when he was in year seven, navigating his way through the maze of school buildings.

‘A lot of you may not believe this but I somewhat saw this day happening back in 2009,’ he began. 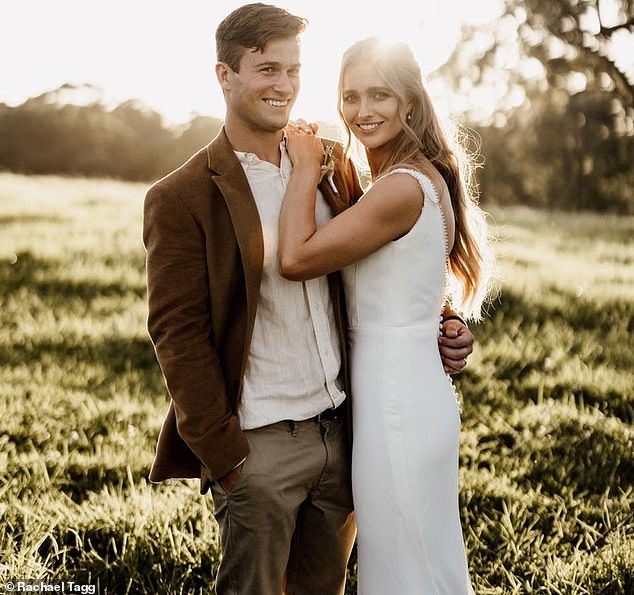 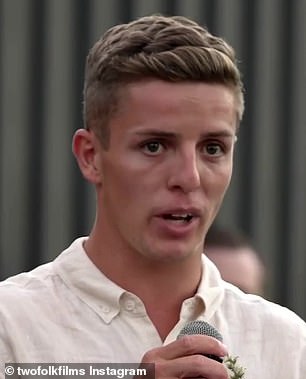 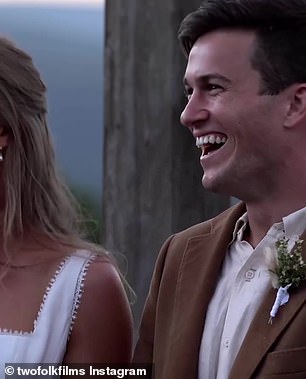 The groomsman kept a straight face as he made the joke, which was well received by the newlyweds

The bride was in a group of senior girls rushing through the corridor in the opposite direction, he explained.

‘I remember seeing Kirb [the bride] and thinking to myself, one day she is going to have my last name,’ he joked.

The wedding videographer caught the cheeky speech on tape before panning over to the bride and groom as the wedding party erupted into fits of surprised laughter.

He then posted the moment on Instagram – where it has attracted over a million likes in just two weeks.

‘Cousin of the groom, I mean he’s not wrong,’ the videographer wrote in the caption.

And tens of thousands of people agreed the speech was top-notch.

‘This is the funniest best man joke I have ever heard,’ one man said.

While another agreed the short, simple nature of the joke helped it hit the spot.

Others joked the young man needed to be more detailed with his dreams that day in the school hall.

‘This is why it is important to manifest the specifics,’ they laughed.

‘This made me chuckle bless him. Maybe not his wife but she’s got the family name,’ added another. 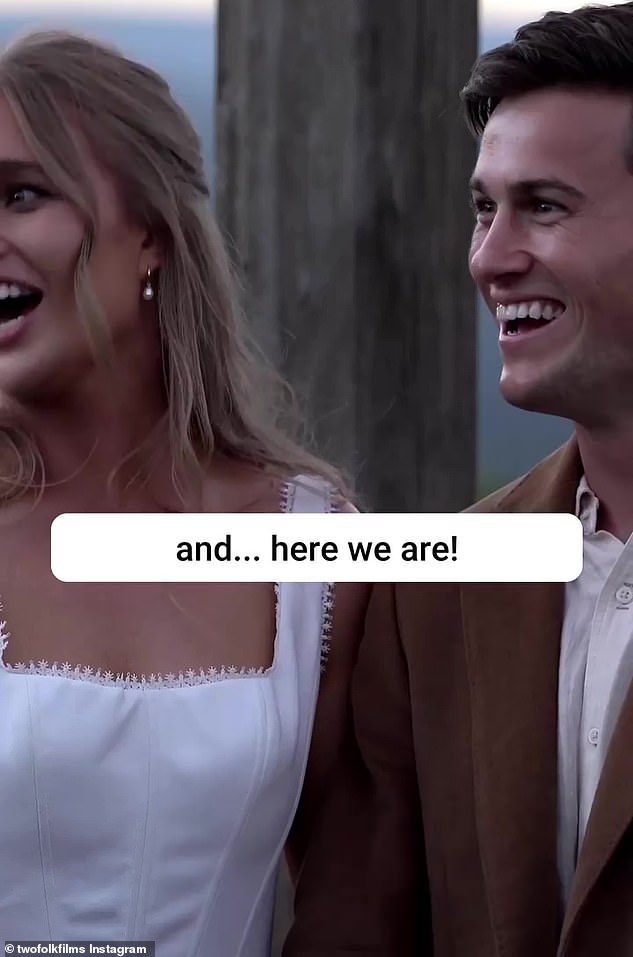 Some said the speech was a last minute attempt to steal the bride’s attention.

‘Clever boy is just letting her know she still has options,’ one laughed.

Thousands of people tagged their friends in the hilarious viral video which has been seen over 18million times.

Two Folk Films pride themselves on being fun, relaxed wedding film makers. Their quirky content often goes viral, however this appears to be their biggest hit so far.