Australia is being urged to rebuild out of the coronavirus pandemic by cutting taxes for big business, sinking more money into the education of disadvantaged children and overhauling its approach to climate change.

The OECD said Australia should also consider a post-pandemic increase in the GST while states should axe stamp duties and replace them with general land taxes to help boost productivity in a country that is slipping well behind its international peers. 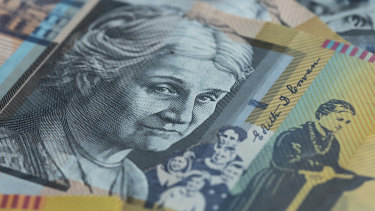 The OECD has suggested big business tax cuts and a GST hike among the ways Australia can recover from the coronavirus crisis.Credit:Louis Douvis

The Australian economy is expected to grow sharply this year, with the International Monetary Fund recently forecasting GDP to expand by 4.5 per cent this year before slowing to 2.8 per cent in 2022.

Prime Minister Scott Morrison has previously said the economy needs to grow by more than 1 percentage point above trend for five consecutive years to make up for the hit delivered by the pandemic. The last time the economy grew so fast for a long period was the 1960s.

In its annual “Going for Growth” report, the OECD said the pandemic had taken a particularly heavy toll on young businesses and highlighted existing education inequalities.

“The recovery brings an opportunity to boost innovation and re-allocation, necessary to face the challenges of digitalisation and meet climate change targets in a cost-efficient way,” it said. “It also provides a chance to boost educational opportunities for disadvantaged students and refocus on improving the living standards of Indigenous communities.”

The OECD said Australia’s GDP per capita was 9 per cent below that of the best-performed nations in the world while the country’s productivity was 15 per cent short.

To boost both, it said the nation’s tax mix should move away from “heavy” reliance on income to ones that targeted consumption and land values.

It urged the Morrison government to cut the company tax rate on the nation’s largest firms, currently at 30 per cent, and align it with those for small and medium-sized businesses. It warned the difference between the two rates risked “distorting how firms are structured and how they behave around the threshold between the two rates”.

States should follow the lead of the ACT in replacing stamp duty with a general land tax, it said, to increase labour mobility. 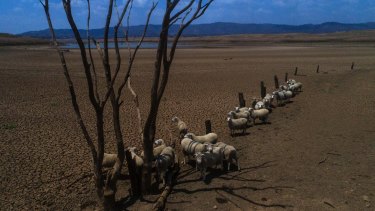 Drought and catastrophic fires were signs that Australia needed to do more to deal with climate change, according to the OECD.Credit:Nick Moir

A GST hike should also be considered, with low and middle-income earners compensated for the higher impost.

It said severe drought and bushfires had emphasised the need for Australia to introduce stronger climate mitigation policies. This could include rolling out an electric vehicle charging system and properly pricing carbon emissions.

Australia could also boost long-term productivity and growth by investing far more in education, the OECD said, noting Australian students performed well overall but there were wide outcomes based on socio-economic backgrounds.

The report was released ahead of research from the Productivity Commission, which found technology was expected to help drive efficiency improvements for the nation’s services sector. This might have been accelerated by the COVID-19 pandemic, which led to more businesses pivoting to digital services, the commission’s report, released on Thursday, said.

About 88 per cent of the nation’s jobs are in services. While only those businesses that survived the pandemic would help long-run productivity gains, the report said formerly in-person appointments such as seeing a doctor were now being done online and this could continue.

But the pandemic had created new difficulties, including behavioural changes and mandatory closures reducing face-to-face interactions between businesses and clients. Outbreaks of coronavirus had “greatly increased the tendency to work from home and driven down or prohibited the use of some transport services”, the report said.

By September, about a third of the workforce had moved to working from home most of the time, while health and education shifted to online or remote service delivery.

“However, a sustained period of social distancing could be a double-edged sword,” the report said. “On the one hand, for many firms, working from home itself is an innovation and provides a suite of benefits to both employers and employees … On the other hand, in a world of social distancing, there is less incentive to innovate in-person services as they are currently unable to be delivered.”

The report further cautioned against using economy-wide “cookie-cutter” style reform due to the varying needs of industries under the services umbrella, instead suggesting a sector-by-sector approach.