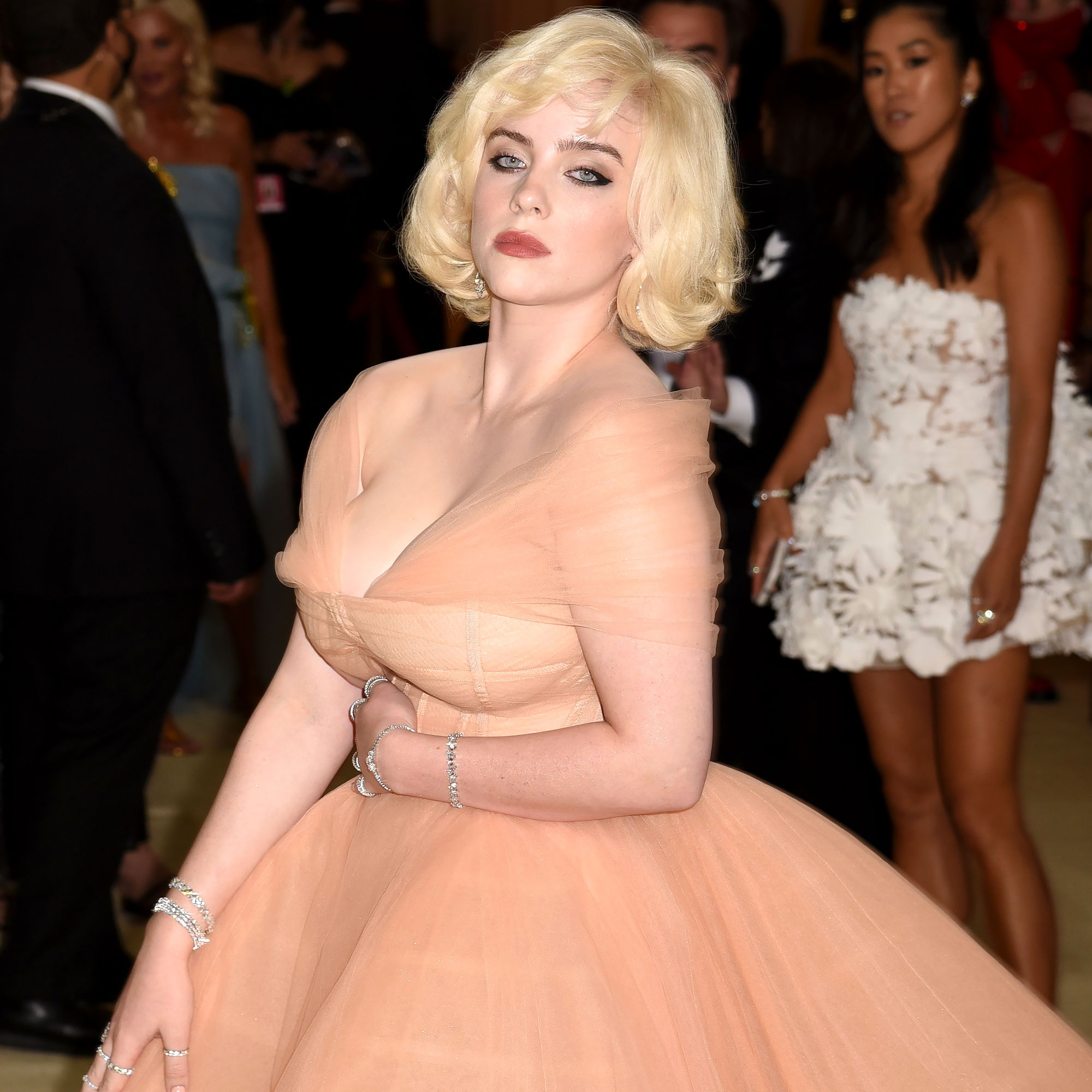 Getting real. Weeks after Billie Eilish debuted a glamorous new look on magazine covers and at the 2021 Met Gala, she opened up about the scrutiny she received over the clothes she wears, her sexuality and the standards she’s held to.

“People hold on to these memories and have an attachment [to her past looks],” the “Bad Guy” singer, 19, told Elle magazine for its October issue, published on Thursday, September 23. “But it’s very dehumanizing. I lost 100,000 followers just because of the boobs. People are scared of big boobs.”

The Grammy winner also touched on the double standards she’s faced as a teenager growing up in the spotlight.

“Or my sexuality!” she told the magazine. “Like, oh yeah, that’s everyone else’s business, right? No. Where’s that energy with men?”

The “Ocean Eyes” performer noted that she was initially blindsided by the “relentless drumbeat of criticism.”

“I just wanted to make a song once, and then I kept making songs,” she explained. “I never said, ‘Hey, pay attention to my life.’ All my friends know I don’t wanna see any of [the negative chatter]. When people send me something mean, it hurts my soul.”

The magazine also spoke with Madonna, who compared the “Lovely” singer’s experience in the music industry with her own.

“The problem is, we still live in a very sexist world where women are put into categories,” the “Ray of Light” crooner, 63, told the outlet. “You’re either in the virgin category or the whore category. Billie started off in a non-sexualized category, not pandering to the masses and not using her sexuality in any way, which is her choice and God bless her for that — after all, she’s been a teenager all this time.”

A Secret Boyfriend and More! What We Learned From Billie Eilish’s Doc

Madonna continued, “If she wants to turn around and take photographs where she is portrayed as a feminine woman, showing her body in a way that she hasn’t in the past, then why should she be punished for it? Women should be able to portray themselves in any way they want. If Billie were a man, no one would be writing about this. A man can show up dressed in a suit and tie for the first three years of his career, and then the next month he could be dressed like Prince or Mick Jagger, shirt off, wearing eyeliner, and no one would say a word.”

The California native previously made headlines when she switched up her look, debuting her new blonde hair and wearing a corset top on Vogue U.K.’s cover in May.

“Big dresses were my favorite thing when I was a kid,” Eilish discussed her evolving look in a September 16 behind-the-scenes interview with Vogue while getting dressed for the Met fundraiser. “I had so many dresses. I would wear a dress every single day. It’s really body image that tore that s—t down. Why do you think I’ve been dressing the way I have for years?”