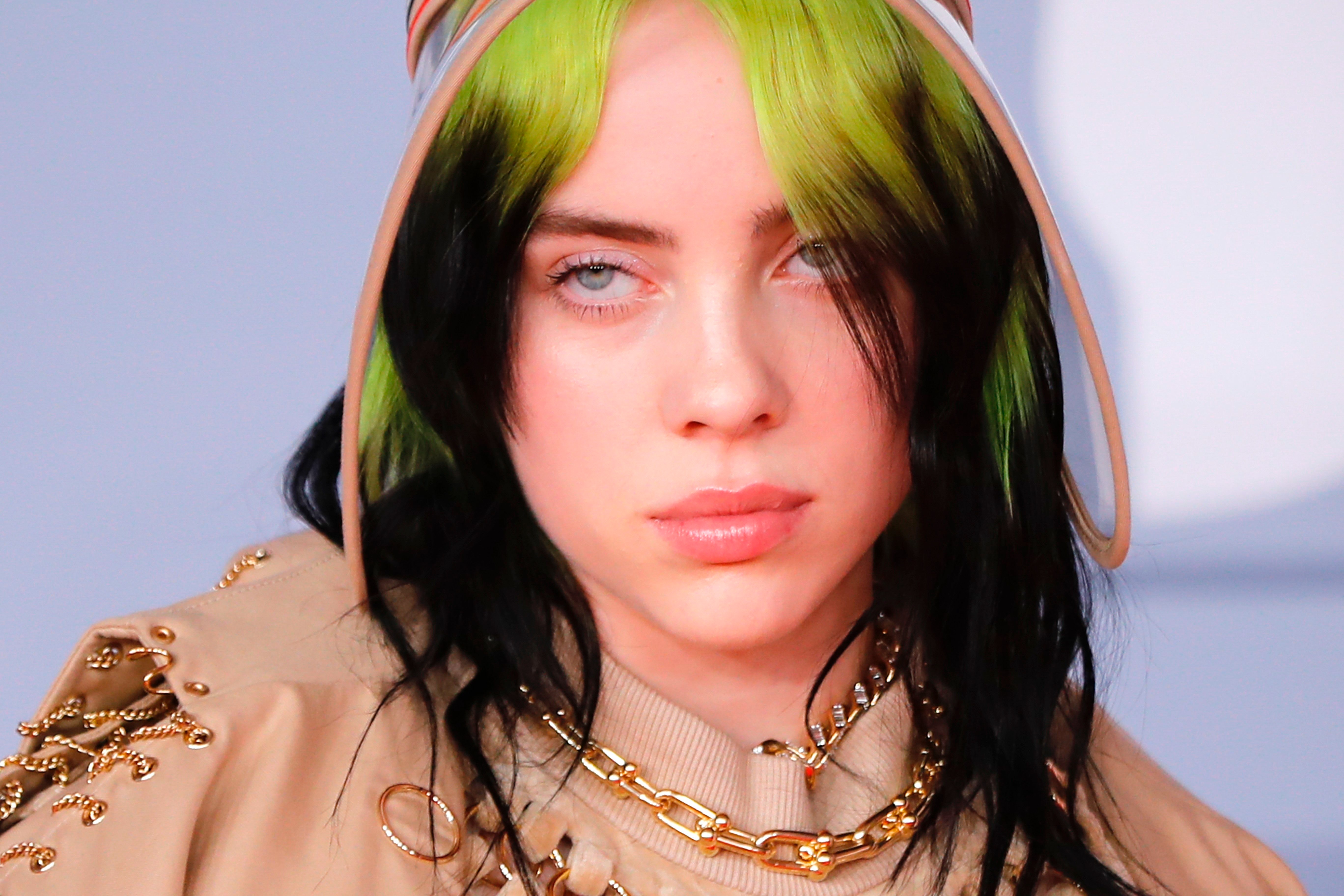 As soon as British Vogue’s June issue featuring Billie Eilish was hot off the presses, fans began losing it over the pop star’s new look. Instead of rocking her usual oversized clothing, the superstar opted for a dolled-up, vintage-inspired makeover. Now the singer is defending her choices after some people criticized her for changing up her style. After seeing one publication’s article about her reveal, Billie Eilish’s response to haters of her British Vogue cover is such an empowering message.

The British Vogue issue with Eilish looking like a blonde bombshell debuted on May 2, and while the glam photos were a hit with most fans, some people weren’t too happy about it. Those who criticized her look felt that Eilish had made too drastic of a change from her iconic baggy clothes looks. TBH, at 19 years old, it’s sort of expected that Eilish would eventually throw out her green locks and oversized clothing. But when you’re an internationally famous pop star, someone is bound to have some words against it. Luckily, Eilish doesn’t pay mind to the haters.

When the Daily Mail published an article about Eilish’s British Vogue appearance, the headline featured some thoughts from fans that she’d "sold out." Eilish took to her Instagram Stories to voice her opinion on these comments. Her post featured a screenshot of the headline, which read, "’Proof that money can make you change your values and sell out’: Fans shocked as Billie Eilish swaps baggy clothes for lingerie in Vogue – despite years of vowing to ‘hide her body.’" Instead of letting it slide, she marked out the first line in red and replacing it with, "Proof that women can change their minds and reclaim autonomy over their bodies." At the end of the headline, she also scratched out "vowing to ‘hide her body’" with the words "of being an actual child," pointing out that for most of her years in the limelight, she’s been a kid.

Before the interview came out, Eilish was already anticipating some sexist responses to her look. In her British Vogue interview, Eilish told journalist Laura Snapes, "My thing is that I can do whatever I want."

She continued to address her thoughts about how people would react to her showing skin. "Suddenly, you’re a hypocrite if you want to show your skin, and you’re easy, and you’re a slut," she said.

Eilish offered up positivity against these views. "Let’s turn it around and be empowered in that. Showing your body and showing your skin — or not — should not take any respect away from you," she continued.

Her comments in the interview also addressed how women should approach their image, admitting that the only thing that matters is how they feel. "If you want to get surgery, go get surgery. If you want to wear a dress that somebody thinks that you look too big wearing, f*ck it. If you feel like you look good, you look good," said Eilish.

Eilish isn’t letting any haters ruin her love for the photoshoot. Instead, she’s embracing her body how she wants and having fun exploring the world of fashion, and it’s a sight to see.