Well aisle never! Snaps reveal the VERY surprising things spotted by shoppers – from a goat in a backpack to a woman being pushed in a trolley

Sometimes shopping trips are anything but boring – as these extraordinary photos prove.

Shoppers from around the world have captured the strangest sights they’ve spotted in the aisles, from a woman carrying a baby goat on her back to a man walking around with a bucket on his head.

Another photograph shows a woman in a mobility scooter with presumably her daughter, standing in between her legs as they drive through the aisles of a supermarket.

The best examples were collated in a gallery by Spotlight. Here, FEMAIL shares some of the highlights… 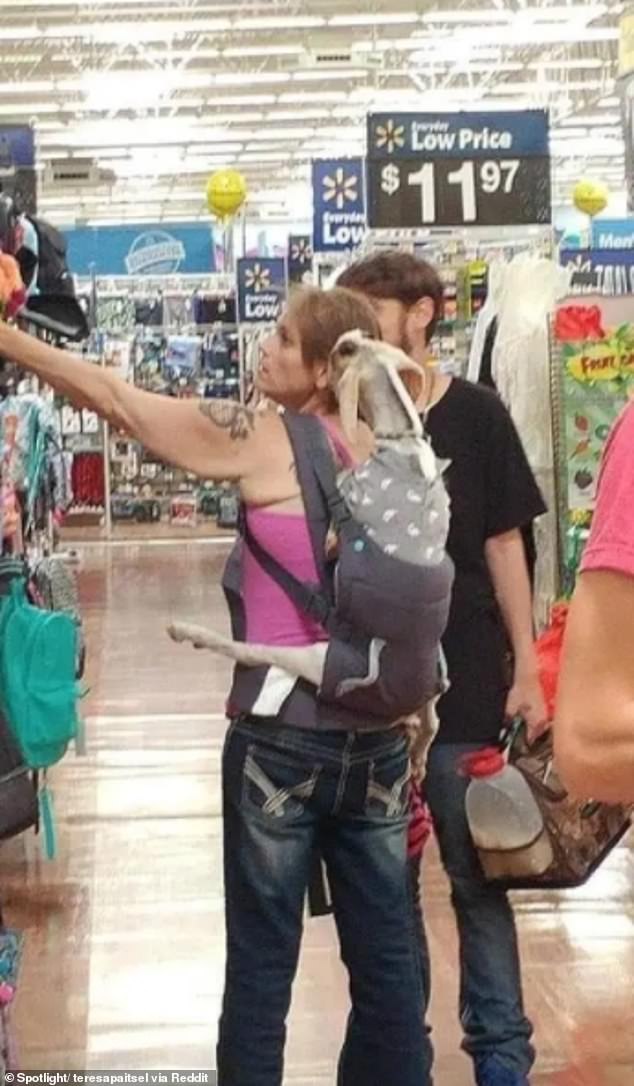 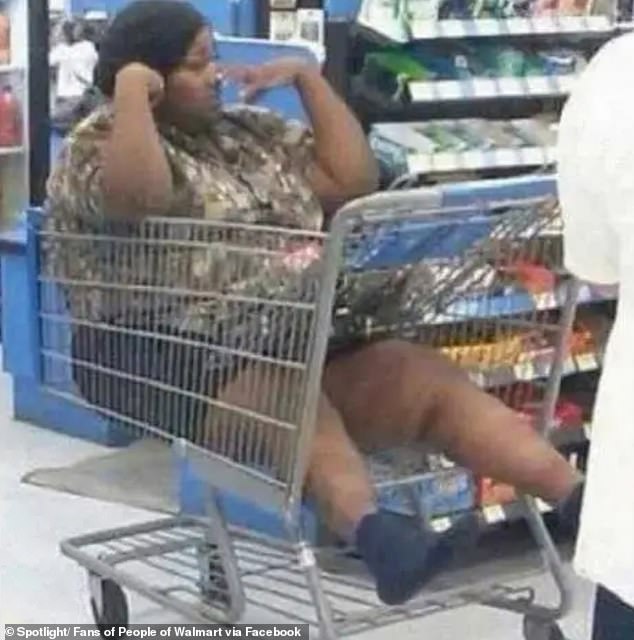 Push me! A woman was photographed sitting inside a trolley at a supermarket, but it’s unclear how she was getting round and where she’ll be putting her shopping 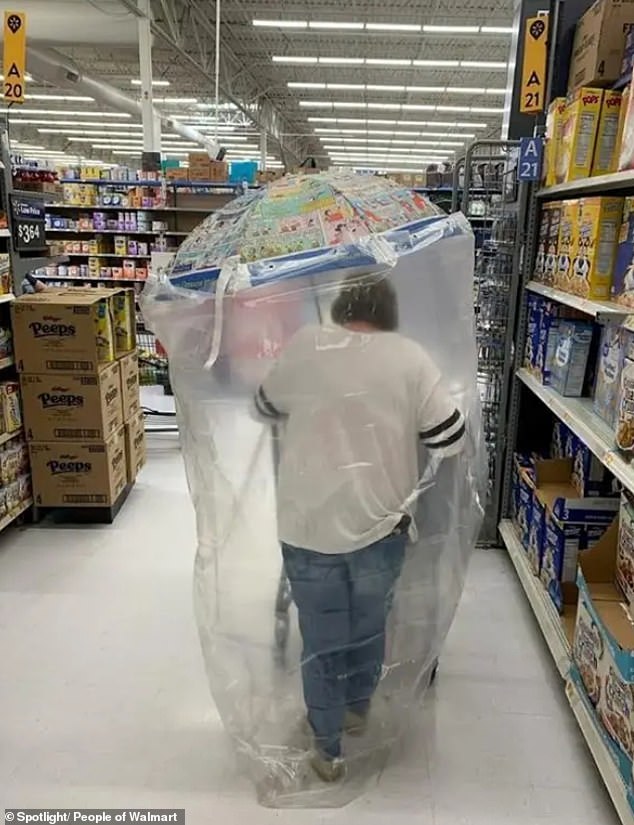 One shopper was photographed walking around a supermarket inside a homemade bubble, complete with a parasol 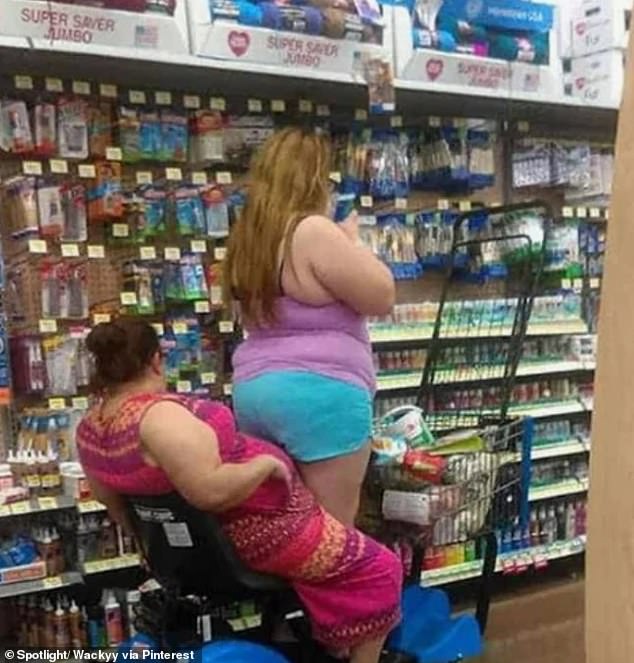 Another individual was photographed driving around Walmart in a mobility scooter with a woman, presumed to be her daughter, standing in between her legs 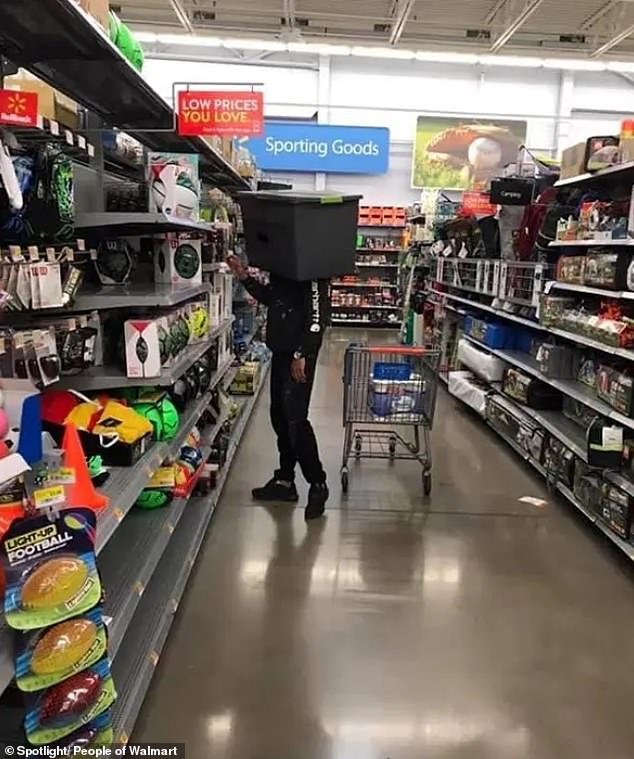 Hands free! A shopper who didn’t want to waste space in their trolley with a storage box was spotted carrying it on their head 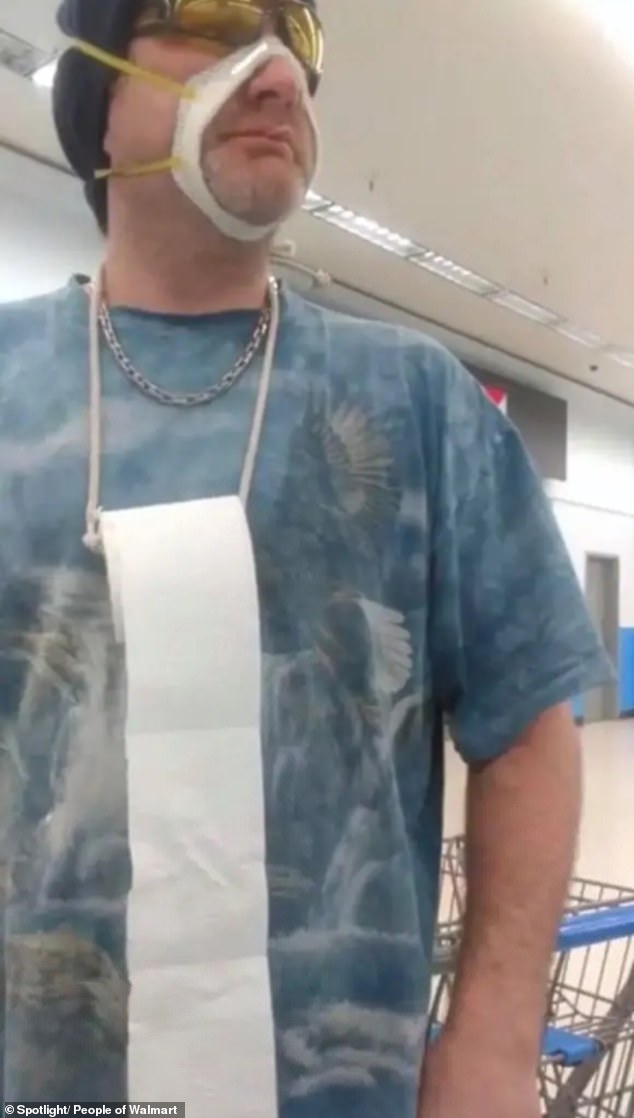 One man went to the shops equipped for any possibility as he donned goggles, helmet, mask and a roll of tissue around his neck 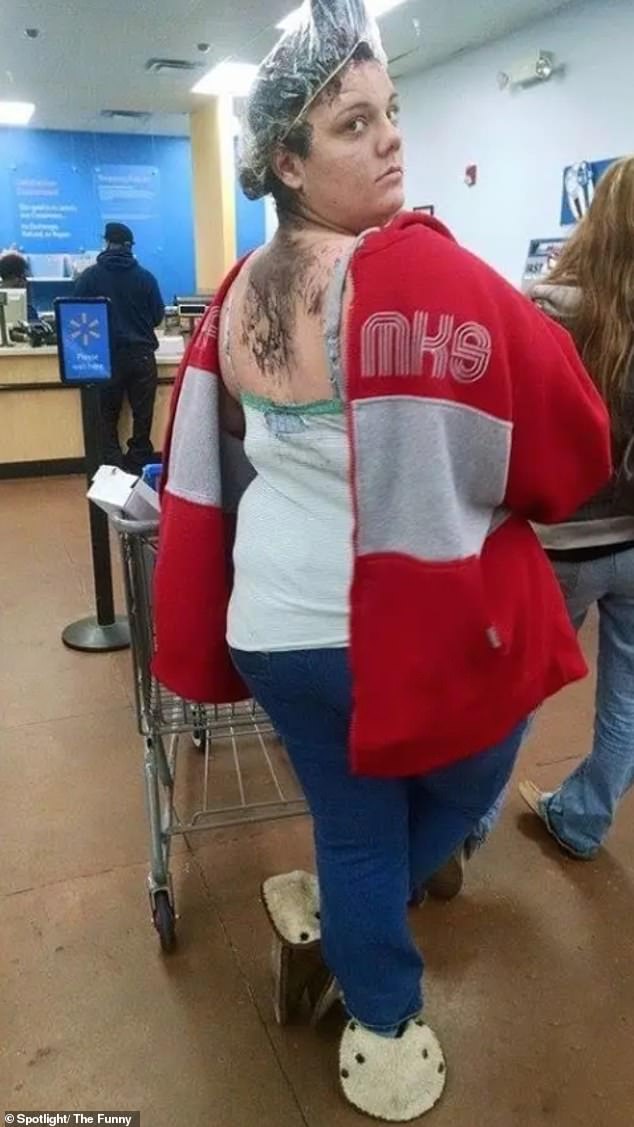 Another shopper was in the process of dyeing her hair when she went to the supermarket, and ended up going viral after customers noticed the stains on her back 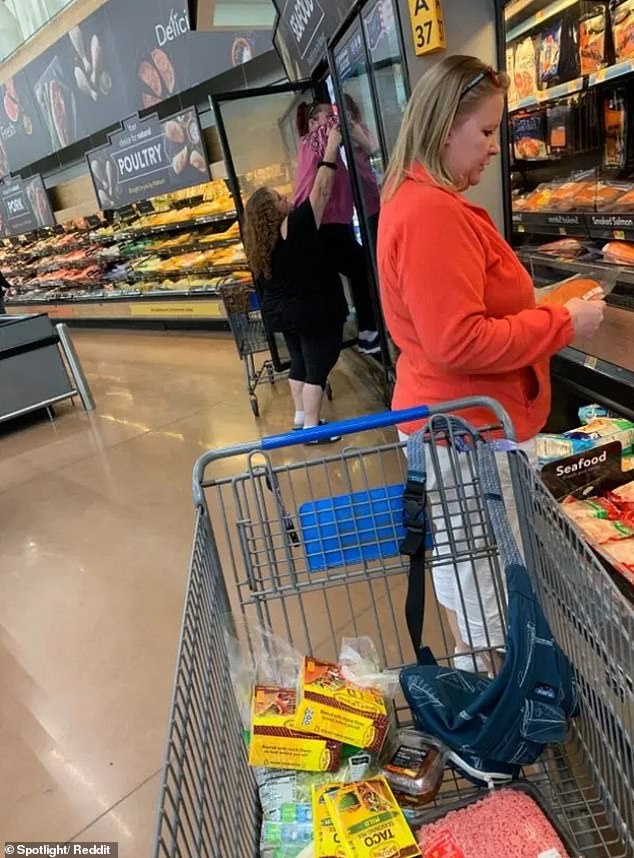 Deep freeze! A woman was spotted lifting her companion into the freezer to collect an item out of reach instead of seeking assistance from staff 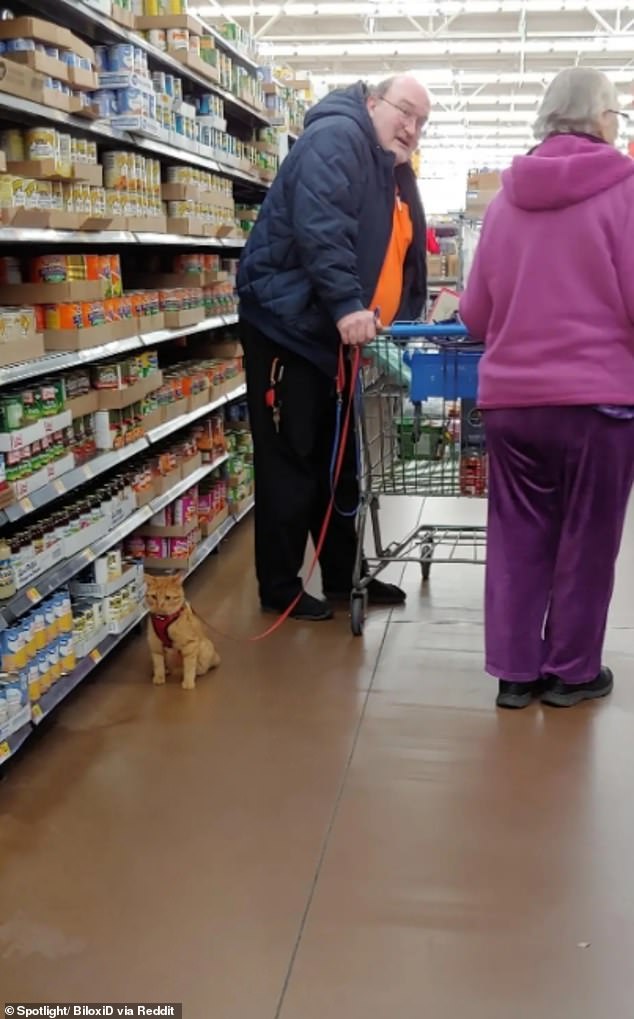 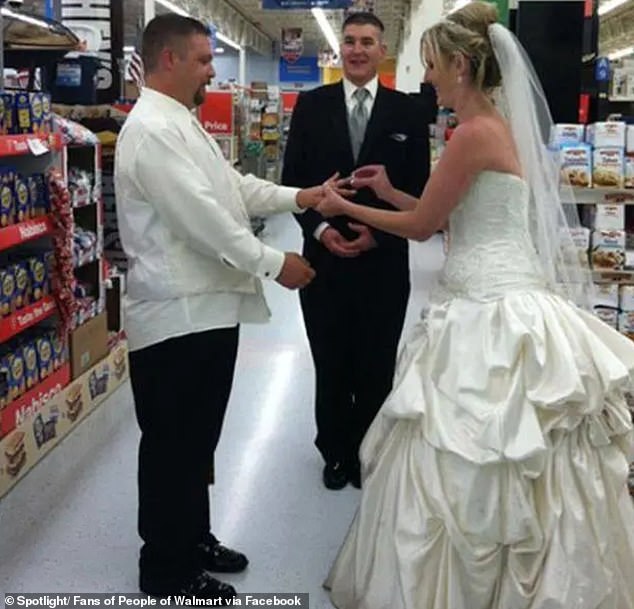 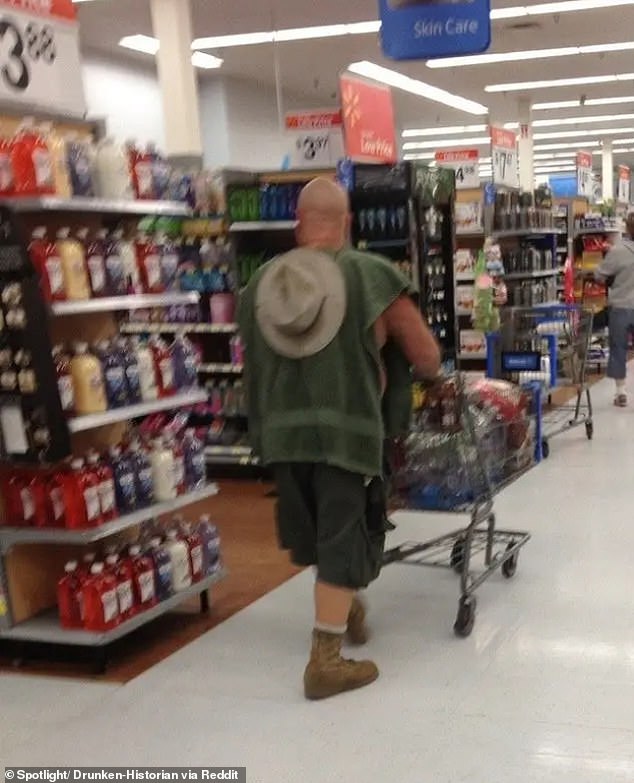 No shirt, no problem! One man was photographed wearing a towel as a poncho as he browsed the supermarket shelves 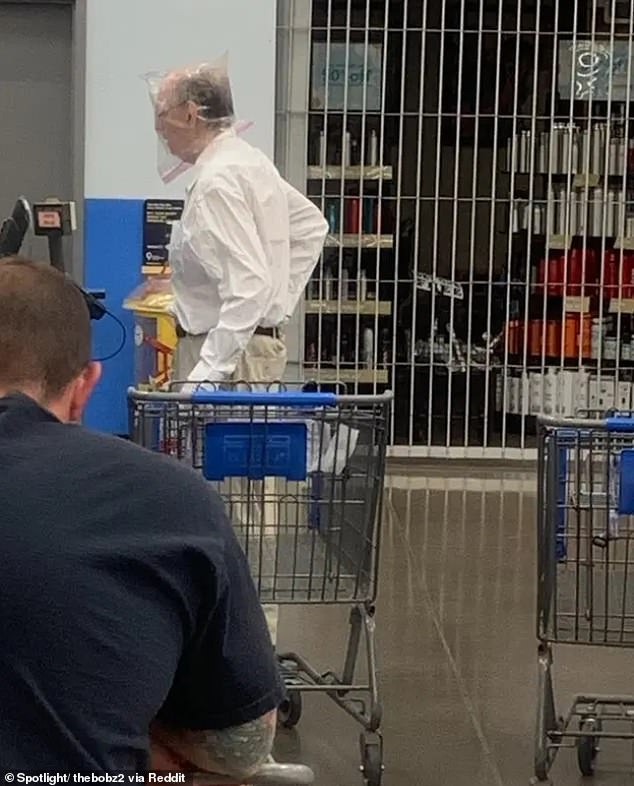 Another man wore a Ziploc bag over his head, after arriving at the supermarket without a face mask for entry