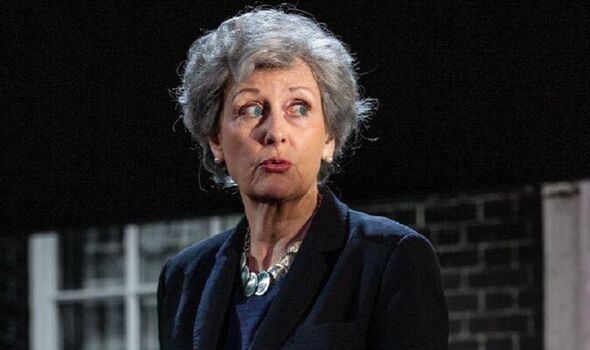 The facts are filtered through the gauze of fiction as civil servants and journalists become servants to Walker’s intentions – to show the media’s role in manipulating the nation’s response to both women, especially the Daily Mail whose editor Paul Dacre (Andrew Woodall) is the torrentially potty-mouthed puppetmasterin-chief.

But he comes a cropper with Dacre’s cliched and entirely unconvincing chief gunslinger/reporter (Calum Finlay) who speaks in Cockney rhyming slang to the editor’s bewilderment.

Otherwise, there is enough theatrical gristle to chew on in Stephen Unwin’s spartan but effective production, and it is salutary to be reminded of aspects of May and Miller’s backgrounds that gave them common ground.

Having exposed the patriarchal climate which almost suffocated both women, Walker delivers a sensitive coda, allowing them a brief moment of mutual understanding.