Only Blue Ivy could get away with interrupting the Carters’ pizza dinner. 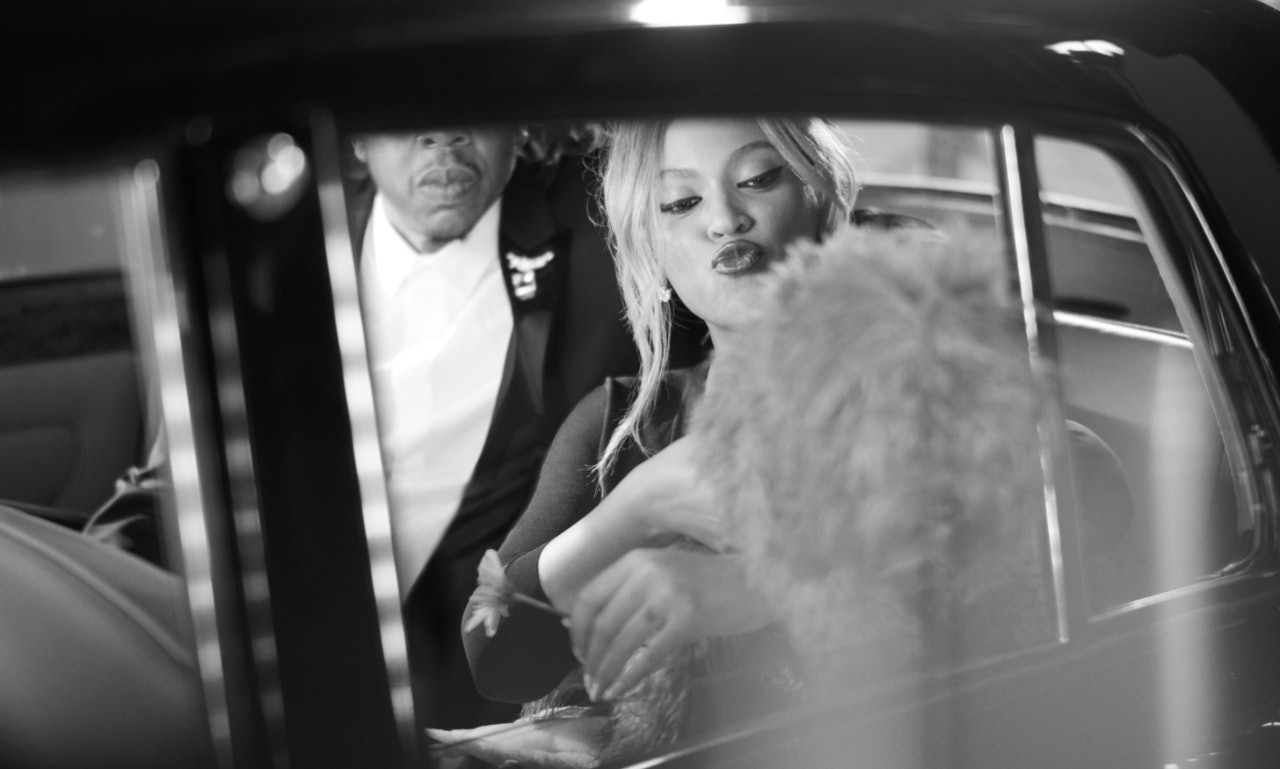 For parents of young children, sneaking out for a well-deserved couple’s date night may only happen when two Sundays meet. For Beyoncé and Jay-Z, their date isn’t complete without the cutest third wheel: their daughter Blue Ivy Carter, who makes a surprise guest appearance in their new Tiffany & Co. mini-film.

“Date Night” is a bonus installation of the Carters’ Tiffany & Co. campaign, “About Love,” which showcases all the flavors of romance. In the video, Beyoncé is a picturesque vision of classic glamour, with winged eyeliner and a scarlet red lip, courtesy of her longtime makeup artist Sir John Barnett. Naturally, she’s dripping in Tiffany diamonds, but the laid-back styling keeps the focus on the Carters, as they are driven through New York City. Even though they are the height of glamour, Beyoncé and Jay-Z are refreshingly casual as they eat slices of NYC pizza in the back seat. At once point, Beyoncé beckons for champagne, and bubbling Armand de Brignac arrives in two vintage flutes. Blue Ivy pretends to chase the car, but is invited in to join her mom, dad, and very fluffy dogs. She’s wearing a striped shirt and her braces are visible. She’s growing up so fast.

Like her parents, Blue Ivy is also incredibly accomplished. At the tender age of 9, she’s already won a Grammy, modeled for her namesake clothing line Ivy Park, and bids on fine art. With parents who seemingly adore her presence, she gets to partake in their ventures not just as their daughter, but as their best friend, too. Check out “Date Night” below, directed by Dikayl Rimmasch and Derek Milton.