Get your tissue boxes out, ARMY. BTS just released their first new music of 2021, a Japanese language song called ‘Film Out,’ which is a bittersweet ballad about the memory of someone.

After one of their most successful years yet, BTS continued their momentum into 2021 on Apr. 1. The group — Suga, Jungkook, Jimin, RN, V, J-Hope, and Jin – released “Film Out,” the first single from their upcoming Japanese album, BTS, The Best. The heartfelt ballad about memories transports you into another dimension of feelings, a sensation that the music video directly translates with visuals that jump between landscapes.

All the imagery and symbolism left the ARMY processing many emotions, just like BTS did throughout the song and video. “THIS IS SO SAD. THE MEANING PORTRAYED IN THE MUSIC VIDEO. HOW SEOKJIN WAS LEFT IN THE END AS THE CAMERA FADED OUT. HOW THE SCENARIOS CORRESPONDED TO THE LYRICS. EVERYTHING IS SO BEAUTIFUL,” one fan tweeted, while another wrote, “Film out MV ,In the same time sad,emotional, warm, healing. This song is really amazing the story ,lyrics , music, acting , set, and the high tones.”

“Film Out” was written along with band Back Number, per Billboard. It will appear as the ending theme in the upcoming Japanese movie, Signal The Movie Cold Case Investigation Unit (which also premieres on Apr. 2). The group also shared the track listing for BTS, The Best. The two-disc set includes  Japanese versions of “Fake Love,” “Black Swan,” “DNA,” “Boy With Luv” (their collab with Halsey), and, as a bonus track on Disc 1, their U.S. Billboard Hot 100-topping hit, “Dynamite.”

“Dynamite” – which earned the band a Grammy nod for Best Pop Duo/Group Performance – was their first song fully recorded in English. It also was their first No. 1 single in the U.S. and marked the first time an all-South Korean act topped the Hot 100. Initially released as a standalone single, the song was packaged with the group’s fifth Korean-language album, Be. 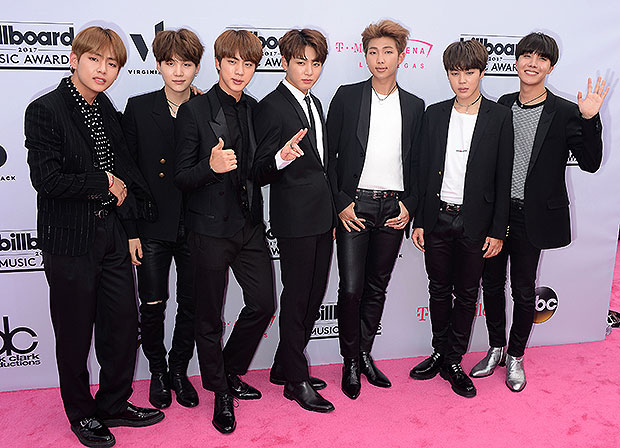 Ahead of this new song, the group shared its experiences with racial discrimination in the wake of rising anti-Asian violence within the United States. The deadly attacks in Atlanta on Mar. 16 left eight dead, six of which were Asian women. The attack shone a spotlight on how Asian people in America have faced increased threats of violence and discrimination following the COVID-19 pandemic. “We send our deepest condolences to those who have lost their loved ones,” BTS said in a statement. “We feel grief and anger. We recall moments when we faced discrimination as Asians. We have endured expletives without reason and were mocked for the way we look. We were even asked why Asians spoke in English.”

We cannot put into words the pain of becoming the subject of hatred and violence for such a reason,” the band added. “Our own experiences are inconsequential compared to the events that have occurred over the past few weeks. But these experiences were enough to make us feel powerless and chip away our self-esteem. What is happening right now cannot be dissociated from our identity as Asians. It required considerable time for us to discuss this carefully, and we contemplated deeply on how we should voice our message. But what our voice must convey is clear. We stand against racial discrimination. We condemn violence. You, I, and we have the right to be respected. We will stand together.”