Bruni, 52, who married former French president Nicolas Sarkozy in 2008, has always denied that she had dated Donald Trump in the 1990s while she worked as a model around the world.

The allegations surfaced back in June 1991 when the New York Post reported that Trump had left his then-girlfriend Marla Maples for Bruni. This prompted Bruni to call the businessman a ‘lunatic.’

Speaking to the Daily Beast, the singer and model recounted how she recently found out while watching Trump: An American Dream on Netlfix that the president himself had been telling the press they’d been romantically involved.

In a recording aired on the documentary he could be heard referring to Carla, saying: ‘She dropped Mick Jagger for Donald and that’s where it is right now.’

Revealing she called him to confront it about the rumours, Bruni said Trump dismissed her claims as something the media had made up. 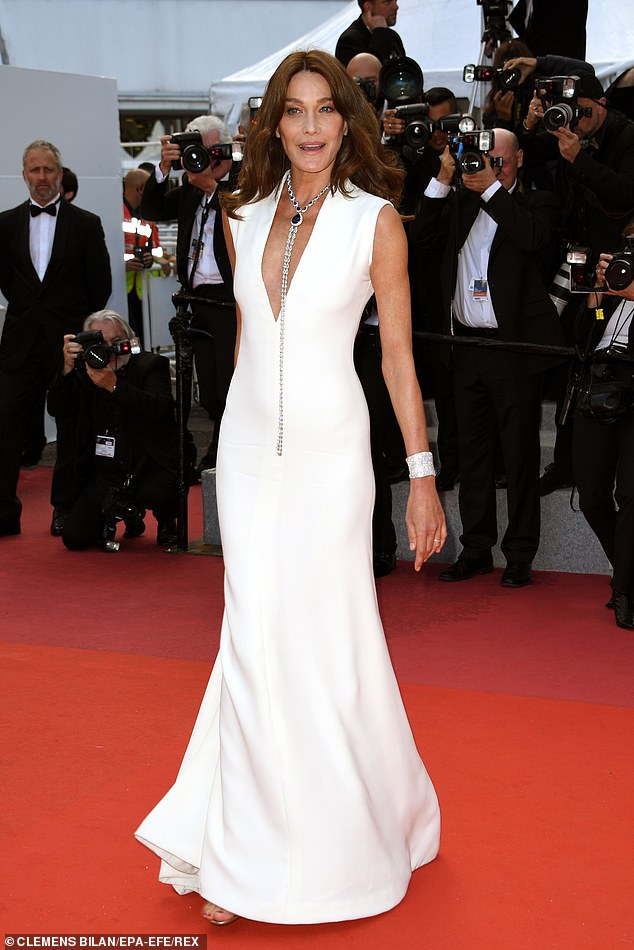 France’s former First Lady Carla Bruni, 52, has revealed she once called Donald Trump to confront him about false dating rumours after seeing him acting as his own press agent and telling journalists she was one of his conquests on a Netflix documentary (pictured in 2018 at the Cannes Festival)

In the documentary, the President could be seen impersonating his own press agent while talking about his conquests to a journalist.

‘I watched this Netflix documentary, and [Trump] called that woman that was a journalist and she recorded that. And he talked as if he was his own press agent,’ Bruni recounted.

‘And we could hear in the recording that so many women were after him, like me, Kim Basinger, and Madonna. Madonna literally hates Trump! She must have had a heart attack,’ she added.

This prompted Bruni to give the US president a call to confront him about the dating claims. 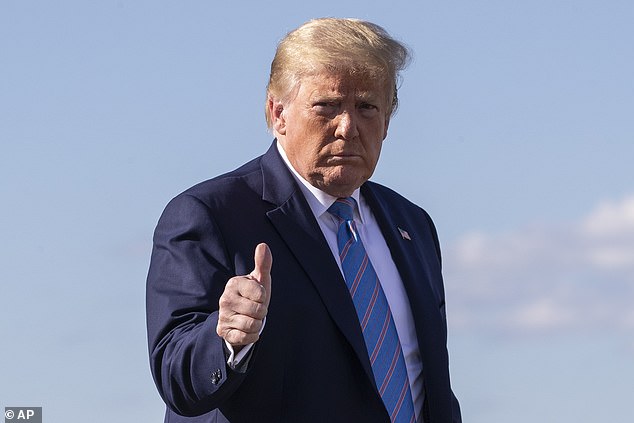 In June 1991, it was claimed by the New York Post that Trump had left his then girlfriend Marla Maples for the French Italian model (pictured in June 2020)

She said he dismissed her worries, saying ‘Oh, it doesn’t matter. It’s coming from journalists.’

‘And I said,”This is not real! We’ve never really met! How can it come from a journalist?”,’ she recounted.

While she recounted the moment as a ‘strange situation,’ Bruni said she realised it was the President’s way of dealing with people.

In the same interview, the model was reminded of an extract from Harry Hurt III’s Trump biography Lost Tycoon: The Many Lives of Donald J. Trump, in which the author claims she once convinced the then-businessman to give a room at the Plaza Hotel to one of her friends.

In the same extract, she is reported having called Trump ‘The King of Tacky.’ 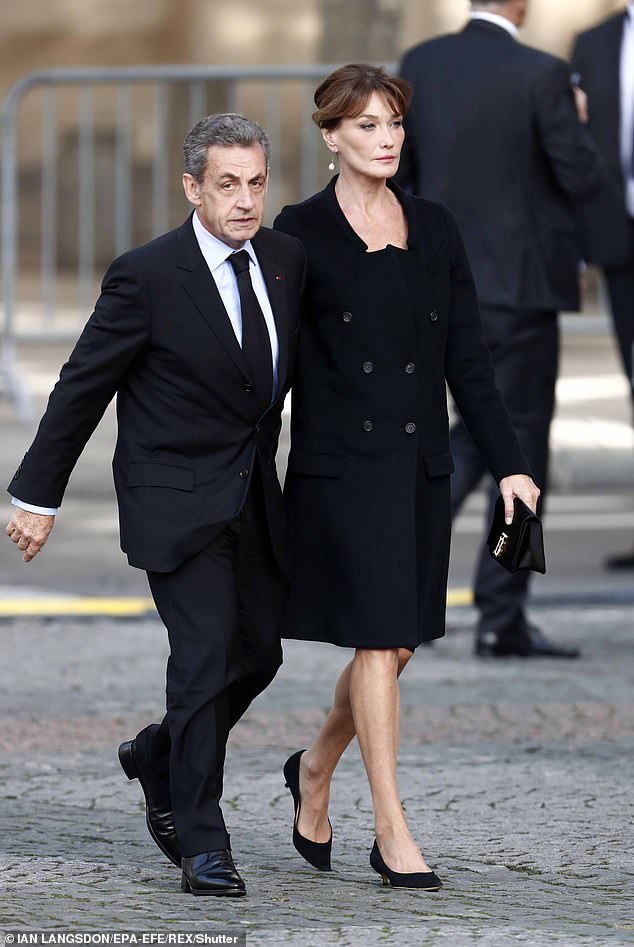 Bruni, who went on to marry former French president Nicolas Sarkozy (pictured) in 2008 said Trump said the claims had been made up by the media

Bruni confirmed she asked Donald Trump – whom she said she only met with a few times – for the room, but denied being in New York at the time.

Bruni, who was a model in the 1980s and 1990s before turning to singing prior to her marriage to Sarkozy .

Much has been said of her colourful dating history.

She is said to have had an on/off affair with Mick Jagger when she was in her 20s, which, according to his wife Jerry Hall, precipitated their divorce.

In 2000, she entertained a passionate love affair with French philosopher Raphaël Enthoven, who was married at the time and left his wife for Bruni after five years of marriage.

The couple dated for seven years and share a son together. Enthoven inspired one of Bruni’s best-known songs ‘Raphaël,’ in which she describes him as a ‘devil of love.’

In a rather vaudevillian twist, Bruni dated Enthoven’s father Jean-Paul before becoming the writer’s lover.