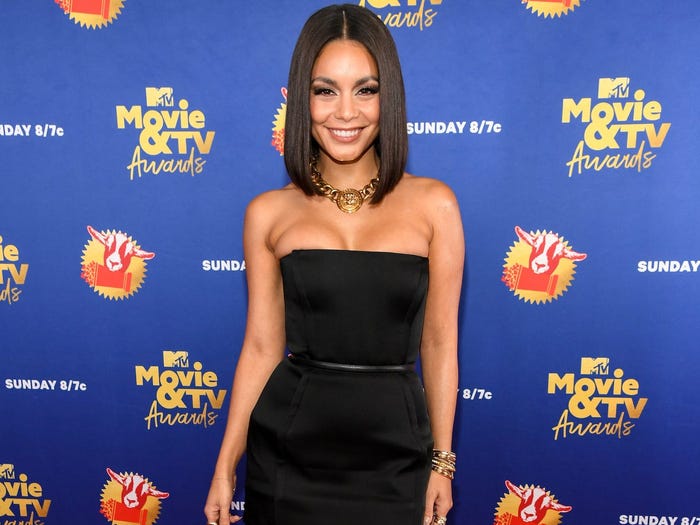 Stars like Lily Collins and Sofia Carson opted for dark gowns, while Vanessa Hudgens chose a little black dress. Other celebrities made use of black accessories, and performers Steve Aoki and Travis Barker stood out in black skeleton costumes.

Here's what celebrities wore for the socially distanced event.

Vanessa Hudgens walked the red carpet in a black minidress from Versace. 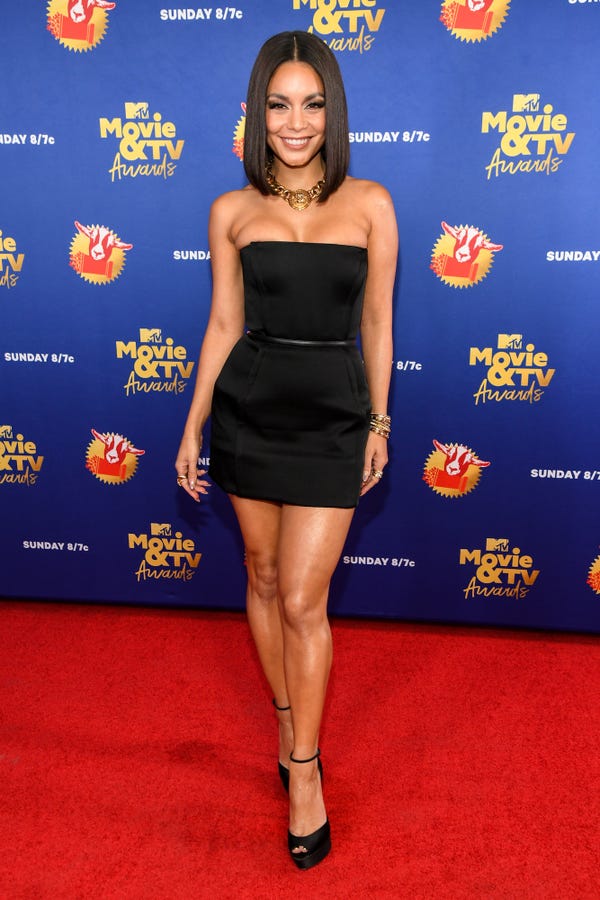 The little black dress was strapless with a thin belt around her waist. Stylist Jason Bolden accessorized the look with Casadei pumps, a Versace choker, and David Yurman jewels.

Lily Collins opted for a black gown made from latex. 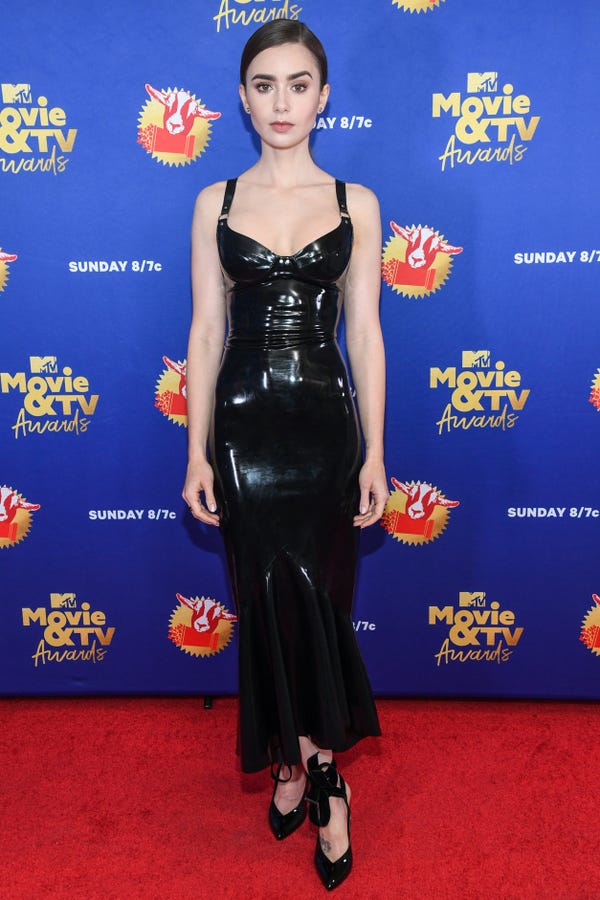 Her sleeveless midi dress with a mermaid skirt was designed by Yves Saint Laurent. Collins also wore the designer's pointed black pumps with ribbon-style straps. She was styled by Rob Zandardi and Mariel Haenn.

Sabrina Carpenter dazzled in a transparent, asymmetrical dress that was covered in sparkles. 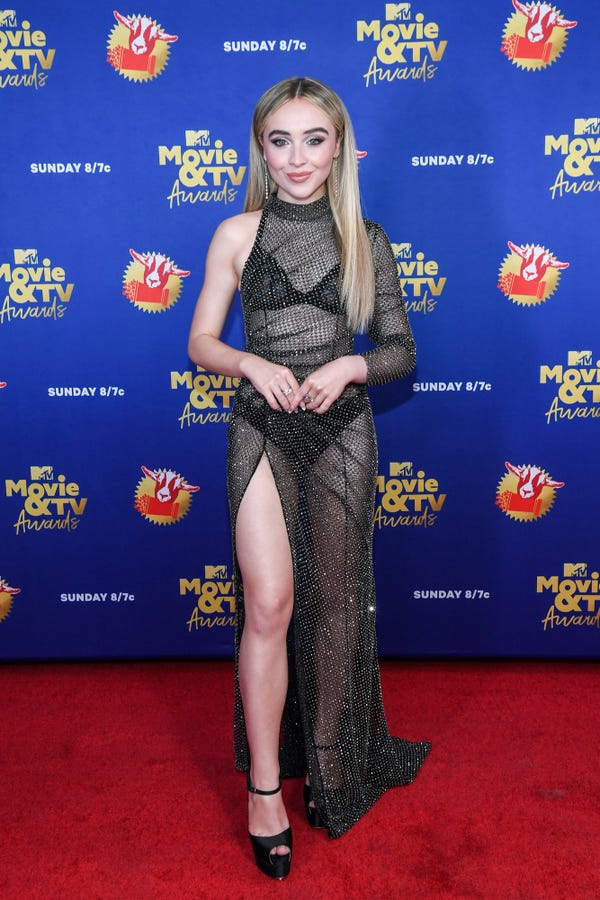 The Ralph & Russo gown — which retails for approximately $8,245 (£6,200) — has a high neckline, a single long sleeve, and a skirt that extends to the floor on one side. The see-through gown also has a thigh-high slit.

Carpenter, who was styled by Bolden and John Mumblo, chose to wear black undergarments beneath the dress for a layered look.

Sofia Carson looked like a princess in a strapless Valentino gown with a see-through skirt. 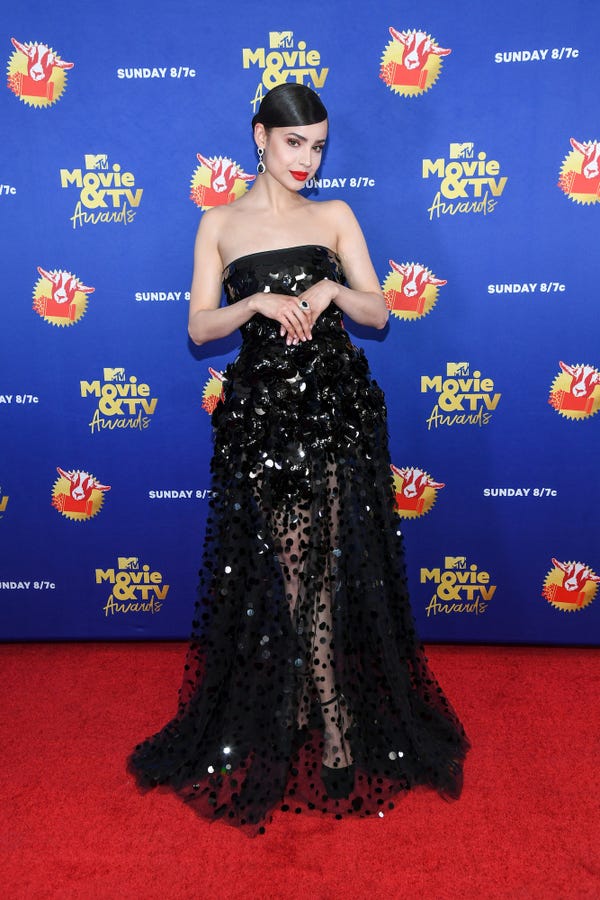 The gown was covered in reflective, circular sequins from top to bottom, and her transparent skirt showcased her Jimmy Choo heels. Carson was styled by Nicolas Bru.

Maddie Ziegler opted for a sophisticated suit made from vegan leather. 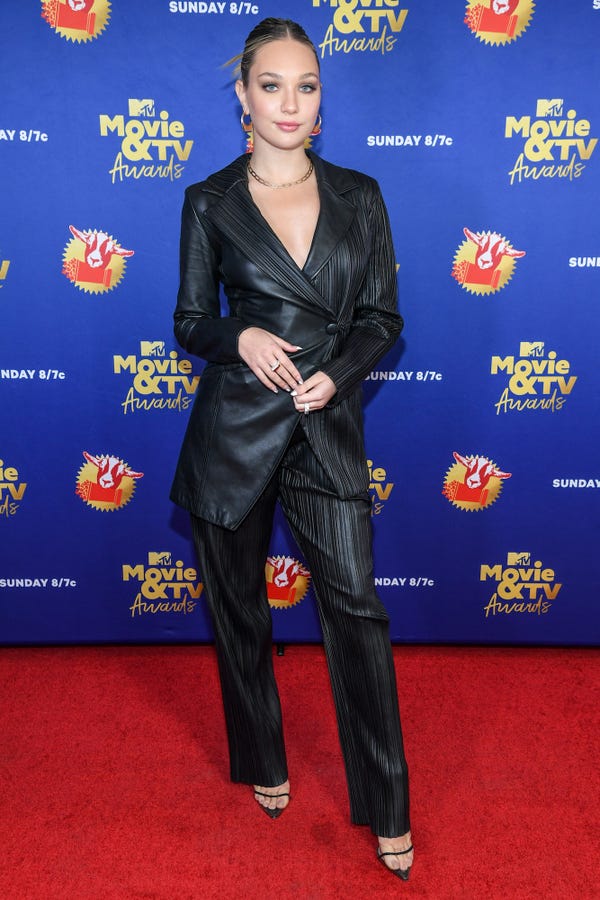 Her jacket was asymmetrical, with one long, smooth side, and another side that was shorter and pleated. Ziegler's pants, on the other hand, were pleated from top to bottom. The outfit was designed by Abodi, and styled by Siena Montesano. 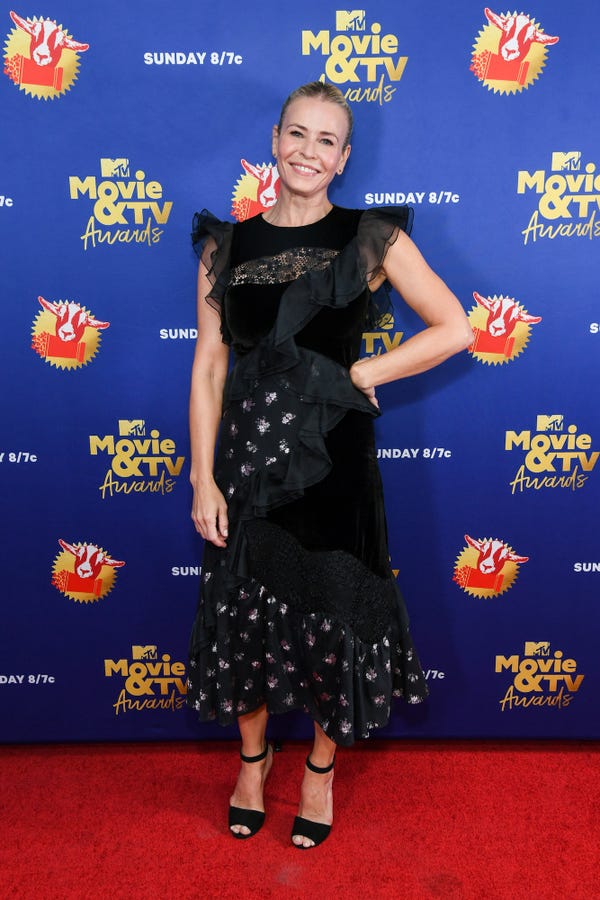 Handler completed the look with an updo hairstyle, simple makeup, and black sandals. 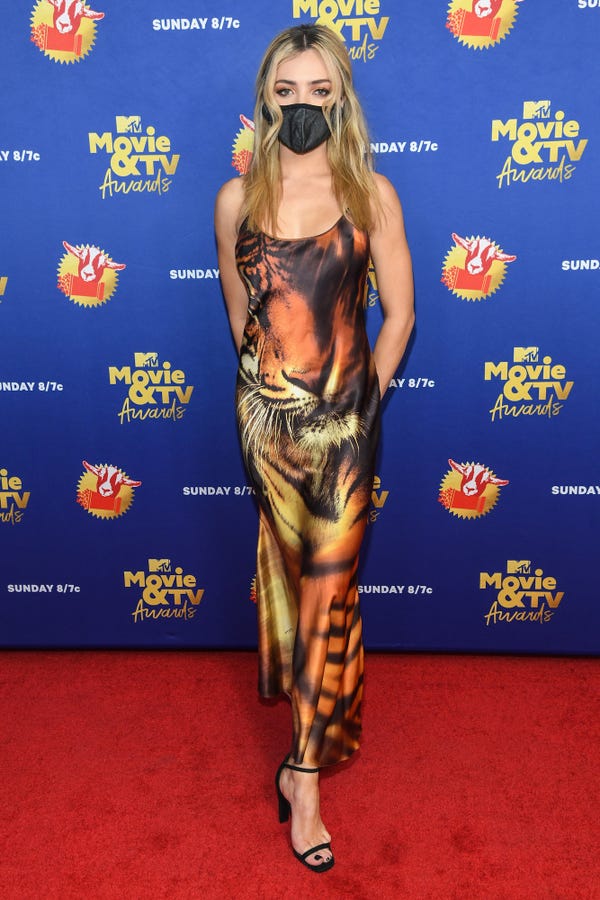 Her sleeveless Roberto Cavalli dress stood out among those worn by other celebrities — as it was orange and printed with an image of a tiger. She was styled by Mickey Freeman.

List's accessories, on the other hand, perfectly matched this year's red-carpet trend. She wore a pair of black sandals from the designer, and a matching face mask.

During the show, Hudgens changed into another black gown with daring cutouts across her waist. 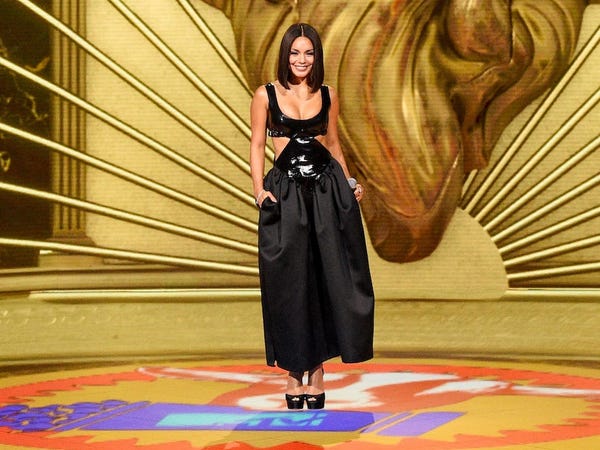 Her Christopher Kane gown also had a sleeveless top, made from latex, with a scoop-style neckline. The bodice connected to a shining, ankle-length skirt.

Steve Aoki and Travis Barker closed out the show in matching skeleton costumes. 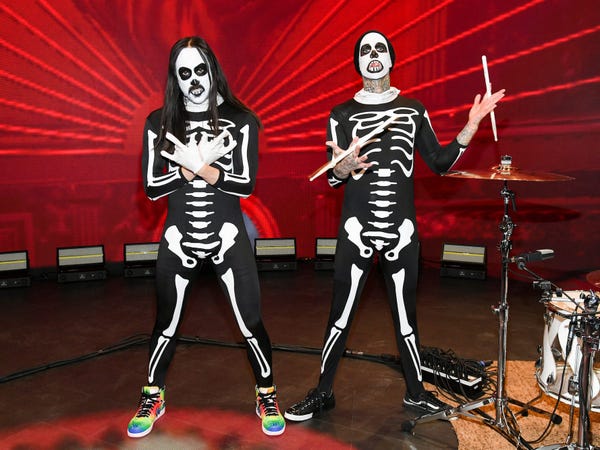 Though their costumes and makeup were almost identical, their accessories were different. Aoki wore rainbow-colored sneakers, while Barker opted for a classic black-and-white pair.