Stars are still wrapped up in the sexy scarf top trend

The 40-year-old “Dirrty” singer rocked red hair for the Latin Grammys on Thursday night, pairing the bold style with a series of sexy looks.

She walked the red carpet in a curve-hugging black dress with sculptural gloved sleeves, a dramatic latex take on the opera glove styles many stars have been sporting.

Aguilera completed the monochromatic look with silver jewelry, Gianvito Rossi PVC sandals ($775) and her bright red hairdo, which she first debuted in October. Since then, she’s been switching back and forth between the fiery hue and her signature bold blond.

Later in the night, the star took the stage in two different all-black outfits: a sheer tulle gown and a corseted lace bodysuit. 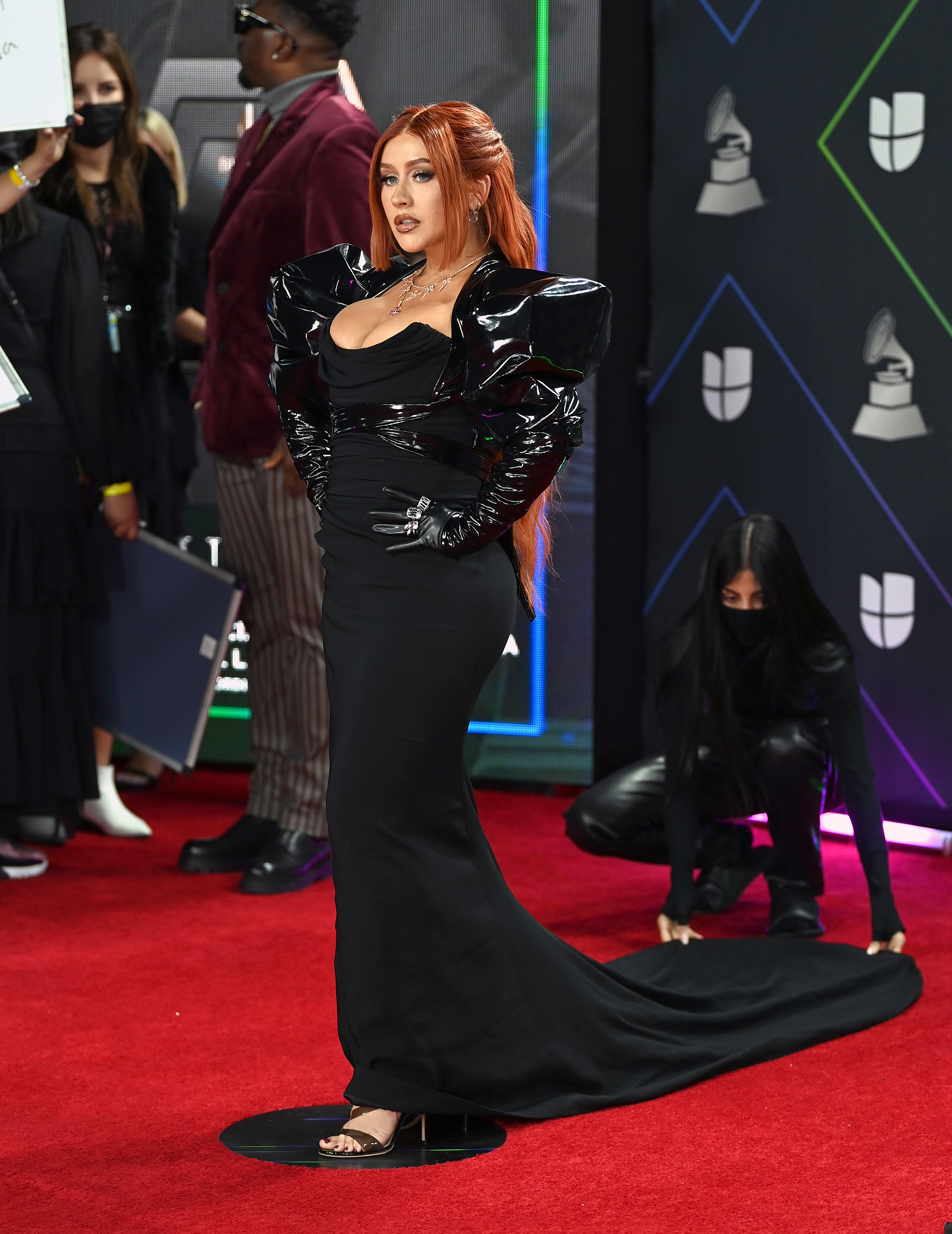 She wore the latter look, which featured lace-up detailing and a black bustier, to join Becky G, Nathy Peluso, and Nicki Nicole for a performance of her new Spanish-language single “Pa Mis Muchachas,” from her upcoming second Spanish album.

The night marked her first Latin Grammys performance in two decades, as she previously hit the stage during the inaugural show in 2000. 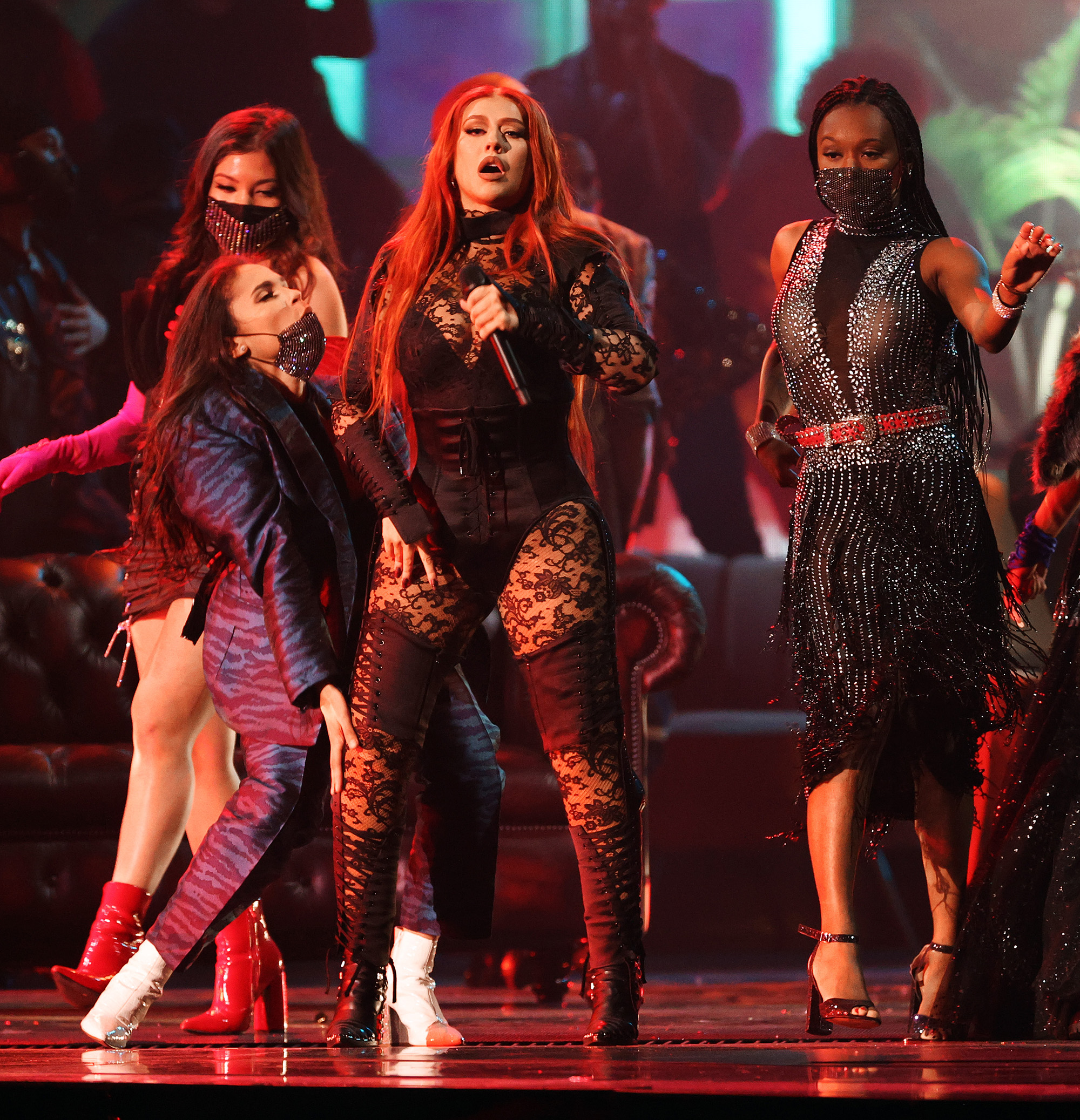 Earlier this fall, the pop star gave fans a fashion flashback when she stripped down for a throwback to her “Stripped” album artwork, posing topless in a pair of low-rise jeans.

While it’s been nearly two decades since the album’s 2002 release, Aguilera’s Y2K styles continue to spark trends; in addition to the recent resurgence of low-rise jeans, skimpy scarf tops similar to the one she wore at the 2002 VMAs spiked in popularity this summer.