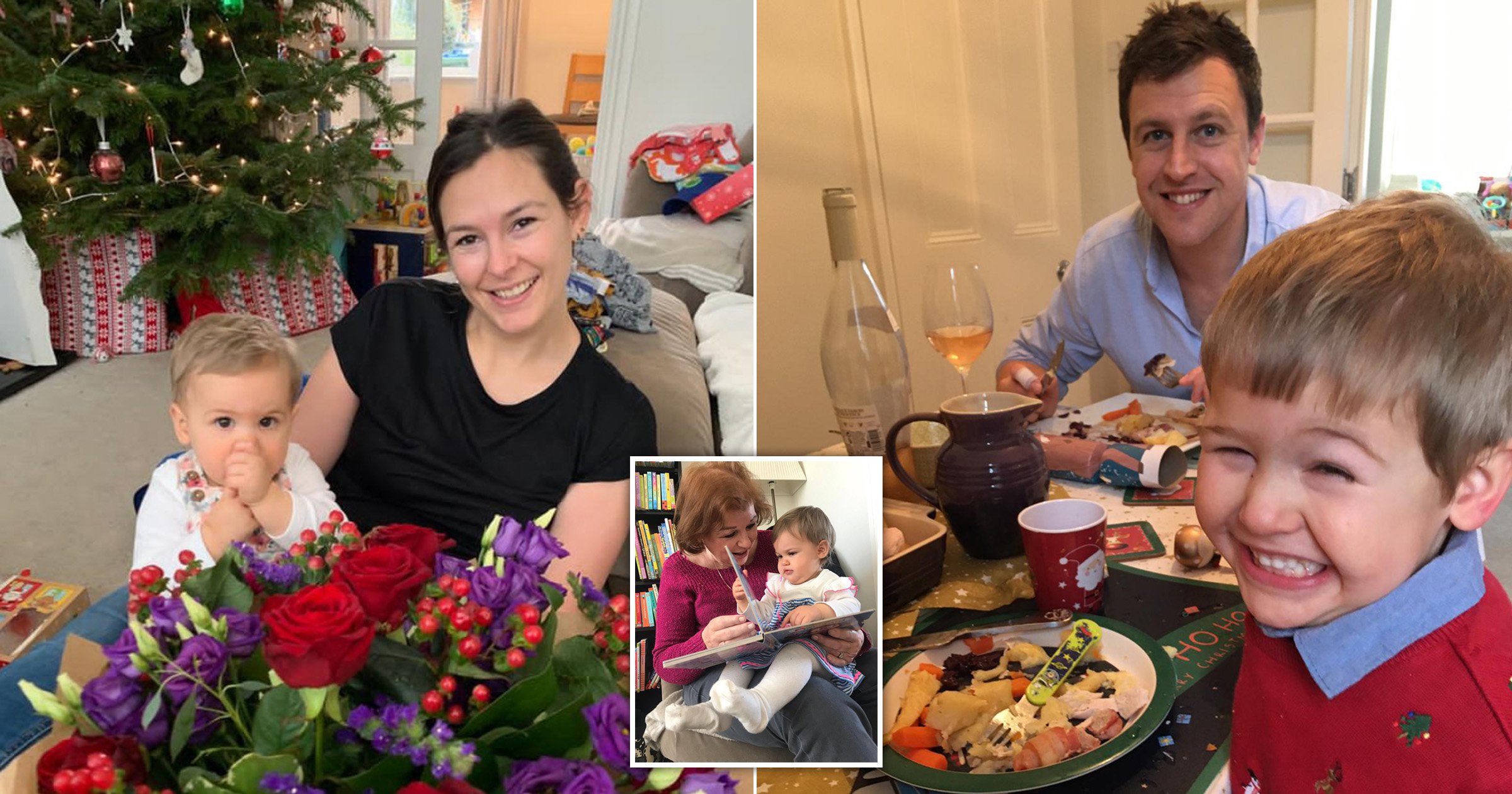 Remember the crushing disappointment we felt when our Christmas plans were ‘cancelled’?

Perhaps none felt this as deeply as Gemma Davies.

Gemma, 35, is a self-described Christmas superfan. Each year, she goes big on the day, with a get-together of extended family, plenty of gifts, a slap-up meal, and piles of presents.

So when lockdown scuppered her festive plans, Gemma wasn’t willing to let go of the occasion so easily.

Rather than just waiting ’til next year, she decided to celebrate ‘Junemas’ instead – Christmas, but in June.

On June 25 Gemma, 35, will host husband Andy, their two children Oliver, four, and Elise, one, her 70-year-old mum, and other family members for a festive feast.

The mum, of Walton-on-Thames, Surrey, said: ‘It’s a second helping of Christmas, but in the summer.

‘We’ve never celebrated Junemas before, but with the impact of Covid and my mum, who lives in Southampton, being careful not to expose herself to the virus, we didn’t get any chance to see her for quite a lot of last year.

‘Christmas is normally a big time for us. I have a lot planned with my family and the kids throughout December, which we couldn’t do this time.

‘Junemas is about making up for the fact that we haven’t really been able to have the Christmas we usually would.’

Missing out on the festive fun with her mum was what spurred Gemma on to recreate the special day six months later.

But ‘Junemas’ won’t be an exact copy of what was planned for December 25.

Instead, Gemma plans to give the festivities a summer twist, to better fit the current weather.

‘We’re treating it like an Aussie Christmas,’ she said. ‘We’re all going to wear Hawaiian shirts and instead of a turkey, we’re putting a chicken on the barbeque. I think I’m even going to try to barbeque some Brussels sprouts.

‘Present exchanging was the one thing we were able to do last year, so instead of swapping gifts, we’re just going to make the day about being together.

‘We can’t do a wreath making class at this time of year, so my mum and I have attended a wildflower bouquet class instead.

‘My son loves gingerbread, so we’re going to make them lollipop shaped and we’re currently figuring out how to do mulled wine with Pimm’s.

‘Oliver knows what we’re planning and he’s very excited. He really missed seeing family at Christmas, so he’s quite excited to be able to make up for that.

‘I just feel like we’ve really missed out on time as a family. It’s so precious when the kids are young and now that my mum is double vaccinated, it feels safe to do so.’

Gemma isn’t the only one planning to celebrate Junemas.

According to research from Aldi, a load more Brits are planning their own delayed Christmas celebrations.

She said: ‘Traditionally, Christmas is a time when people try to switch off and re-set. For some, it’s the only time all year where they feel they truly unwind and get to spend real quality time with their loved ones.

‘Having missed out last December on so many of the aspects of Christmas that mean the most, like gathering with friends and family and celebrating together, people can finally begin to put some of their worries aside and spend time with the people they love and value the most.

‘Junemas is the perfect occasion to indulge in those moments and I look forward to seeing how it lifts the nation’s spirits this month.’