Christmas tradition: The strangest British traditions you can revive TODAY

Christmas traditionally involves household mingling, as several families gather for December 25 and spend the day together. But in 2020 this is not possible, with people in Tiers 1, 2 and 3 limited to two other families, and those in Tier 4 limited to just one. Although this may put a spanner in the works, it gives people a chance to try new (old) traditions.

Most of the traditions people hold dear are the culmination of centuries of societal evolution.

Exchanging presents, feasting and parties predate the Jesus’ fabled birth but ultimately united with it later on.

Other traditions faded out of practice over the years, many of which were particularly unusual.

But in what has amounted to an especially unusual year, 2020 may provide an ideal opportunity to bring them back. 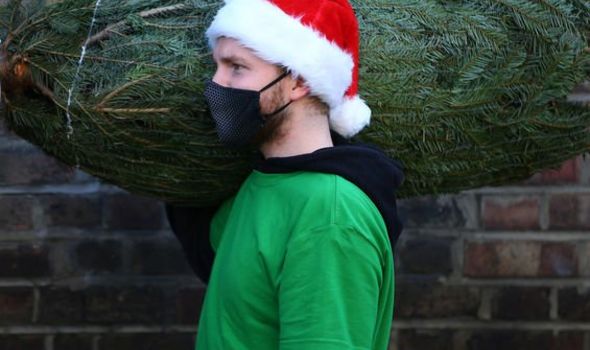 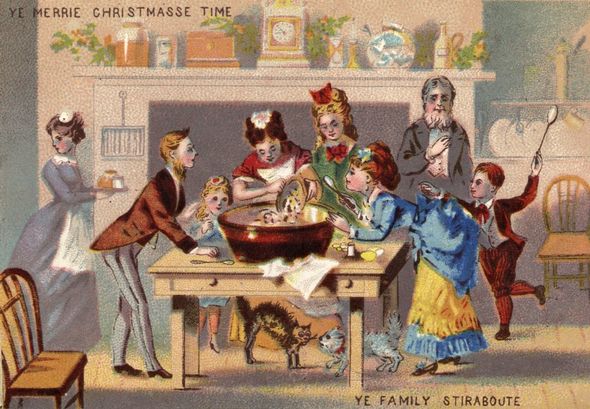 Victorian Christmas differs little from traditions enjoyed by people today, as 19th-century society saw the introduction of the Christmas tree, cards and pudding.

But the latter aspect of the Victorian celebration included two more trinkets alongside the traditional coin.

In her book The Victorian Christmas, Anna Selby explained how Victorians included three trinkets which unique symbolism for those who found one.

She wrote: “The usual trinkets included a ring, a coin and a thimble.

“When the diners are their pudding, the one who found a ring could expect a wedding, the coin symbolised the gaining of wealth and the thimble meant – depending on the interpretation – either a life of blessedness or spinsterhood.”

People at home may not want to add too many charms around those who might be at risk of choking, but the Victorian method adds a new dynamic to the tradition. 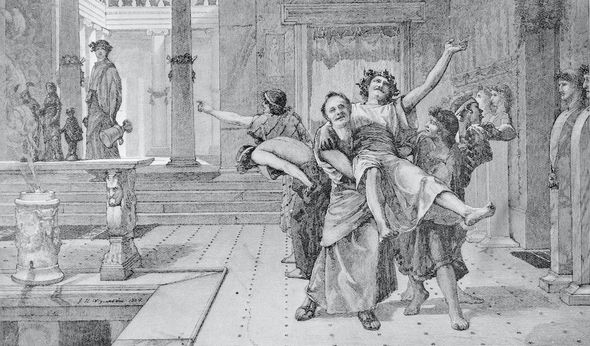 The Anglo-Saxons were a cultural group of immigrants from Germanic tribes who inhabited Britain from the 5th century AD.

They brought aspects of Norse mythology with them, including Yuletide, which may have seen them eat boar instead of turkey, ideal for those not too set on white meat during Christmas.

Richard Denning, an author of historical fiction, opened up on what a traditional Saxon Christmas meant.

He said: “Freyja and Freya (Norse goddesses) were associated with the boar.

“This was the primary animal represented in Yuletide customs and indeed in Anglo-Saxon culture in general.

“It is mentioned in epic warrior poetry like Beowulf. A boar’s head may well have been sacrificed to appease the gods and the boar continued to ornament brooches, bowls and jewellery as well as more military objects for centuries.” 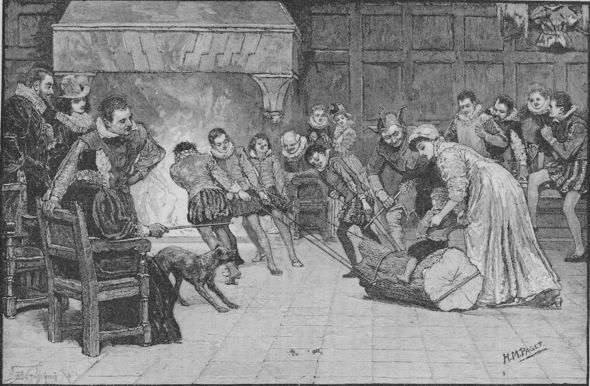 Roman society doesn’t have the best association with Jesus Christ, given their role as ancient aggressors in the Bible.

As such, it may come as no surprise that they didn’t celebrate Christmas in a religious sense, but many of their customs became naturally intertwined with the holiday.

Romans celebrated the festival of Saturnalia instead, and exchanged presents, lit candles and feasted on the day.

One of the less enduring traditions for the festival was choosing the Saturnalicius princeps.

A member of a household would become the “Lord of Misrule” after finding a coin in a cake and make mischief, dress in crazy outfits and plan “scandalous” entertainment.

We all know about King Henry VIII’s love of food, feasts and luxury, but Tudor Christmas was a very down to earth occasion.

One of the more unusual traditions came, once again, from Norse culture.

Tudors would select a large log from the forest on Christmas Eve, decorate it with ribbons, and drag it home to lay on the hearth.

The log would burn for the 12 days of Christmas, and it was considered lucky to keep its charred remains into the following year.

The tradition is lesser-known today but immortalised in the form of a Yule log cake.