Series Three: In this keenly anticipated third series, the King executes his advisers for suggesting that a horse would be capable of putting an oversized broken egg back together again.

Series Four: Dumpty is rushed to A&E ‘Hold on in there, Humpty! Don’t leave me!’ begs his weeping lady egg friend, Rumpy Pumpy. 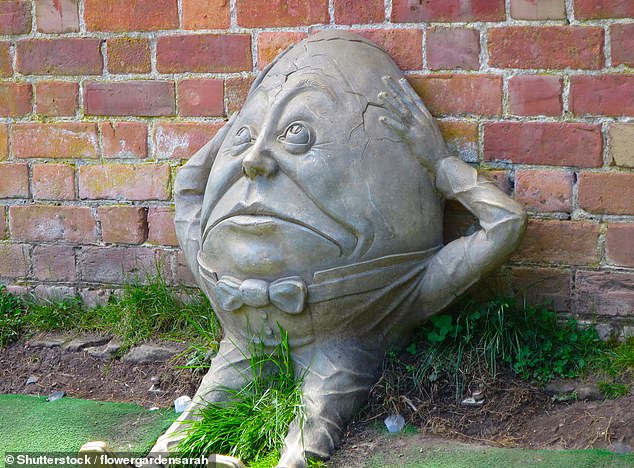 Series Five: Dumpty is successfully treated by a top surgeon. However, he faces a long convalescence. Now, he must learn to be an egg again. The devoted medical staff train him to sit in a punnet for up to six hours a day.

Series Six: As a result of disappointing viewing figures for Series Five, the Dumpty production team injected a fresh element of suspense.

In the controversial sixth series, a serial killer breaks into the hospital, hell-bent on making an omelette. Across ten episodes, he slaughters ten prominent eggs with a variety of instruments including a whisk, a fork, a wooden spoon and a fish-slice.

How long will it be before he manages to locate Dumpty?

Series Seven: The eagerly anticipated seventh series is coming this spring. Rumour from the set has it that, in an intriguing plot twist, Humpty Dumpty becomes obsessed with the idea of returning to his wall. Which brings us to the question everyone is already asking on social media: how long before Dumpty has another fall?

Theresa: The Path to Glory

Series One: Young Theresa May is born in Eastbourne, Sussex. She is a studious little girl, always ready to do her best at school, and to help her parents around the house. 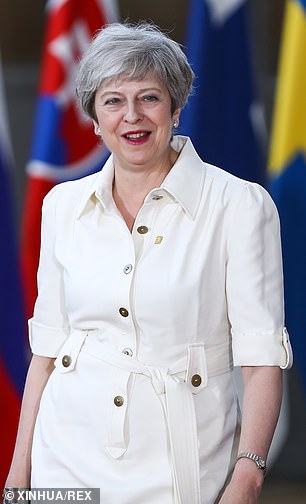 After a slow start, the series ends on a cliff-hanger. On a walk with a schoolfriend, Theresa sees a field of wheat. ‘I know! Let’s run through it!’ suggests her friend. Theresa hesitates. Will she? Won’t she?

After a slow start, the series ends on a cliff-hanger. On a walk with a schoolfriend, Theresa sees a field of wheat. ‘I know! Let’s run through it!’ suggests her friend. Theresa hesitates. Will she? Won’t she?

Series Two: Theresa decides to run through the wheat field. Most of Series Two is devoted to her working out the most direct route over a series of planning meetings with her friend.

The final episode of this series sees them putting on plimsolls and going to the edge of the field. Then they look one way and another to check if there’s a farmer about.

She has never done anything so naughty.

Will she or won’t she?

Following extensive research, including interviews with highly placed sources, Series Three has the young Theresa May running across the wheat field bearing a machine gun, straight into the arms of a top-ranking British spy.

Having signed up for hush-hush work with MI5, Theresa embarks on a clandestine love affair with top art connoisseur and Soviet agent Anthony Blunt, played by Danny Dyer.

In the final episode of the series, Theresa must decide whether to pursue her first passion, music, and to join a new all-girl group, The Spice Girls, or to settle for second best and become the Conservative candidate for Maidenhead.

After a sleepless night racked with guilt about running through that wheat field all those years ago, Theresa is still undecided. Which path will she choose? To know the answer, we’ll have to wait for Series Four.

Series One: Doctor Foster goes to Gloucester in a shower of rain. He steps in a puddle, right up to his middle, and never goes there again.

Series Two: Doctor Foster returns to Gloucester, in mid-July, hoping to avoid another shower of rain. But freak weather conditions mean that he steps into another puddle, this time right up to his top.

At the last minute, he is hauled to dry land by a passing stranger, an attractive young lady who is wearing nothing but a wet T-shirt. He vows never to go there again.

Series Three: Doctor Foster plans to return Gloucester, this time in a monsoon. ‘At least I’ll be safe on board this brand new ship, HMS Titanic,’ he says, as he waves goodbye. 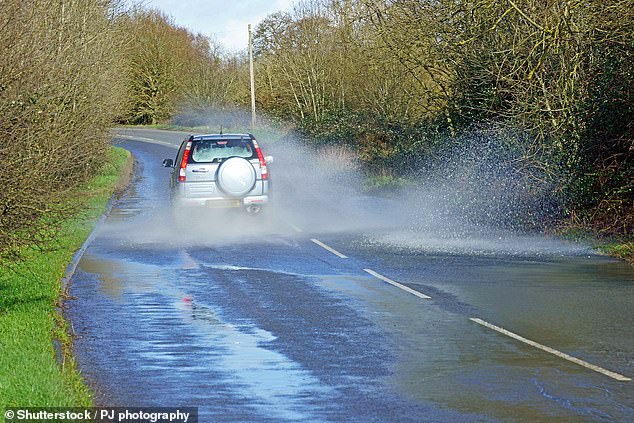 Series One: Doctor Foster goes to Gloucester in a shower of rain. He steps in a puddle, right up to his middle, and never goes there again. Wet weather is seen in Gloucester in February