'Creamy lemonade' trend is taking over TikTok: Try the recipe

It’s lemonade season, but this year, people are making it creamy.

TikTok’s latest drink trend is putting a small textural twist on the classic citrus beverage, and it has attracted more than 15.9 million views under the video-sharing app’s “creamy lemonade” hashtag.

While the earliest creamy lemonade appears to have come from a handmade accessory store called Hayzee Girl Designs in late May, the relatively new hashtag has become a viral trend in recent weeks with hundreds of TikTok users putting their own spin on the soft beverage.

Hayzee Girl Designs’ viral video, which has been seen by more than 5.2 million people since May 20, is a strawberry lemonade recipe that uses sweetened condensed milk. Representatives for Hayzee Girl Designs did not immediately respond to FOX News’ request for comment.

Other TikTok users and verified creators have since shared creamy lemonade tutorials and reviews that focus on whipping up classic lemonade.

Yumna Jawad from Feel Good Foodie – an American digital food media company – shared her creamy lemonade recipe with her 1.2 million followers on Sunday, and the video is already the second most viewed on the app with 3.6 million and counting.

In an email sent to FOX, Jawad explained that the addition of condensed milk changes not only the drink’s feel but the flavor, too.

“The creamy texture transforms the taste of the lemonade to make it more mellow and sweet, but with a great burst of fresh citrus flavor,” Jawad wrote. “To me, it tastes like a lemon-flavored creamsicle!”

This is lemonade on another level! Just add sweetened condensed milk to your lemonade recipe and enjoy! 🍋 ##creamylemonade ##summervibes ##lemonade

Last but not least, the drink will need to be stirred to bring the creamy lemonade to completion.

Comments under Jawad’s viral post varied with many saying the drink looks “good” or “refreshing” while others asked if a plant-based dairy alternative can be used. 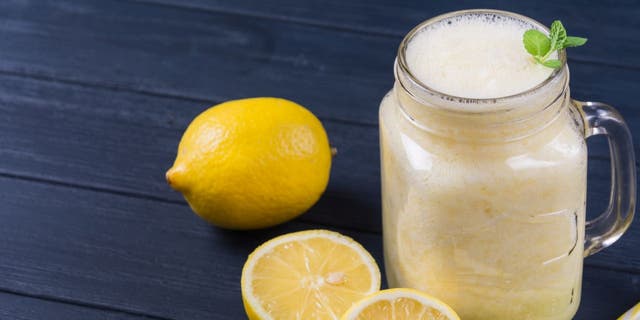 It’s lemonade season, but this year, people are making it creamy.
(iStock)

Some TikTok users even pointed out that the current creamy lemonade trend shares similarities with popular citrus-and milk-based drinks in the Dominican Republic and Brazil under the names “Morir Soñando” (To Die Dreaming) and “Limonada Suiça” (Swiss Lemonade), which use oranges and limes, respectively.

Interest in creamy lemonade peaked nationally in the last week of May and again in mid-July, according to search engine queries recorded by Google Trends.

The top six states that are most interested in the trendy recipe include Georgia, Illinois, Texas, Ohio, California and New York.