Australian culture is in free fall. Over the last few weeks, many theatres, museums, cinemas, arts centres and concerts halls have closed their doors again. They have no idea when they will be able to reopen. For a sector that is all about bringing people together – performers, artists, audiences – there is no alternative click-and-collect economy.

Sydney Opera House is deserted except for distanced joggers.Credit:James Brickwood

Creativity in Crisis, a report just published by the Australia Institute, paints an alarming picture of the impact of COVID-19 on the arts and culture sector so far: small company insolvencies, plummeting wages, massively increased job insecurity. And that’s based on the evidence before Delta hit. Without a major intervention, Australia’s arts and culture sector will be irreparably diminished.

I know this because I watched it almost, but not quite, happen in the UK. Through the first year of the pandemic, I was Director of Arts at the BBC, Chair of a major arts centre in Manchester and ran the Culture in Quarantine project. I saw the impact on organisations and careers at every level. To everyone’s astonishment, Boris Johnson’s government, not renowned for general competence, came through for UK arts and culture.

The Culture Recovery Fund was launched in July 2020 and, one year on, is well into the process of delivering the equivalent of $3.735 billion dollars to artists and cultural organisations in England. It has been administered by one organisation – Arts Council England – which has used the scale of the commitment to act strategically, spreading support across the regions. The initiative has saved hundreds of organisations and thousands of careers from going under. 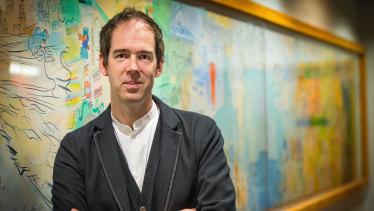 Jonty Claypole is an arts leader, producer and writer. He received an MBE for his role supporting UK culture through the pandemic.

Britain is by no means out of the woods yet. In my Zoom meetings with UK arts organisations (I moved back to Australia in April), we are rapidly discovering a vaccinated society is not quite the promised land we had hoped. Shows and events are regularly cancelled because performers suddenly need to isolate, while consumer confidence remains low: is a night at the theatre really worth ten days in isolation? This isn’t just a quirk of a very British ‘pingdemic’: it will happen here when Australia opens up.

British culture hangs on by the skin of its teeth. Once you leave aside a lot of sentimental pap about the innate resilience of artists, you come to the unavoidable fact thatit was a massive government intervention that prevented and continues to prevent UK culture from going under.

The big question is whether Australia’s federal government will manage to do the same. So far interventions have been piecemeal. Add the figures up any way you want, and they are small compared to the commitment of most Western European countries.

On one level, this reflects the stop-and-start nature of COVID’s progress here in contrast to the European Armageddon. But it also reflects more worrying trends, such as the growing chasm between federal and state governments in which a shared cultural strategy focusing on long-term sustainability could easily get lost. Instead, the sector lurches between charity handouts, like the $4 million just awarded to Opera Australia (equivalent to about 3 per cent of its 2019 revenue). Welcome of course, but it will last – what? – a few months before the Bat-Signal gets turned on again. 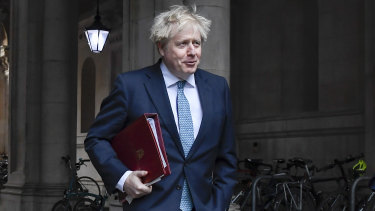 Delta is here to stay. And even with our arms stuffed full of 85 million Pfizer doses, new variants will keep hospitalising us – just as they are in Europe – making large-scale, communal cultural experience prohibitive. Forget Christmas: we aren’t looking at anything like culture-as-normal in Australia until the second half of 2022 at the very earliest.

Tackling this requires a coherent and long-term investment strategy, on a scale befitting the size of the sector. This matters for all the obvious reasons: the economy, personal fulfilment, the vibrancy of our cities and regions. But there is something else which should scarcely need mentioning except for the fact that it is rarely acknowledged in Australian politics.

Having spent most of my life outside of Australia, I have watched with pride as the country of my birth has emerged as one of the world’s cultural superpowers. Australian musicians – whether Nick Cave, Tame Impala, Sampa the Great or Kid Laroi – have billions of fans around the world. Hollywood is swamped with Australian talent – from Nicole Kidman to Baz Luhrmann – to the point of parody. Novelists like Peter Carey, Richard Flanagan and Kate Grenville are amongst the finest writers in the English language today. The great orchestras of the world are filled with Australian musicians (and occasionally reunited by the Australian World Orchestra), while innovators like Hot Brown Honey and Bangarra Dance Company are seriously hot tickets when they tour internationally. A list of Australian talent can go on and on. 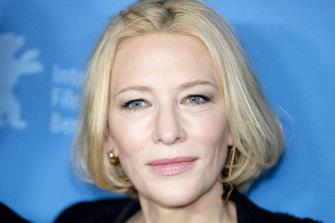 If Australia’s arts sector does not get significant support, where will the next Cate Blanchett come from?Credit:dpa

Britain is a country whose politicians can’t stop crowing about its cultural significance and ‘soft power’. In comparison, most Australian politicians are very uncomfortable talking about culture at all, despite the fact it’s what Australia is best known for in the 21st Century. I cannot explain this reticence, but I do know that the actions of the federal government over the next few weeks will determine the extent to which the next generation of Cate Blanchetts, Thelma Plums and Warwick Thorntons is made or lost. A destabilised and wounded arts and culture sector, reeling from crisis to crisis, cannot do what it must, which is nurture the creativity of Australians – young and old.

Scott Morrison’s government has a historic opportunity to recognise Australian culture as much as the rest of the world does by putting it centre stage of its pandemic response. I hope that over the coming weeks it will find both the words and policies to do so.

Jonty Claypole is an arts leader, producer and writer. He received an MBE for his role supporting UK culture through the pandemic.

The Opinion newsletter is a weekly wrap of views that will challenge, champion and inform. Sign up here.