Sat behind a keyboard with his chin resting on his fingers, serial killer Dennis Nilsen smiles arrogantly into the camera in a never-before-seen photo taken in his stark prison cell.

Another image shows Nilsen, dressed in white briefs, a vest, socks and a pair of trainers, with his arms outstretched as if caught in the middle of a dance move.

The photos are shown for what is believed to be for the first time in new Netflix true crime documentary series Memories of a Murderer: The Nilsen Tapes, which is based on more than 250 hours of audio recordings made by Nilsen during his life sentence which saw him say in several prisons.

The serial killer, who died in 2018 serving a life sentence for the murders of 12 boys and men in North London between 1978 to 1983 recorded himself while in prison to prepare an autobiography.

In the tapes, Nilsen can be heard casually discussing his crimes, joking about death and commenting on the quality of the prison’s canteen or his day to day life behind bars.

The documentary also showed the cold-blooded killer relaxing and exercising in his prison cell in his underwear, in front of a keyboard. 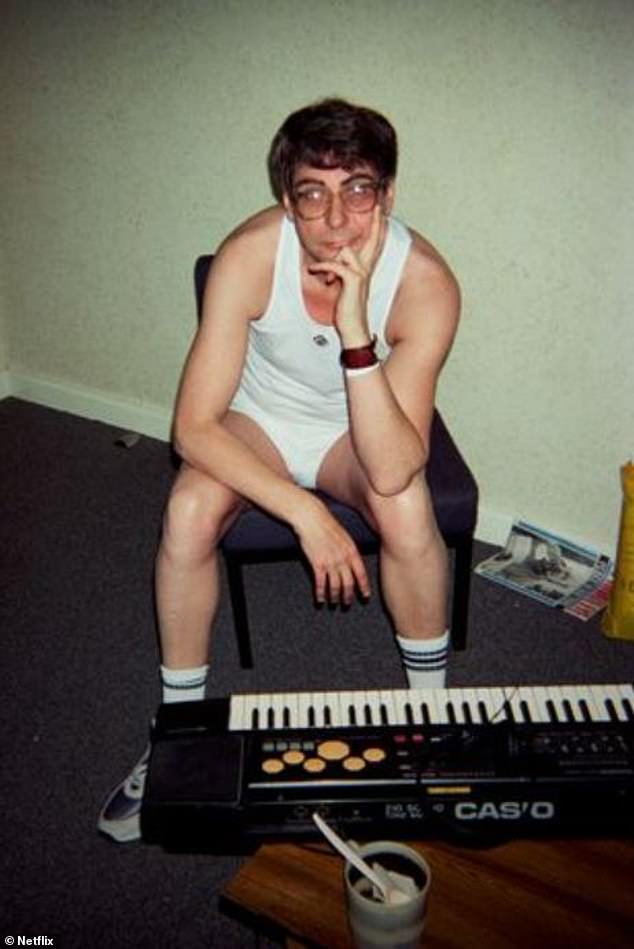 Sat behind a keyboard with his chin resting on his fingers, serial killer Dennis Nilsen smiles arrogantly into the camera in a never-before-seen photo taken in his stark prison cell 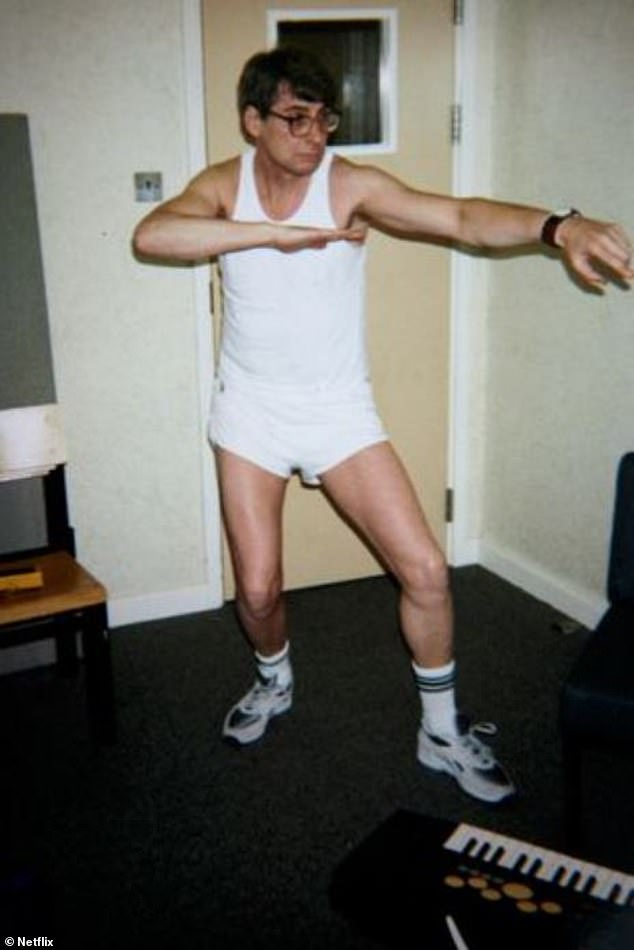 In the documentary, the killer can be seen exercising in his cell, wearing underwear and trainers, pictured

The cold-blooded killer and necrophiliac could be heard in the show discussing the prison’s canteen’s curry and taking marijuana behind bars.

He could be heard at some point saying: ‘What a way to spend Christmas. Because it’s the festive season, I think I should have a magic cigarette. Let’s have a wee spot of magic,’ referring to the drug.

Nilsen, who was a heavy smoker, seemed to have a laid back approach to life and death, joking: ‘We are ruining our healths. Oh well, we’ve all got to die of something, haven’t we?’

The tapes also revealed the killer was given a keyboard in prison, which he played in his underwear. 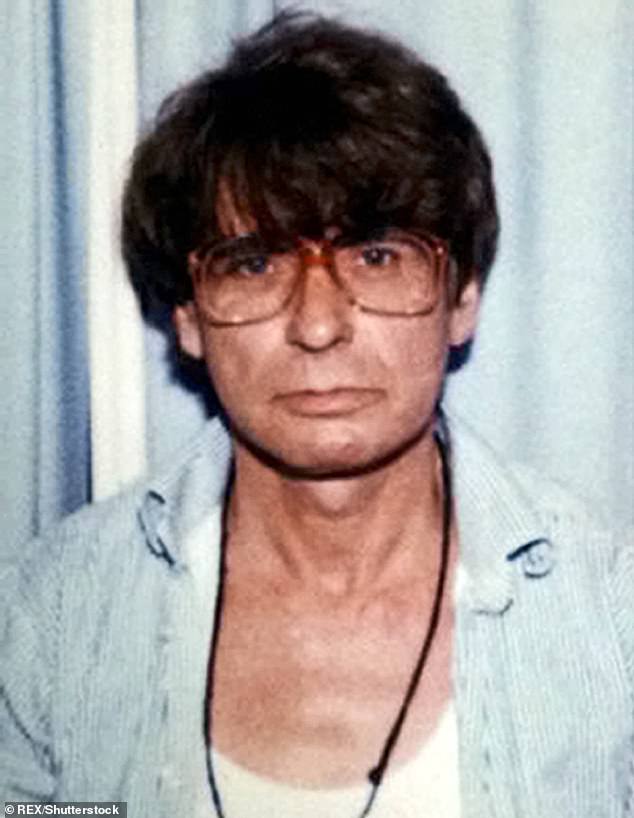 Nilsen killed at least 12 men between 1978 and 1983. He would kill them at his flat in Muswell Hill and would keep their dead bodies for some time before discarding them. He never expressed remorse for his crimes 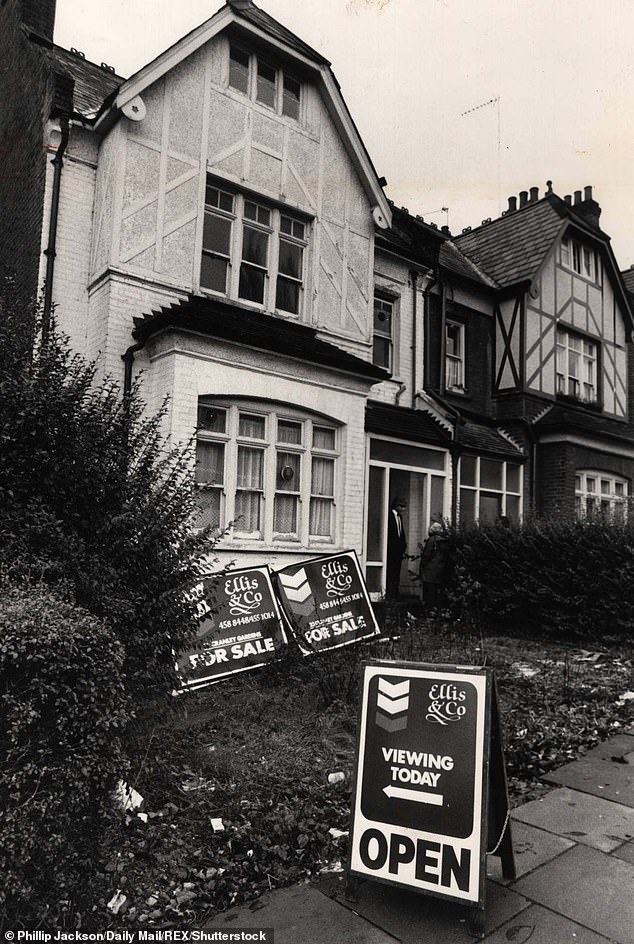 Nilsen confessed his murders after neighbours found human flesh in the drains by his North London flat, picturd

‘Oh God, I’m stoned as a bat here. Ah, I’ve got the keyboard out in front of me. Before me is a small portable mini keyboard of 1980s vintage,’ he said.

‘Here, in this splendid and accustomed isolation, I can use this audio brush to paint all the coloured hues of my emotions. I reach out to the board and my hands are shaking slightly,’ he added.

On top of the keyboard, the killer was treated to a pair of budgies, whom he called Hamish and Tweetles and who can be heard in one of the recordings.

The murderer never expressed remorse for his crime, and said the media was feeding the myth he was a monster.

‘A clearly prejudiced picture had been allowed to form in the public’s mind, even before I was charged with any offence, giving the media full latitude to milk their property. 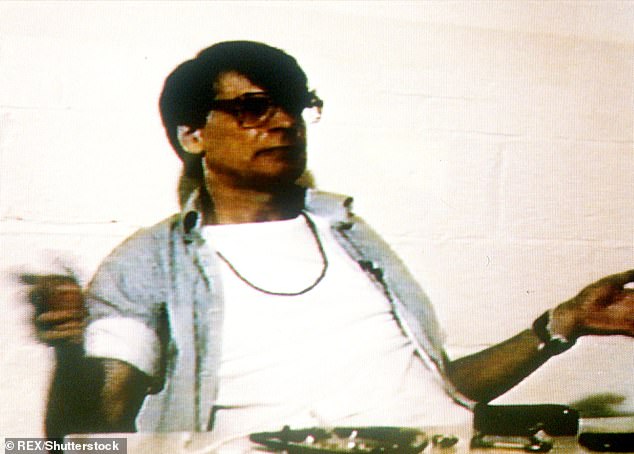 Pictured: Nilsen ten years into his prison sentenced in 1993. In the recordings aired on the show, he talks about life in prison and reflects on his crimes 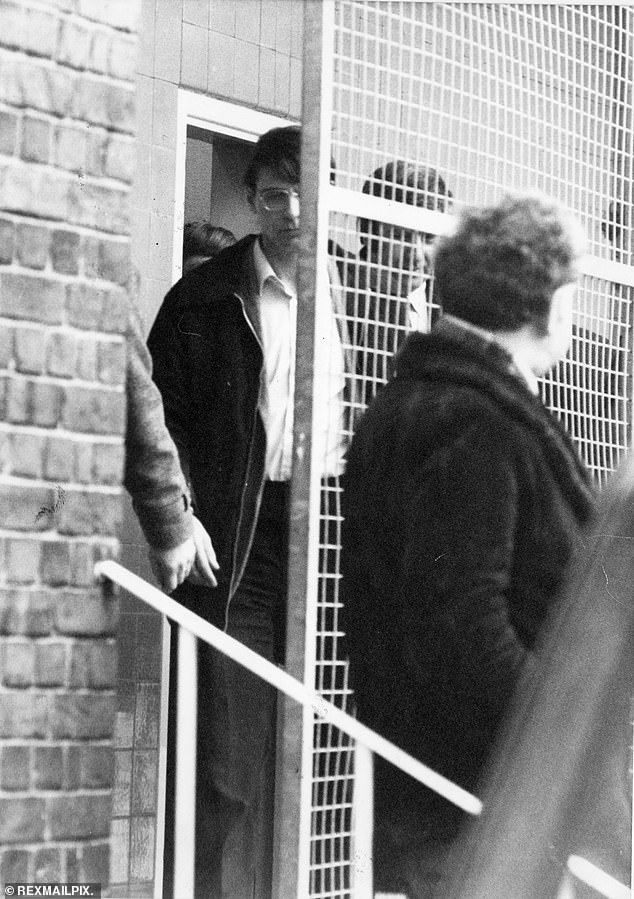 ‘This allowed the images of monstrosity to take full flight, to whet the profitable public imagination… I am a man, not a monster. Awkward, isn’t it?’, he said in one of he recording, after bragging he was the most talkative of murderers to ever speak to the press.

The killer, who killed most young gay homeless men and whose youngest known victim was just 14, talked in the tapes about his desire for gay men.

‘As is my desire, the most beautiful creature in my universe is sleek, slim, male youth,’ he said.

‘The sight of him in his adamant glory sends my mind into a concentration of cathartic spasms. The man obsessed… The heart a-pounding. He is oblivious to the future,’ he added.

The autobiography Nilsen mentioned in his recording was likely published posthumously in 2020. 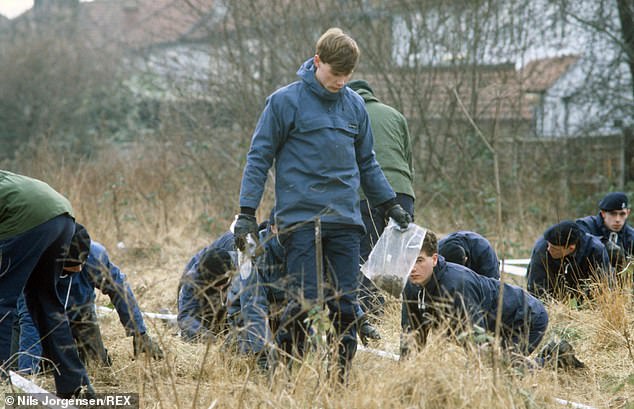 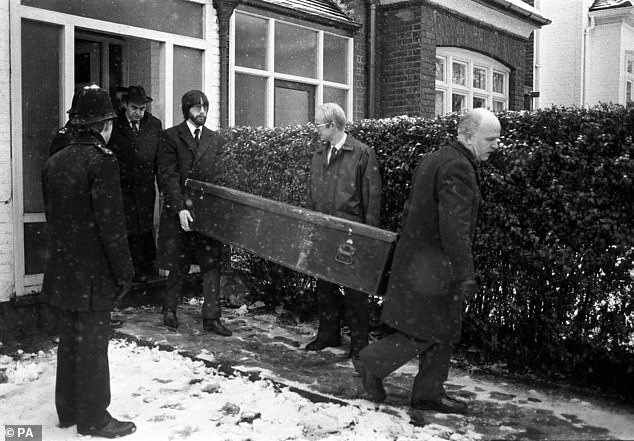 Titled History of a Drowning Boy and published by RedDoor Press, it included the former civil servant confessing to a set of new crimes from beyond the grave

He was caught when bones and rotting flesh were found clogging drains in the house where he rented a flat in Muswell Hill, North London.

Nilsen would carry out all of his murders in much the same way by finding a vulnerable young man, luring them to his flat, murdering them and then bathing their corpse.

After his trial, he was jailed at HMP,  Wormwood Scrubs before he was transferred HMP Parkhurst after an inmate attacked him.

He later was moved to HMP Wakefield, where he remained until 1990, before he was transferred to HMP Full Sutton, where he stayed three years before moving to HMP WhiteMoor.

In 2003, he was transferred to Full Sutton again, where he stayed for the rest of his life.

Memories of a Murderer: The Nilsen Tapes is on Netflix now

Dennis Nilsen killed at least 15 men over a period of six years in London in the late 1970s and early 1980s.

Most of his victims were homosexual or homeless men who he would pick up in bars across London or on the street.

After inviting them to his home, Nilsen would ply his victims with food and alcohol before killing then. His preferred method was strangulation.

Once dead, he dismembered their bodies by dissecting them in his house. In his first address, Melrose Avenue, he buried their remains in the garden. In Cranley Gardens however he was forced to take other measures.

Once arrested he told police how he boiled the heads of his victims in a large cooking pot to dispose of their brains.

Nilsen (right), with a prison warden at his side, after he was sentenced to a minimum of 25 years imprisonment after being convicted of six murders and two attempted murders at the Old Bailey

He would cut up the rest of their bodies and store them in plastic bin bags at the property. When the stench of their rotting corpses became stronger, he tried to flush their limbs down the toilet and drains.

This caused a large blockage in the pipes. Seemingly oblivious to risk, Nilsen audaciously complained to a waste company about the blockage and asked for it to be resolved because he and other residents were suffering as a result.

When a worker Dyno-Rod arrived at the property in 1983 to unblock them, he discovered what appeared to be flesh and fragments of bone when he opened a drain cover outside the property.

The following day, after inspecting another section of pipe, he and his supervisor discovered what they thought were bones of a human hand.

They alerted police who arrested Nilsen as he returned home from work. While in custody he admitted to killing at least 15 people.