A LAD swallowed his mate's house key on a night out to stop him leaving drinks early.

Barmy Daniel Perry, 26, took it upon himself to continue the party when pal Jaymie O'Sullivan tried to call it a night. 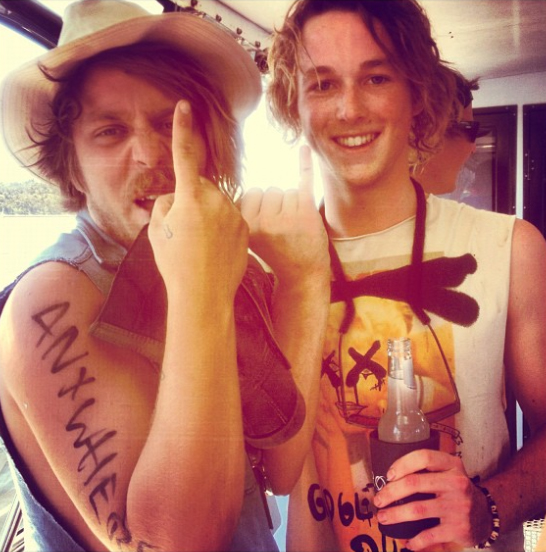 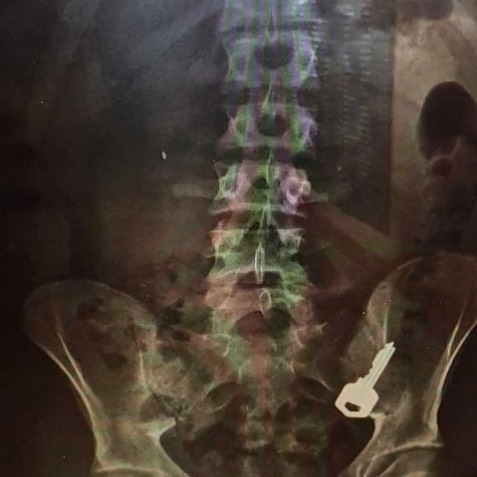 The two friends from Perth, Western Australia, were drinking at the city's Akuna Club when they become locked in a bizzare competition.

Dan told the Sun Online:"We were having a competition to see who could swallow the most coins, but he was succeeding after swallowing two 50 cent coins and four 20 cent pieces.

"I attempted to swallow my first 50 cent piece, but it got lodged in my oesophagus and Jaymie had to perform the Heimlich manoeuvre… so I admitted defeat.

"He then thought it would be a good time to go home, but I had other plans."

He then thought it would be a good time to go home, but I had other plans

Knowing that Jaymie lived alone, Dan swiped his key and swallowed it on the club dancefloor.

He said: "I proceeded to take his house key, put it in my mouth and swallow it.

"He had a look of despair on his face. He was fairly off it to say the least"

After feeling some discomfort the next day, Dan rushed off to the emergency department to get a sick note for work.

But even though x-rays revealed the key was wedged in his stomach, Dan decided to have another drinking session that night.

He claimed: "I felt it through my internal organs and knew it was on its way.

"We again were on a night out and I went to the closest park to pass my bowel.

"Once the key was cleaned up, I went straight to the nightclub and handed it back to him – he was over the moon."

But the gruesome prank proved costly for Dan.

He added: "Jaymie said I owed him $600 (£322) for the locksmith that came over to change the majority of locks at his house."