A SELF-confessed "ditzy blonde" has slammed Ikea for making a cheap £1 plastic tray look “oven-ready” after an embarrassing melting disaster.

Tiana Lowe, 24, was thrilled with her £1 bargain – until she was met with the acrid stench of oozing plastic while cooking up a treat. 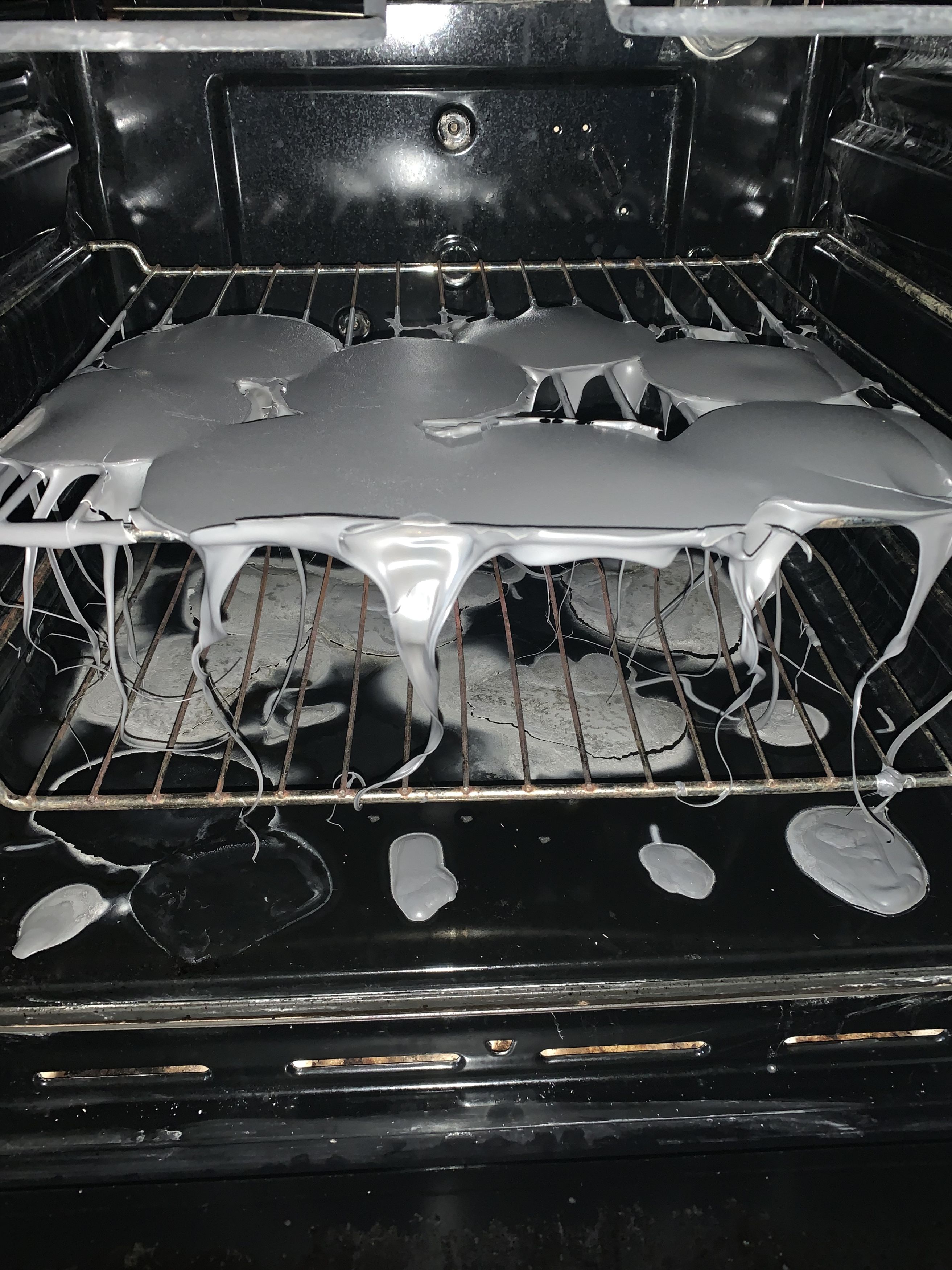 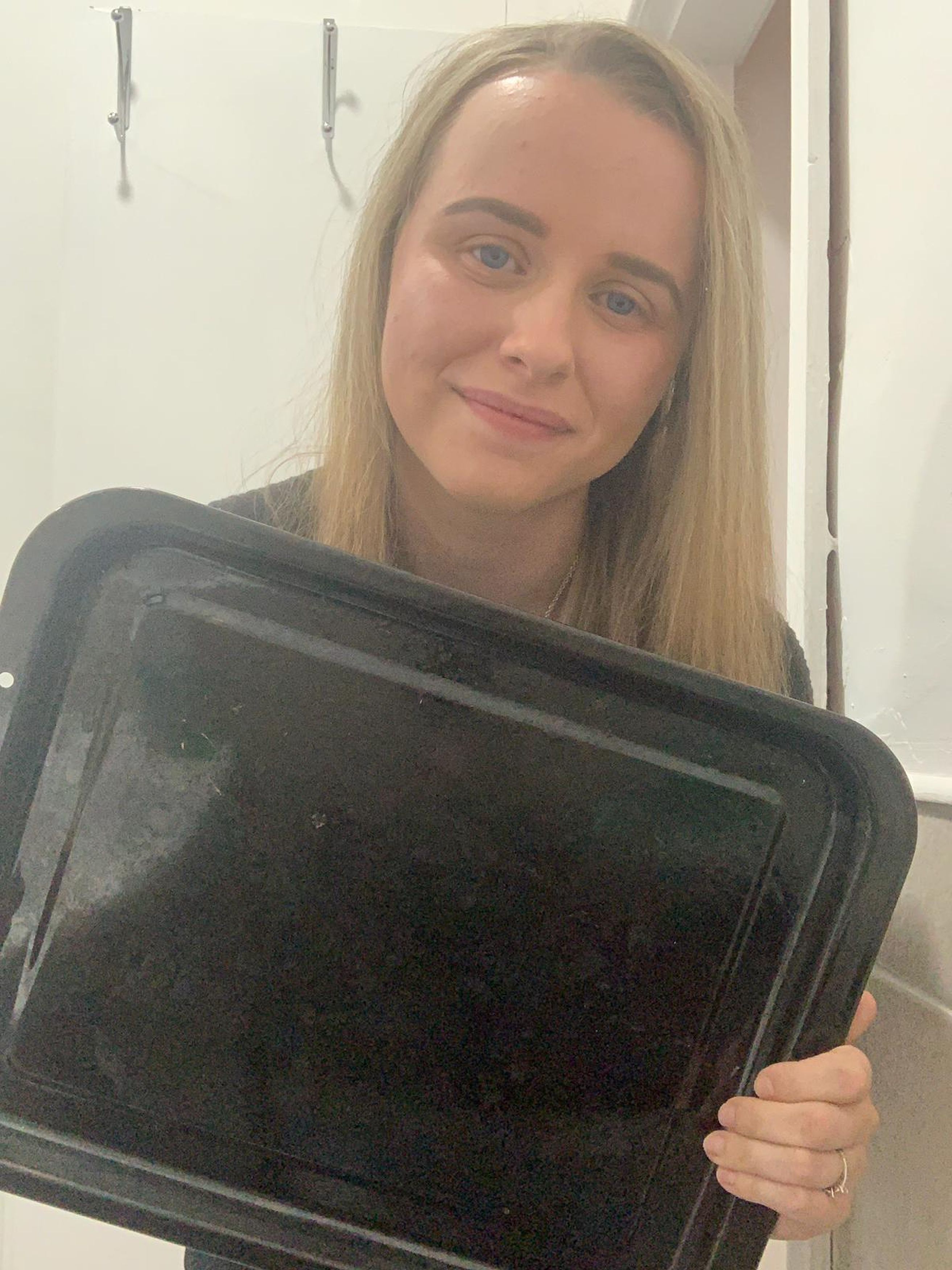 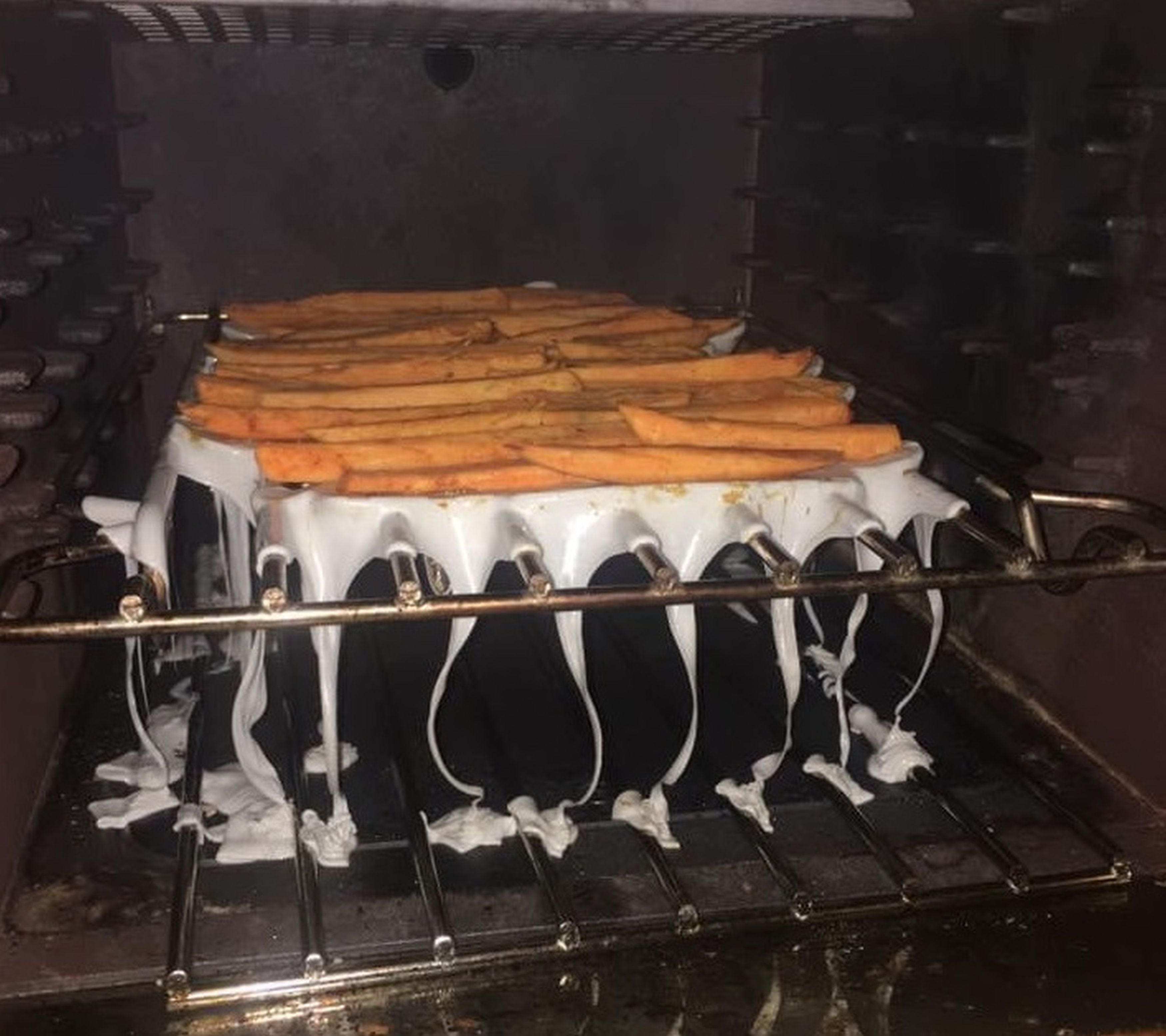 Tiana has now urged Ikea to redesign its plastic serving trays as they're "too realistic".

That's despite the busy mum admitting that the cooking disaster was due to her failing to read the label in the first place.

But her impulse buy dramatically backfired after filling it with eight potato cakes.

She suddenly noticed a strange burning smell wafting from the kitchen.

The mum-of-one was stunned upon opening the oven door to be hit with a thick cloud of smoke from the disgusting silver pool of dripping plastic.

And she was fuming as it took two hours to scrub clean.

But her complaint backfired when users mocked her kitchen disaster, and helpfully warned her "don't buy a chocolate teapot".

The tray was called TILLGANG and who knows what a TILLGANG is?

However, it turns out she might have a point, as the Swedish company's site shows other customers have also been fooled into melting the serving trays.

Two fellow disgruntled buyers have given it a one-star review after similar bungles.

However Tiana has admitted her "blonde moment" was her own 'error'.

But she is adamant that Ikea should switch the tray's colour from metallic silver – or even redesign it so it clearly doesn't look oven-suitable.

Tiana, from Westhoughton, Greater Manchester said: "We could smell burning, so we opened the oven to find a big puddle of melted plastic and lots of black smoke coming out.

"It was all dripping from the tray, then I checked and realised it wasn't an oven tray, it was clearly plastic and it'd melted all over the entire oven.

"The entire house stunk of burning plastic, so we had to spray the whole kitchen top to bottom and open all the windows."

"So a couple of days later I'd had to throw the oven racks away and scrub it all again.

"I had to clean everything in the kitchen as well because of the fumes from the plastic that would have gone on everything."

Tiana explained her confusion over the tray, adding: "I was wondering what I'd actually bought, so I got the receipt and got my friends to Google it and they saw that it was the plastic tray.

"I must admit, I didn't read the sticker on it. It didn't feel plastic or look plastic.

"It felt a lot lighter [than metal]. But I thought that was because it was smaller and it was only £1.

"It was called TILLGANG and who knows what a TILLGANG is?

"But I thought it was a bargain so I went for it. I've checked the reviews and it turns out I'm not the only person who's done it."

I found it hilarious. It's something I'd do. I have my ditzy blonde moments.

She advised Ikea to "make them actually look plastic and maybe change the colour, or put a giant warning sign on them. But it's my error not theirs.

"I found it hilarious. It's something I'd do. I have my ditzy blonde moments. I wouldn't say I'm not intelligent but I do have my moments."

Tiana had to spend £18 on replacement oven trays, but said she hasn't been in touch with Ikea aside from the 'humorous' Facebook post – because she knows it's her fault.

She's also laughed at her error, shrugging off the inevitable online mockery because she 'expected it'.

Tiana added: "Some of the comments were a little bit harsh.

"But when I posted it I fully expected a roasting and I do well with banter so I was just laughing them all off. I appreciated the sympathy as well.

"I've learned my lesson. I'll be reading the description in future. Don't judge a book by its cover as they say."

Some users have sympathised with her, including 29-year-old Laura Barrass, who made the same mistake with another serving tray product four years ago, admitting "it happens to the best of us".

Michelle Collins added: "To be fair, it does look like an oven dish."

Her fiance, meanwhile, was more bothered by his meal being ruined than the state of the oven.

An Ikea spokesperson said: "The TILLGANG tray is not a baking tray, but a serving tray made of plastic.

"Whilst this is communicated on the Ikea website and in store we appreciate that its look can be misleading and will take this feedback with us for future development.

"We're sorry for the inconvenience caused." 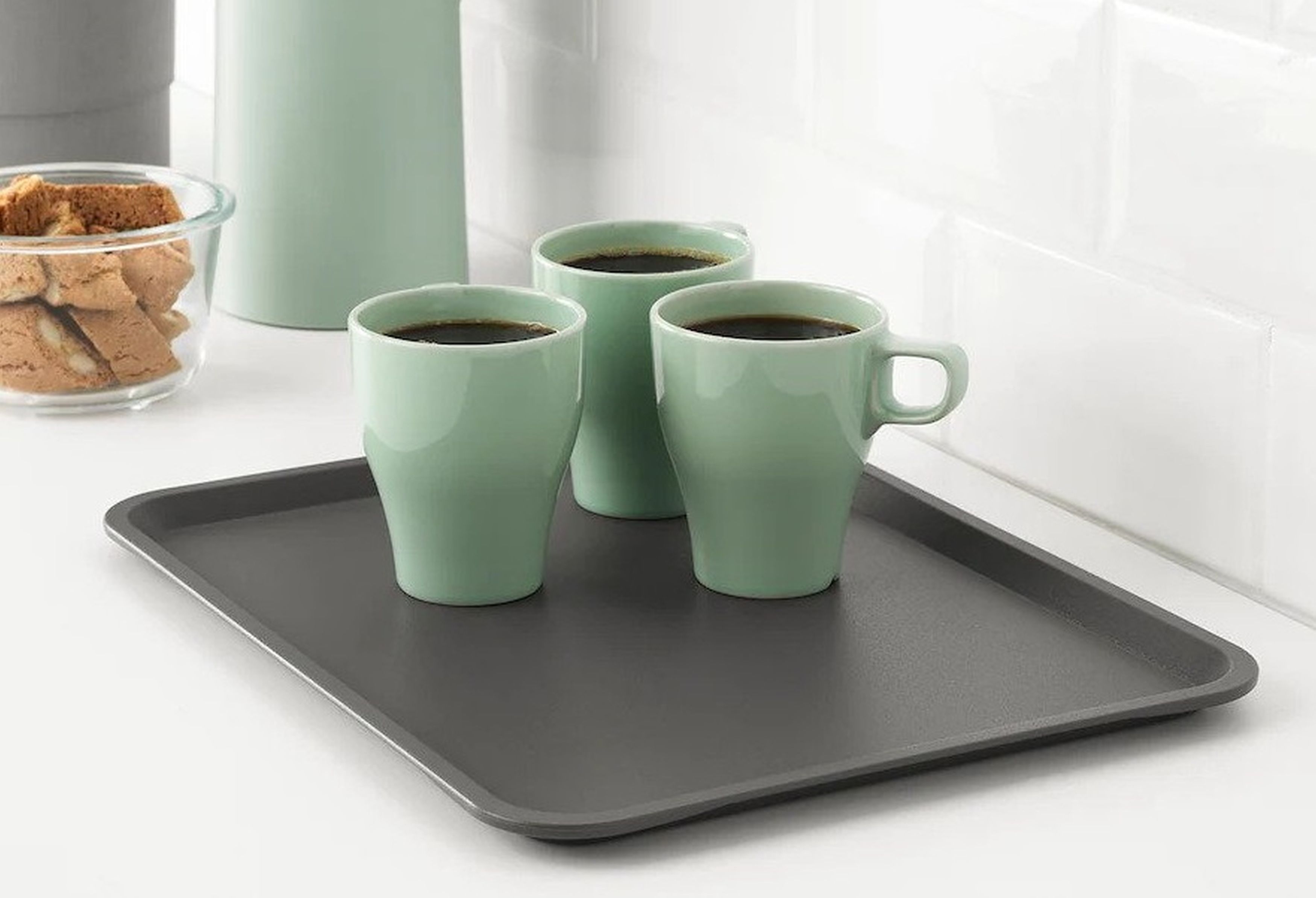 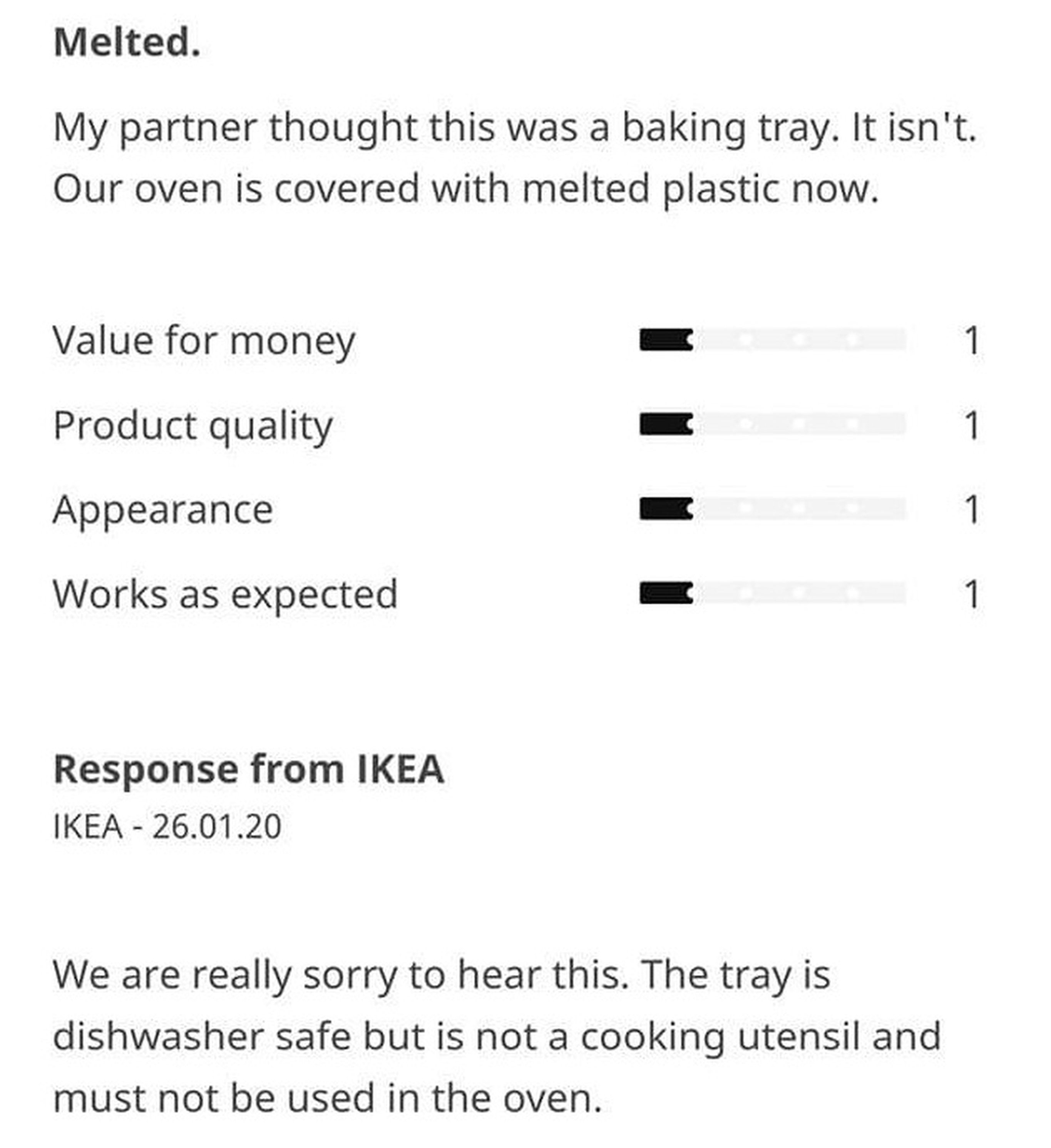