Does YOUR partner have a sex fetish? Tracey Cox reveals the signs

Does YOUR partner have a secret sex fetish? Tracey Cox reveals the six signs to look for – and how to handle it if their kink leaves you horrified

Most of us have a ‘secret’ thing that does it for us sexually.

But, for some people, their ‘thing’ is more than a ‘thing’: it’s a sex fetish they’re too ashamed to ‘fess up to. Lots are so good at keeping it hidden, their partner often has no idea.

If this strikes fear in your heart, you’re not alone – few of us like the thought that our partner keeps sexual secrets.

But lots of people with sexual fetishes, manage them perfectly well solo.

Others would love acceptance but don’t necessarily want to do it with you (a partner who wears your knickers or stockings when you aren’t around, for instance).

It’s how someone wants to fulfil their fetish or kink that determines whether it becomes an issue in your relationship.

It’s when they can’t indulge it solo, or don’t want to, that they’ll start dropping hints.

Does your partner harbour a secret sex fetish? 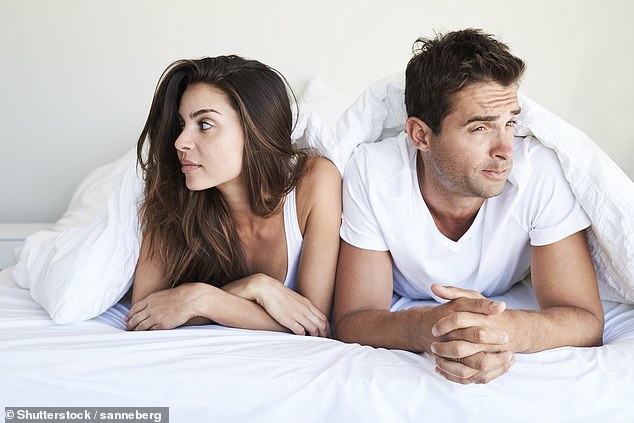 THEIR CLOTHES AND GENERAL BEHAVIOUR MAY GIVE YOU A CLUE

If someone has a foot fetish, they’ll pay an abnormal amount of attention to your shoes – and eye off other people’s shoes as well.

THEY ASK YOU THINGS LIKE ‘WHAT’S THE WEIRDEST THING YOU’VE GOT UP TO SEXUALLY?’

The idea is to decide how open you are to new experiences without coming right out and saying, ‘Hey, I’ve got a fetish. Would you like to give it a whirl with me?’.

THE TOP 10 MOST POPULAR KINKS AND FETISHES

A survey by the UK’s top sex toy retailer, Lovehoney, of 2000 people last year revealed these to be the top 10 British kinks and fetishes.

Filming yourself having sex. We do everything else online so it makes sense that this is now the number one most popular couple’s kink. Often, it’s for your eyes only but some couples also enjoy sharing it with other people.

Role-play. Lots of couples play out their fantasies through role-play. By adopting a different persona, it’s easier to explore sexual activities that would otherwise seem daunting.

A fascination for rubber, latex or leather. They sometimes refer to themselves as ‘rubberists’. The turn on is in wearing tight material as a type of sexual bondage. Others are aroused by the smell of the material.

Spanking. Spanking or being spanked elicits a range of psychological responses. It can do everything from transport us back to our childhood or make us feel humiliated. There has always been a strong link between pleasure and pain.

Foot fetish: Probably the most well-known fetish of all, foot fetishist worship the feet by doing things like massaging them, sucking toes, kissing them and smelling them.

Cross dressing. Generally practised by both heterosexual and gay men, this involves wearing the clothes of the ‘opposite sex’. For lots, the turn on is in the risk-taking, pushing the limits of societal acceptance. Nearly all straight cross dressers are straight, by the way. They just enjoy the fetish.

Watersports. ‘Golden Showers’ – being aroused by urination – is still quite niche, but it’s more popular than most think to make number eight on the list.

Swinging or group sex. More a kink than a fetish, most have sensibly put this one on hold during the pandemic. Over a million Brits are said to have indulged on a regular basis previously.

Exhibitionism. Having sex outside where you might get caught is the most common form.

The more things you own up to, the braver they become, often asking if you’ve experienced the fetish or kink they’re into.

Wanting to make a sex bucket list together can often be your partner longing to suggest exploring something in particular. They hide it in amongst what they consider to be other more ‘acceptable’ sex activities.

If you say yes, they will anxiously scan your face as you do, searching for signs of arousal – or disgust.

‘I’d love to see my partner being brought to orgasm by multiple partners at the same time,’ one man confessed.

THEY’LL MAKE A JOKE ABOUT TRYING IT

If, instead, you seemed to enjoy it, the next step is often a jokey suggestion that you give it a try.

‘What would you do if I put on your panties, just to see what they feel like?’ Pause. Quickly followed by ‘Ha! I’m only kidding!’.

Another common scenario: to pretend they had a dream about you both doing what they want to do.

THEY’LL TRY A WATERED DOWN VERSION OF WHAT THEY WANT

That ‘playful’ spank that gets them really excited, could well be a hint they’re longing to bring out the whip or paddle hidden under the bed.

THEY’LL WANT TO DO THE SAME THING ALL THE TIME

Your partner wanting you to wear stockings and heels in bed now and then qualifies as a kink.

Wanting you to wear it every single time you have sex, or having immense difficulty being able to become aroused or orgasm unless you do, moves it into a fetish.

Pretty sure, reading this, that your partner may be about to tell all?

WHAT TO DO WHEN YOUR PARTNER CONFESSES

No matter how shocked you are, a negative kneejerk response to a fetish confession is going to hurt. 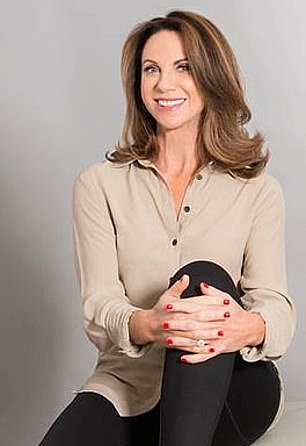 Try not to judge. Instead, ask questions and ask for more information.

Having a fetish isn’t unhealthy or the sign of a psychological disorder, says social psychologist, Justin Lehmiller.

‘Most people with kinks and fetishes are psychologically well-adjusted and don’t experience problems in their lives or relationships stemming from their sexual interests,’ he says.

Fetishes are only considered problems if they involve engaging in non-consensual behaviour, if they pose an unacceptable level of risk or harm to themselves or others, or if they cause severe psychological distress or impairment.

If you don’t want to participate in your partner’s fetish but don’t mind them indulging solo, tell them.

If you’re horrified by the whole thing, do some research online before you make any further decisions. There are support websites and lots of information around most fetishes.

Then talk honestly about how you feel: there is nearly always a compromise, if the couple are willing to find one.

Just remember, lots of people feel shameful about their fetishes and it’s a big deal to finally confess when they do.

‘I have a fetish which largely developed after getting married,’ one man told me.

‘My nervousness with how she might react if I told her, doesn’t seem worth the upset for something I enjoy on my own. She might be fine but equally could be horrified.

‘I wish I’d found this out before we were married because then I’d have told her. To tell her now seems unfair.’

Then there are those who are pleasantly surprised, after shamefully hiding a fetish for years.

‘I’d been with my partner for several years when I found out he liked wearing women’s knickers,’ says one 60-year-old woman who had the experience in her 30s.

‘It didn’t bother me at all and I couldn’t understand why he kept it a secret.’

Visit traceycox.com for more advice on sex and relationships. Tracey’s book Great Sex Starts at 50 is out now and her two sex toy ranges are available from Lovehoney.

WHAT’S THE DIFFERENCE BETWEEN A KINK AND A FETISH?

A true fetish meant the person couldn’t get aroused without indulging – a person with a shoe fetish, for instance, wouldn’t be interested in sex unless there was a shoe involved.

The main difference between a kink and a fetish is best explained this way.

A kink is anything you fancy doing that isn’t generally considered mainstream.

A fetish is more of a fixation or obsession which often involves attraction to certain objects (like rubber) and specific body parts aside from the genitals (like feet).