“When you have seen a cloud in the lap of a pond, and the moon between the waterlilies,
inevitably you are at the mercy of your own soul.”

This Finnish poem, read by bassist Jonathan Zwartz before the premiere of his Suite Suomi last week, reflects on the power of nature.However, it could equally describe the power of music to speak to deep parts of ourselves, as many performances did during this year’s Melbourne International Jazz Festival.

Zwartz wrote Suite Suomi for Finnish pianist and harpist Iro Haarla, who clearly revelled in the work’s emotive depth and beauty. Haarla’s hands swept across her harp in delicate glissandi or bold, dramatic strokes, while her lyrical piano accompanied Zwartz and his ensemble through majestic landscapes towards a stormy finale. 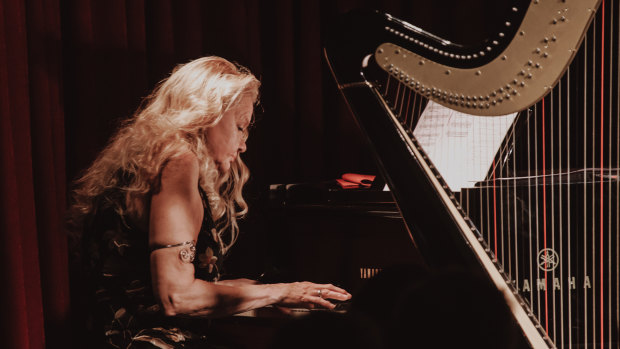 Earlier in the week, pianist Mike Nock revisited the repertoire from his seminal 1982 album Ondas with two remarkable musicians who weren’t even born when the album was released.

Emery and Kim also appeared in Disruption! The Voice of Drums, where Kim played a pivotal role in the music’s propulsion and impact. She and fellow drummer Simon Barker were front and centre – physically and musically – for this compelling work, as composer Jeremy Rose and his Earshift Orchestra created textural layers behind and around them.

Kim and Barker were utterly mesmerising, shaping percussive patterns that incorporated ritualistic Korean rhythms, celebratory Afro-Latin jaunts and wave-like surges of pure energy. Images were projected on screens above the performers, but the visuals felt almost superfluous, distracting from – rather than enhancing – the music.

By contrast, the visual elements of Dan Tepfer’s brilliant Natural Machines were a vital part of the experience, literally growing out the music. As the title suggests, the show explored the nexus between natural (or human) and mechanical (mathematical) processes, based on computer programs that reacted in real time to Tepfer’s improvising at the piano. 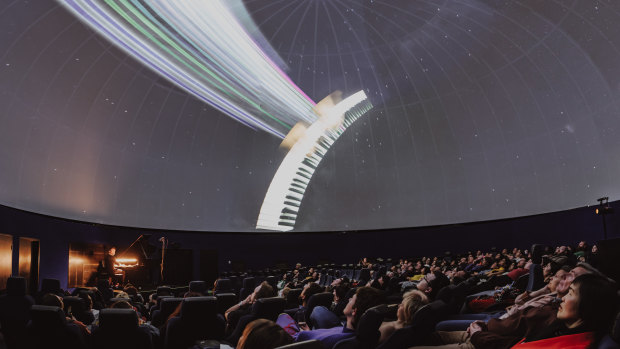 Visual elements were a major feature of Dan Tepfer’s performance at the Melbourne Planetarium.Credit:

As he played, coded algorithms prompted his Disklavier to respond, creating the impression that Tepfer was accompanied by a pair of invisible hands. At the same time, visual representations of pitch, harmony and rhythm danced across the dome of the Melbourne Planetarium, building simple geometric shapes into elaborate 3D fractals and spiralling, multicoloured mandalas.

It was an awe-inspiring show, fusing astonishing creativity with complex music theory and physics. 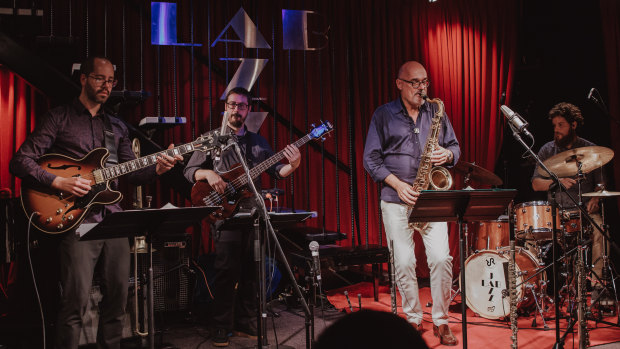 Two of the festival’s biggest names – Al Di Meola and Lalah Hathaway – presented sleek concerts that brimmed with musical intelligence, though both were so polished, there was limited room for spontaneity.

Di Meola’s guitar virtuosity was dazzling yet somehow lacking in fire, although he was accompanied by two exceptional percussionists. 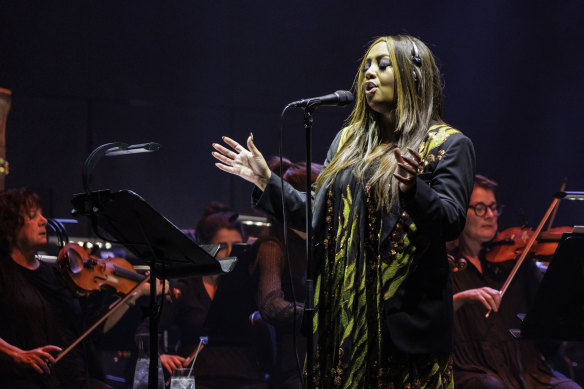 On the festival’s closing night, Yuin composer/musician Brenda Gifford presented a mesmerising work inspired by the migration of whales (moriyawa) and their significance in stories of creation. 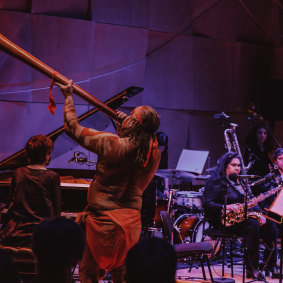 Gifford played saxophone with her empathetic ensemble (featuring members of the Australian Art Orchestra), but her main role was as composer and cultural guide, ushering the musicians and the audience deep into her country.

Yes, the suite vividly evoked the majesty, the whistling calls, the sonic vibrations and spectacular breaching of whales. But it also evoked so much more: a palpable sense of connection to earth, sea and sky, and the honouring of ancestral traditions – conveyed with quiet intensity by the yidaki (didgeridoo), clapsticks and whispered Dhurga narration of Gifford’s nephew, Joe Brown McLeod.

Here again, the power of nature and the power of music were inextricably linked, tapping into something both primal and inexpressibly profound.