Ed Asner, the star of television series Lou Grant and The Mary Tyler Moore Show who moonlighted as a political activist against US President Ronald Reagan’s policy on Central America, has died. He was 91.

“We are sorry to say that our beloved patriarch passed away this morning peacefully,” a tweet from Asner’s official Twitter account said Sunday, US time. “Words cannot express the sadness we feel. With a kiss on your head – goodnight dad. We love you.”

A cause for death was not given. 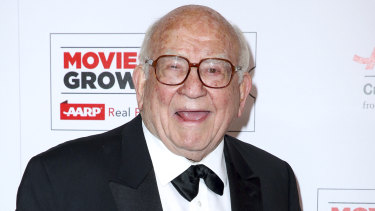 Asner continued to appear in TV shows, such as The Good Wife and Bones, even in the last years of his life. In 2019, Asner played a retiree who gave life advice in the Netflix show Dead to Me, which stars Christina Applegate. A new generation of moviegoers was introduced to Asner as the voice of curmudgeon Carl Fredricksen in the Pixar-Disney 2009 animated hit Up.

Asner won more Emmy awards – seven in total – than any other man, mainly for his supporting role on the comedy series The Mary Tyler Moore Show and the lead as a newspaper editor in the drama Lou Grant. He was also the only person to win Emmys for playing the same character – Lou Grant was a spinoff from The Mary Tyler Moore Show – in both a comedy and a drama. He won the Screen Actors Guild’s Lifetime Achievement Award in 2001. 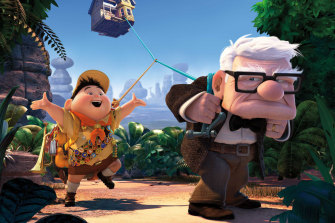 Asner was introduced to a new generation of fans with his lead voice role in Pixar’s 2009 movie Up. Credit:Disney/Pixar

After Asner delivered the line “I hate spunk!” on the first Mary Tyler Moore Show, in which he portrayed the heavy-drinking boss of an aspiring TV news producer, the character of Grant began to take on a life of its own. In 1977, CBS commissioned a one-hour drama that followed Grant as the editor of the fictional Los Angeles Tribune, tackling social and ethical issues such as child abuse, nuclear weapons and conflicts of interest. The Lou Grant show won 13 Emmy awards.

Asner’s public support for providing medical aid to rebels fighting the US-backed regime in El Salvador in the early 1980s led to the show’s demise. Sponsors Kimberly-Clark, Vidal Sassoon and Cadbury withdrew their advertisements from the program, and Lou Grant was cancelled two weeks later. The actor, who travelled with bodyguards after receiving death threats over the issue, attributed the network’s decision to chairman William Paley’s close relationship to President Reagan.

“Most insiders seem to think that the show would not have been cancelled had it not been for the controversy that arose over my stand on El Salvador,” Asner said in an interview with the Academy of Television Arts & Sciences Foundation. “I thought at the time that I’d never work again.” 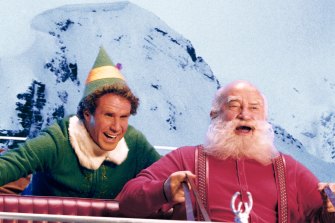 Asner as Santa Claus, right, with Will Ferrell in Elf.Credit:Alan Markfield

A member of the Democratic Socialist Organising Committee, Asner also picketed with 11,000 striking air-traffic-control workers in 1981 in their dispute with the Reagan administration over more pay and a reduced 32-hour working week. He was elected president of the Screen Actors Guild in the same year and served in that role until 1985. The guild had been a springboard for Reagan, who was SAG president for seven terms, in his future political career as California governor and US president.

Edward David Asner was born on November 15, 1929, in Kansas City, the youngest of five children to Russian Orthodox Jewish parents.

After military service in the early 1950s, Asner joined the Playwrights Theatre Company in Chicago before moving to New York where he worked on Broadway. He had parts in the television dramas Decoy and Stoney Burke as well as Mission Impossible before taking on the character of Lou Grant.

Asner’s other Emmy awards were for his role as Axel Jordache, a harsh father in a dysfunctional family, on the mini-series Rich Man, Poor Man and as a ship’s captain transporting enslaved Africans in the mini-series Roots. He was inducted into the Hall of Fame of the Academy of Television Arts & Sciences in 2003.

In 2009, he starred as the voice of Carl Fredricksen in Pixar’s award-winning animated film Up.

Asner was married twice. He had three children to Nancy Sikes, a stepson with Cindy Gilmore and a son to girlfriend Carol Vogelman.

In need of some good news? The Greater Good newsletter delivers stories to your inbox to brighten your outlook. Sign up here.