Ellie Kemper reveals she welcomed second child a month ago

Ellie Kemper is pregnant with baby no. 2

A photo showing Ellie Kemper attending a ball believed to be linked to white supremacy has resurfaced, prompting critics to accuse the “Unbreakable Kimmy Schmidt” star of racist behavior.

Kemper, 41, became the subject of scrutiny on Tuesday when the image of her being named the queen of St. Louis’ Veiled Prophet Ball as a teen in 1999 started making the rounds online.

The Veiled Prophet Ball is a secret fair originally formed in 1878 by elites to honor the ritual of Mardi Gras, and is reportedly associated with white supremacy.

Each year, a person is chosen by a secret board of local elites to anonymously play the role of the Veiled Prophet, who would then choose a “Queen of Love and Beauty” to dance with and receive a gift, such as a tiara or pearls, according to The Atlantic.

The Veiled Prophet is said to be dressed with a white klan-style hood and robe while armed with a pistol and rifle. 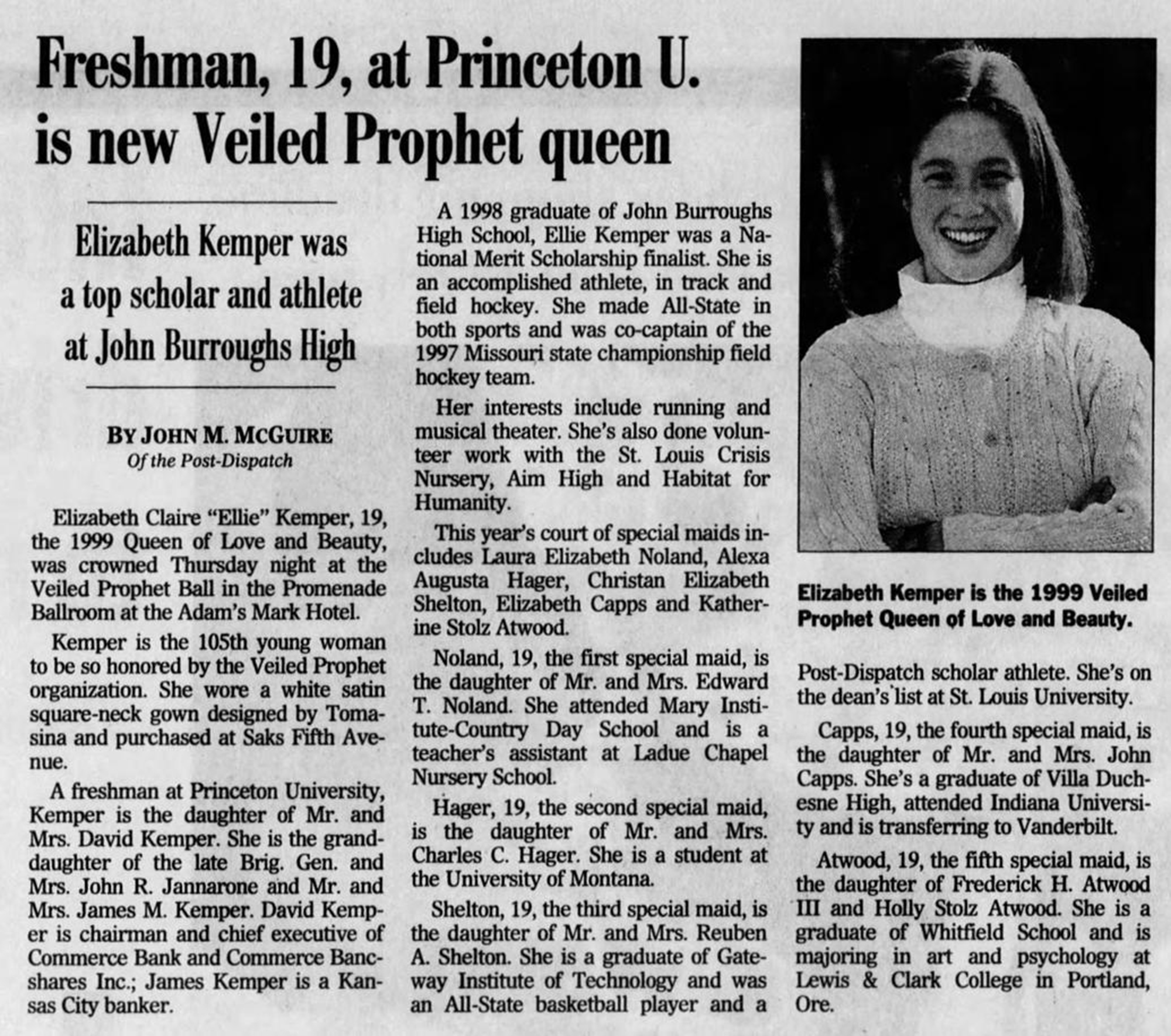 The photo making the rounds shows that Kemper was selected to participate in the “Royal Quadrille” dance and named the queen at age 19, according to The Sun.

Several netizens ripped Kemper for participating in a ritual with elitist and racist ties.

“it really is something that Ellie Kemper was the star of a tv show about a woman who leaves a racist cult and tries to rebrand herself while pretending it never happened. no reason why I’m bringing this up of course,” film critic Jon Negroni tweeted.

“I don’t know much about Ellie Kemper, but growing up in St. Louis in the 1970s and 1980, I remember The Veiled Prophet Fair very well,” CNN commentator Keith Boykin tweeted. “I was always told it was only for white people. The racial segregation was so normalized that people were just expected to know their place.”

“the ellie kemper thing yet more evidence that you should just assume most people in comedy come from privileged backgrounds until proven otherwise,” Twitter influencer Bec Shaw said.

Still, others jumped to Kemper’s defense, saying that there was little proof the fair was linked to the KKK.

“There is not a single iota of evidence that Ellie Kemper is racist. So naturally, Twitter is trending her and blue checks are calling her a ‘KKK princess.’ What absolute garbage,” Ben Shapiro tweeted.

A rep for Kemper did not immediately respond to our request for comment.