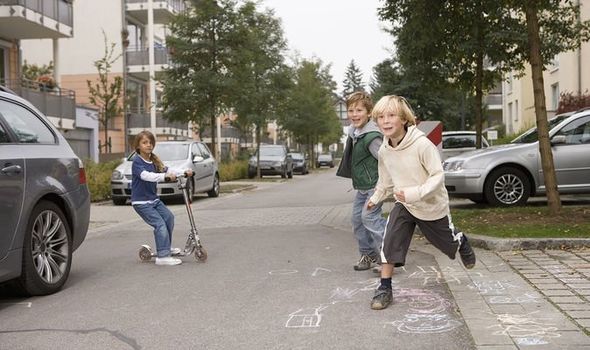 Keep Britain Tidy found 70 percent of those in urban areas do not live within walking distance of a park with a Green Flag Award ‑ the Government’s standard. And in the most built-up areas, that jumps to 76 percent, according to figures out today.

Charity chief Allison Ogden-Newton said access to adequate green space has “never been more vital” for mental and physical wellbeing than during the pandemic.

She added: “It’s very worrying the vast majority of those living in urban environments do not have access to a green space that, by the Government’s own standards, can be considered of good quality.

“We are calling for increased investment across the country.”

The figures are based on numbers of people living within a 10-minute walk of a Green Flag park.

In London, more than 60 percent were within the distance. But in urban parts of Yorkshire and the Humber, dropped to 13 percent.

In East Midlands urban areas, 30 percent could get to a Green Flag park in 10 minutes.

In the South-east, the figure dropped to 21 percent and in the South-west it was just 17 percent.

Speaking during Love Parks Week, Ms Ogden-Newton said investment would be “well spent” adding: “The Government’s own analysis showed that for every £1 spent on maintaining parks, there is a benefit of £34 in health costs saved.”