Eva de La O, a lyric soprano who founded a chamber music ensemble that introduced Hispanic classical composers and performers to new audiences over nearly four decades, died on May 4 in Manhattan. She was 88.

The cause was complications of lung cancer, her former husband, David Medina, said.

In addition to performing herself at places that included Carnegie Recital Hall, she appeared with the Puerto Rican Traveling Theater and the Puerto Rico Symphony Orchestra. Ms. de La O established Musica de Camara (chamber music, in Spanish), a nonprofit ensemble, in 1979.

Musica de Camara has put on more than 300 concerts, many of them at El Museo del Barrio in Manhattan, and also at Lincoln Center, St. Patrick’s Cathedral, the Metropolitan Museum of Art and other sites to promote Puerto Rican, Caribbean and Latin American musicians.

For many performers, their careers can take a decade or two to develop. Ms. de La O’s professional trajectory was defined even before she was a teenager.

She wanted to be a dancer. Her mother considered rumba and flamenco too indecorous and pushed Eva instead to take piano lessons, which held the prospect of employment as a performer or a teacher.

One day, though, when Eva’s mother was at work, her grandmother taught her to sing a classical Mexican serenade.

“Sit down and listen to this,” the grandmother told Eva’s mother when she returned from work. 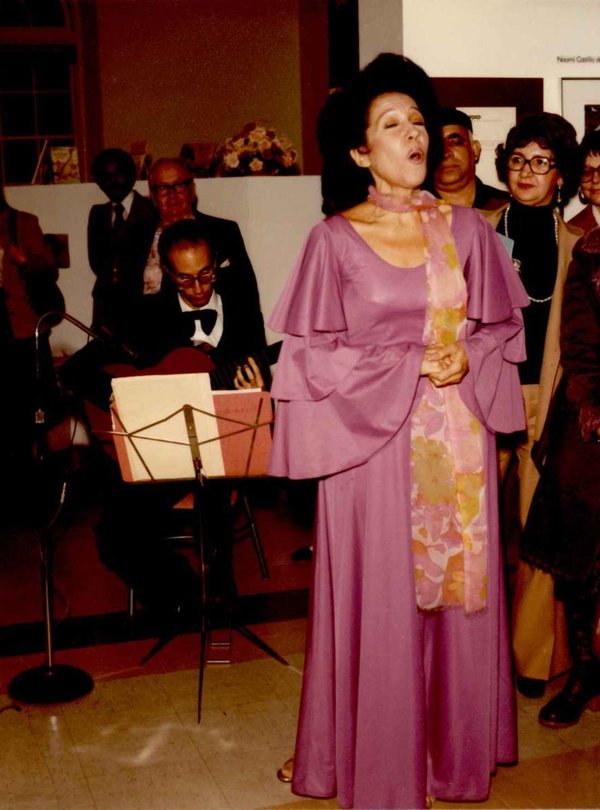 “That was my introduction to the singing world,” Ms. de La O said.

Josephine Evangeline de La O was born on Jan. 20, 1931, in Manhattan to Jose de La O and Margot Melchor. They had migrated from Puerto Rico, where they were both teachers, shortly before their daughter was born. She was raised in East Harlem during the Depression.

In New York, her father dug ditches and worked as a bookkeeper. Her mother was employed as a seamstress and became the personnel director for the Puerto Rico Water Resources Authority when she and her husband later returned to Puerto Rico.

After graduating from the High School of Music & Art in Manhattan, Ms. de La O briefly studied at the University of Puerto Rico before winning a scholarship to the Juilliard School, where she earned a bachelor of music degree.

She later studied for a master’s in ethnomusicology at Hunter College of the City University of New York.

Ms. de La O made what was billed as her American debut at Carnegie Recital Hall with a mini-survey of Latin art songs in 1977. Two years later, she founded Musica de Camara as a showcase for musicians, singers and composers to promote their Hispanic classical music heritage.

Since then, the organization has supported and presented well over 125 Hispanic artists, including the pianist Felix Rivera, the violinist Wilfredo Deglans and members of the Figueroa family — a prominent Puerto Rican classical music clan — among them the pianist Yvonne Figueroa and the violinists Narciso and Guillermo Figueroa, who is also a conductor. The organization has also backed non-Hispanic performers.

“The classical music world is tremendously Eurocentric,” Ms. de La O told The New York Times in 1986. “We have a musical tradition in North and South America that has been all but ignored.”

She continued to perform before small groups until as recently as about two years ago when doctors found that she had lung cancer.