“Good morning, from all the way in Hawaii, girl,” said Bretman Rock in his distinctive, playful voice.

The 22-year-old Filipino-American, an Internet star who rose to fame as a beauty influencer on YouTube, is calling from his home in the island state. He’s currently shooting a digital reality series for MTV, as he gets ready to unveil his first fashion project.

“If someone’s going to have eyewear, it better be someone from a motherf–king sunny state, which is Hawaii,” he said of the release. “Everyone here is always wearing sunglasses. I just thought, ‘What better product from a Hawaii boy to come out with then sunglasses?’”

The line is a collaboration with Dime Optics, a Los Angeles-based brand that was launched direct-to-consumer this summer by Zachary Gordan. The company’s strategy has been to partner with known personalities who are particularly popular with Gen Z.

“We launched in July 2020 with a goal to embrace authenticity and individuality in all our collections, but we never could have predicted such an incredible response,” said Gordan. “Our first drop with [singer and actress] Becky G sold out in under 48 hours. We are beyond excited to continue this trajectory with our upcoming collaboration with Bretman Rock, another incredible human that we are proud to be partnering with.”

Bride of the Times

Rock is releasing six frames of eyewear (sunglasses and an optical option) in the same style, from black to electric blue, at $30 each on Nov. 20. Four of the glasses will be available on dimeoptics.com, while two will launch exclusively at Revolve, the California-based online retailer: the neon orange and “peach pearl” shades. The campaign, shot in L.A., features Rock in tongue-in-cheek re-creations of renowned artworks, like Johannes Vermeer’s “Girl With a Pearl Earring” painting — featuring a banana. 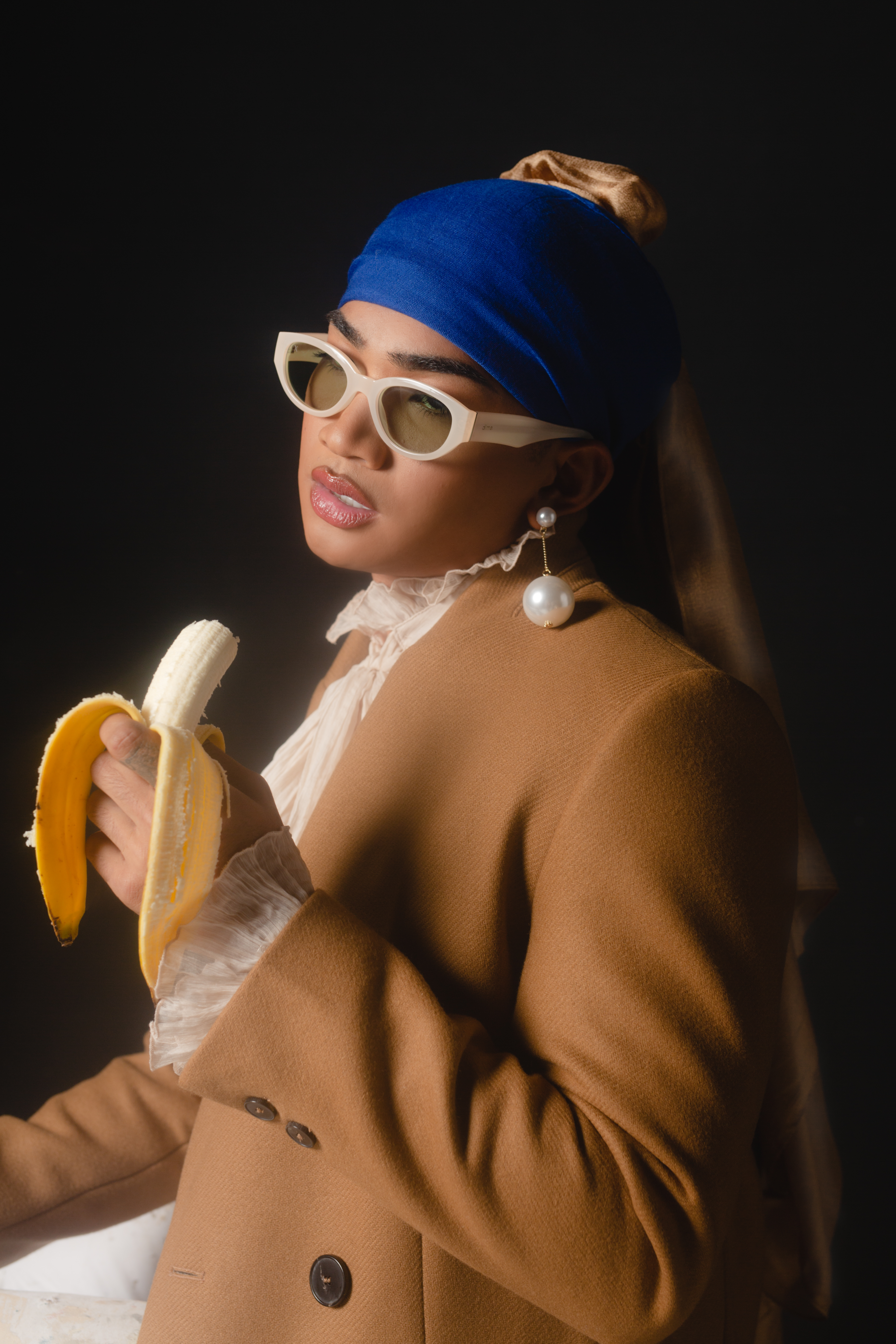 “Honestly, if you want the honest answer, I accidentally took edibles one day, and my manager had called me…that’s just what my high a– thought of,” he said, explaining how the idea took shape. “And honestly, it was probably the best campaign idea that I’ve ever thought of. I really need to get more lit-y every time I’m on calls, creative calls.”

His frankness, combined with some theatrics, his charisma, humor and talent as a makeup artist are what attracted and grew his audience on YouTube, earning 7.89 million subscribers on the platform. On Twitter, he has 5.4 million fans, and on Instagram, he’s reached 15.2 million followers. Although it’s beauty that brought him attention (collaborating with the likes of brands Morphe, ColourPop Cosmetics and Wet ‘n’ Wild), he’s taking a step back from the industry.

“To be honest with you, and I mean this in the most nicest way possible, I really am trying my best to steer away from the beauty industry,” he said. “I really don’t believe in the morals and the values that the beauty community has these days.”

The headline-making rivalries between beauty YouTubers have turned him off.

“I love my peers, and I love other beauty gurus, but it’s just not what it was,” he went on. “It’s not even about makeup anymore. It’s not even about beauty anymore. It’s about numbers. It’s about who has the most this, who got the most work done. I just don’t like how the beauty industry became so much about money and so much drama-driven. You need to be in a drama in order to excel in the beauty industry. It’s crazy to me that we call it a beauty industry when it’s not beautiful at all… I don’t need drama to stand out. I don’t need to f–king start something with anyone to get my name out there. It’s not me. 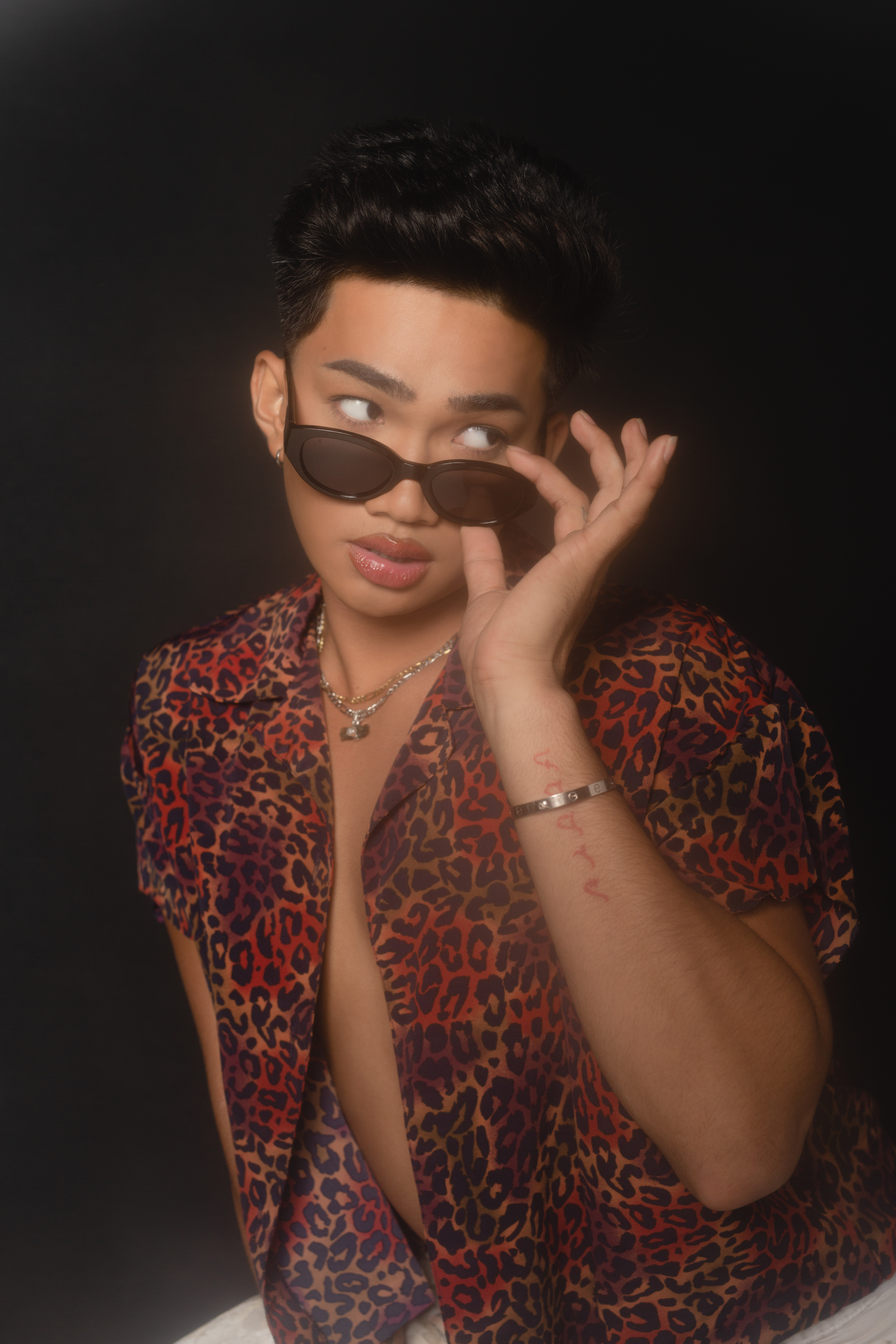