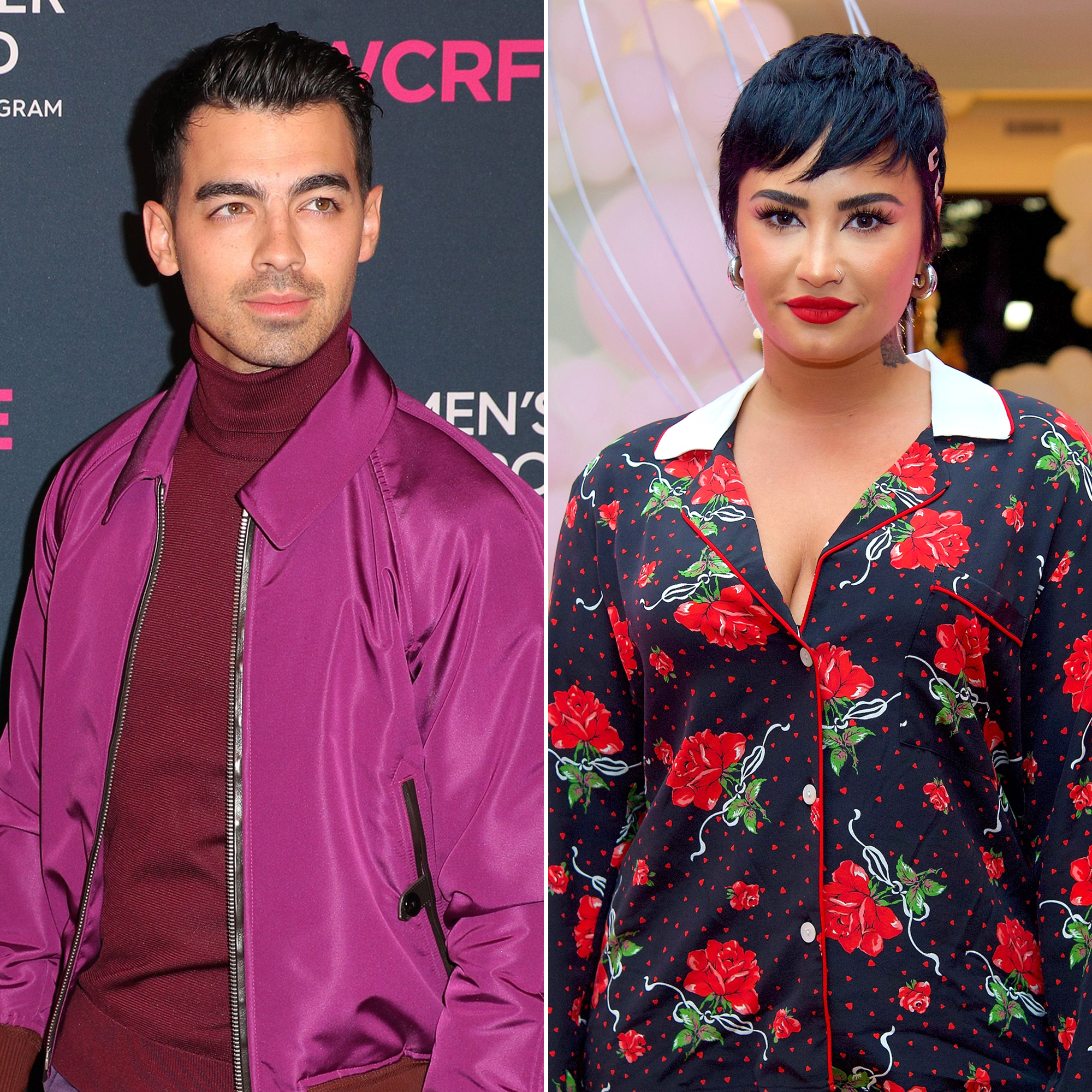 No bad blood here! Despite a short-lived fling during their Disney Channel days, Joe Jonas and ex Demi Lovato were all smiles during a Halloween party this weekend.

The Jonas Brothers crooner, 32, and the New Mexico native, 29, reunited for a sweet Instagram selfie, which Jonas shared via his Story on Sunday, October 31.

In the snap, the “Sucker” singer dressed as Paolo Valisari (Yani Gellman) from The Lizzie McGuire Movie — his wife, Sophie Turner, matched as Hilary Duff’s Isabella Parigi — as he posed for a selfie with the “Sorry Not Sorry” singer. Lovato, for their part, was dressed in head-to-toe black leather. 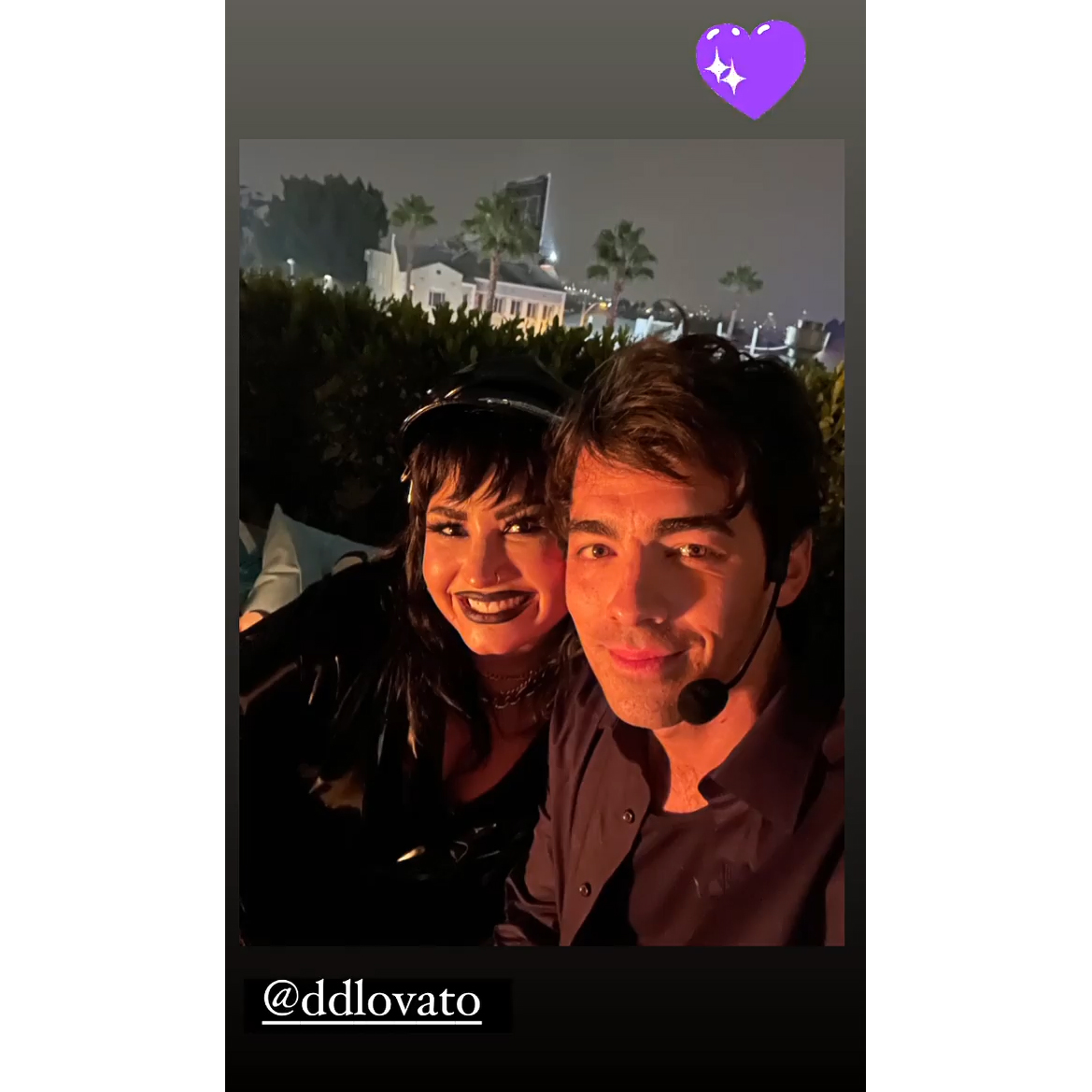 Jonas subtly shared the photo alongside a purple heart sticker, tagging his former flame in the post. Lovato later reshared it onto their Story.

Disney Channel Original Movie Hunks: Where Are They Now?

After starring together in Camp Rock and Camp Rock 2: The Final Jam for Disney Channel, the former costars briefly dated for four months in 2010.

“Demi and I knew going into our romantic relationship that it may not be an easy one,” Jonas said of their split via a statement to Us Weekly in May 2010. “I realize over the time we have shared together that I feel I care more about our friendship right now. It was my choice to break up, but I love her as a friend. She’s been there for me when I needed her. I will continue to be her friend and be there for her.”

The “Confident” performer, for their part, tweeted at the time, writing, “There are so many crazy rumors flying around today. Joe and I did split, but it wasn’t over the phone. Things didn’t work out but we’ll remain friends.”

Ahead of their breakup, Lovato previously gushed about the JONAS alum, calling him their “first serious relationship.”

Joe Jonas and Sophie Turner: A Timeline of Their Romance

“Every time that I’ve started to date someone, I’ve had private relationships, and there’s just so much stress trying to hide it and keep it quiet, that if you just come out and say, ‘OK, we’re together,’ you don’t have to worry about keeping it such a secret,” Lovato told Us in May 2010. “It was not only scary coming out to the public eye, but also the people who we work with, the people who are going to be on tour with us all summer, who are obviously nervous – because you never know what can happen. But, I think ultimately, everyone who knows us knows that we’ll always be best friends, no matter what happens.”

Following their whirlwind relationship, Jonas also dated Camilla Belle, Taylor Swift and Gigi Hadid ahead of his relationship with the 25-year-old Game of Thrones alum. The couple secretly tied the knot in May 2019 before welcoming daughter Willa in July 2020.

“When I started getting older, I started realizing how queer I really am,” she told Glamour in March. “This past year I was engaged to a man, and when it didn’t work, I was like, This is a huge sign. I thought I was going to spend my life with someone. Now that I wasn’t going to, I felt this sense of relief that I could live my truth.”