Feeny! The Best (and Worst) Movie and TV Teachers of All Time School’s out! Fictional teachers impart some of the most influential and questionable lessons in the minds of those who watch them in movies and on TV. They have a tendency to either inspire or completely terrify viewers, which is why Us Weekly is looking back at some of the best and worst educators of all time.

Everyone wished Boy Meets World’s Mr. Feeny (William Daniels) was real. The character followed Cory (Ben Savage), Topanga (Danielle Fishel), Shawn (Rider Strong), Eric (Will Friedle) and the gang through school, from first grade to their college years. Feeny was always there to offer advice or whip his students into shape, whether inside or outside the classroom. 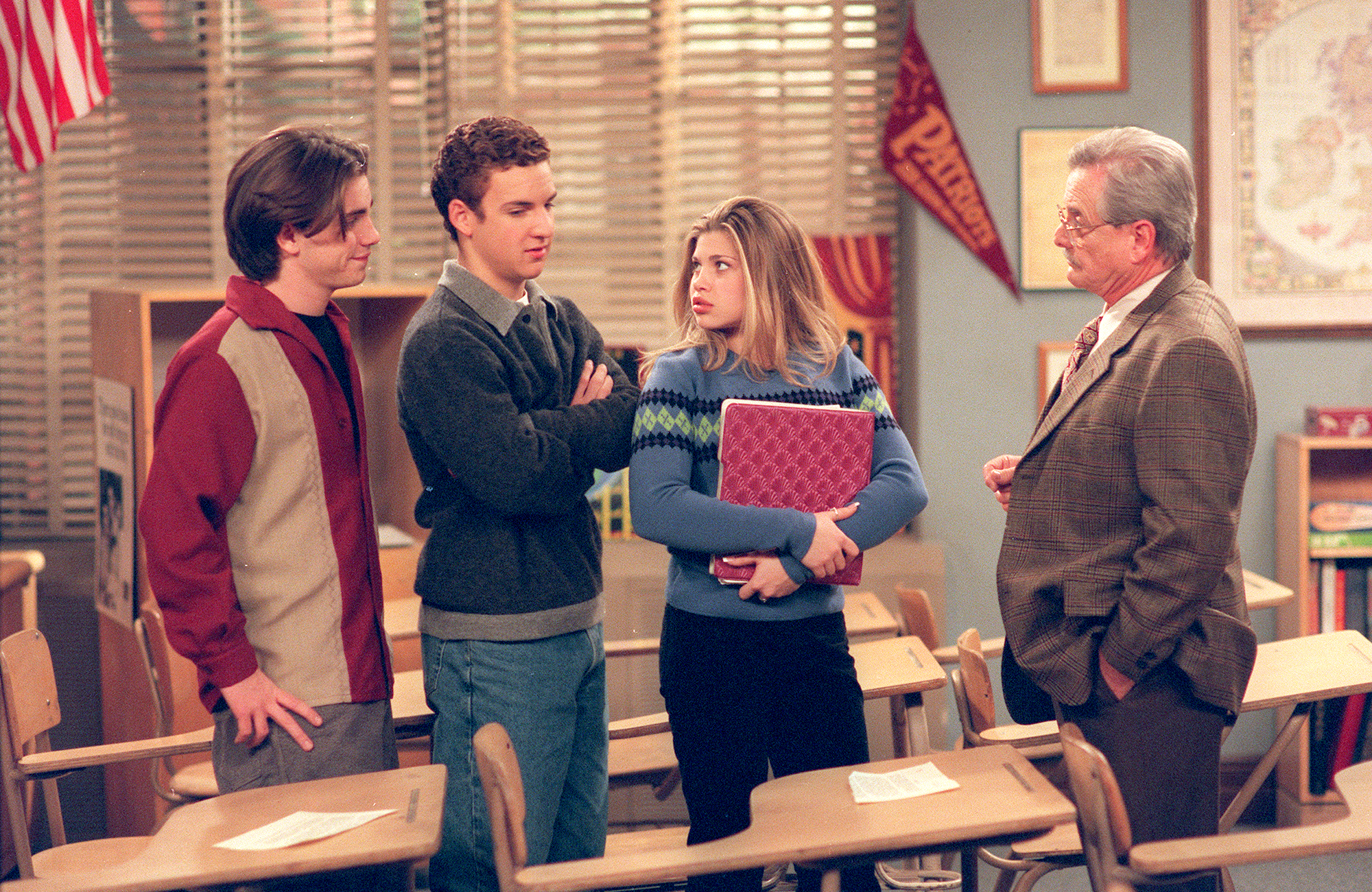 Then there was Ross Geller (David Schwimmer) from Friends. The paleontology fanatic turned to a college professor position as his career advanced in the sitcom’s later seasons. While Ross definitely knew his dino stuff — even going so far as to imitate the long-gone beings to get his point across — he also made more than one iffy choice as a teacher. The character not only secretly dated his student Elizabeth (Alexandra Holden) in season 6, but he also changed one pupil’s grade after the young man declared he was in love with Ross.

Speaking of teachers who were willing to do pretty much anything for their students, Jess Day (Zooey Deschanel) of New Girl made her dedication known — in a good way! — time and time again, eventually rising to the principal level at her school.

Cameron Diaz’s Elizabeth Halsey, however, fit the bill of a bad teacher perfectly since she hailed from a film of the same name. Note: An uncontrollable hatred for children is not a good prerequisite for educators.

Watch the video above to see the best and worst movie and TV teachers of all time from Dead Poet’s Society, Riverdale and more!