Firms must go green faster if they want to survive, says Alok Sharma

Prince Charles on 'borderless crisis' of climate change at G7

Alok Sharma said the Government is determined to “build back greener” after the pandemic but it needs the support of industry. The Cabinet Office minister and president of COP 26 urged firms to commit to reaching net-zero emissions by 2050 at the latest, saying: “We can only meet targets with business behind us. So I’m urging companies to sign up to the Race To Zero campaign. “The direction of travel is clear, the world is going green, creating enormous opportunities for those on the front foot, while those that do not move fast enough will be left behind.”

Speaking at the Confederation of British Industry (CBI) Road To Net-Zero conference yesterday, Mr Sharma urged firms to switch to clean power, swap polluting vehicles for those with zero emissions and commit to removing deforestation from supply chains.

The Daily Express Green Britain Needs You campaign is calling on everyone to do their bit.

The alert comes months before the 26th United Nations climate change conference in Glasgow in November, known as COP 26.

Mr Danker said: “The world has no room for failure. The climate crisis is worsening. The UK, as COP co-hosts, must achieve in Glasgow what previous COPs have not. Yes, we need to raise global ambitions but also push harder than before to make it the boldest year of net-zero action.” 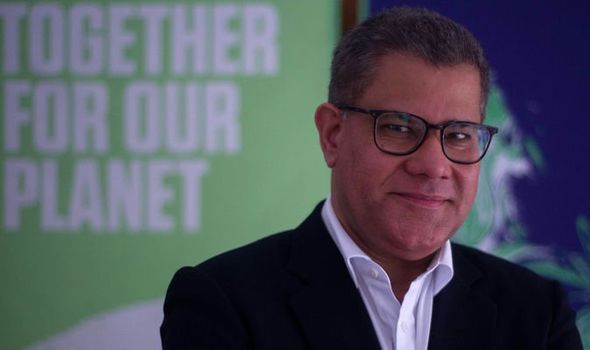 Mr Danker called on ministers to help unlock the resources of the private sector with new guidance on ­heating and transport.

The Government wants to reach ­net-zero by 2050 and to slash emissions by 78 percent by the middle of the next decade.

The Treasury yesterday promised a “nature positive”, decreeing that projects must leave the environment in a better state.

In its response the Treasury said the Environment Bill going through Parliament will have a clause to ensure that infrastructure projects – such as energy pipelines and transport routes – ­provide “a net gain in biodiversity and habitats for wildlife”. 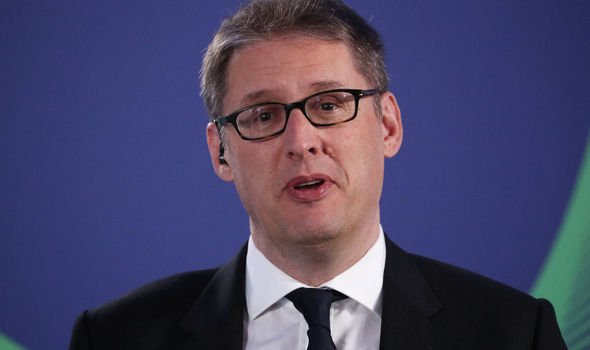 This can mean replacing any habitats affected. Ministers also pledged to ensure overseas aid “does no harm to nature”.

But green groups said the pledges did not go far enough.

Dr Richard Benwell, chief ­executive of Wildlife and Countryside Link, said: “The Government is ‘on message’ but not yet ‘on the money’.”

Tanya Steele, of WWF, said: “This is a step in the right direction but it comes at a time when we need giant leaps to transform the ­economic and financial systems that are fuelling the global environmental crisis.”