INTEREST rates are tipped to rise, with the Bank of England expected to announce increases before the end of the year.

The Bank of England base rate is currently set at 0.1%, which is the lowest it has ever been in the UK. 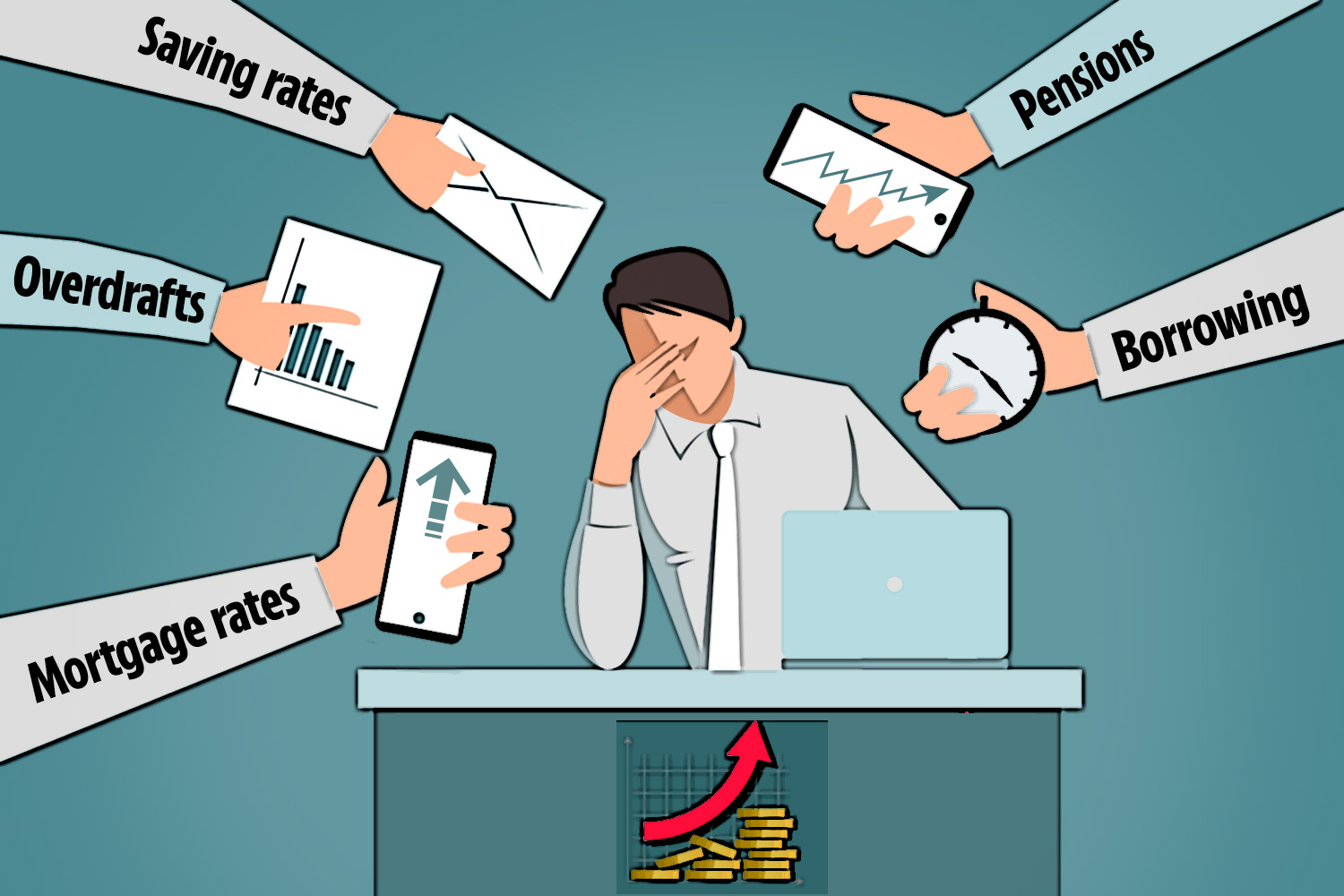 The base rate is used by high street banks and lenders who then set their own rates for savings, loans, overdrafts and credit cards.

The next Bank of England base rate decision meeting is on November 4, and many experts are saying that's when we'll see a rise.

"According to interest rate markets, there is now an 85% chance of a rate rise this year, and a 60% chance of a hike at the next MPC meeting in November."

If we don't see a rise on November 4, it's likely it will happen at the December meeting or very early next year.

Here's five ways a rate rise can affect your finances and what you need to do to prepare:

One of the biggest impacts of a higher base rate is that mortgage costs go up – how much this impacts you will depend on what kind of mortgage you have.

If you're on a variable rate tracker mortgage, your payments will rise when the base rate does.

Meanwhile homeowners with fixed rate mortgages will face higher remortgaging costs when their current deal comes to an end.

Check what type of mortgage you are on and read the terms and conditions carefully.

If you're on a tracker mortgage, you can then calculate exactly how much costs will rise by, check your documentation as this should tell you what to expect.

If you have a fixed rate, check when it is ending and see if you can find a new deal. It may even be worth remortgaging early to lock in for longer, although you might have to pay a fee.

It's worth considering overpaying your mortgage if your provider will let you, to clear more of it while rates are low.

If you credit card debt, you should look to try and clear it before the rates rise.

Shifting your debt onto a 0% balance transfer card is a great way to avoid interest and pay off what you owe more quickly.

If your credit card provider raises its rates, you can reject it and close the account. You should be given 60 days to pay off what you owe.

If you know you're going to need a loan in the near future, it might be worth acting quickly before rates go up.

Make sure you shop around to get the best deal.

Overdraft rates may also creep up if the base rate rises, but experts say it won't happen overnight.

Generally, interest rates on overdrafts are fairly high, usually around 40% so a rate rise could make things even more expensive.

Overdraft rates are typically double the average rate on a credit card, making them one of the most expensive ways to borrow money.

If you're using your overdraft regularly, you should think about setting a budget and seeing where you can cut back.

If you're making a purchase that you know will tip you into the red, it may be worthwhile using a 0% purchase card or a lower interest loan.

Shop around carefully to make sure you're paying the least interest you possibly can.

Rate rises aren't all bad news, they also mean that savers might be able to get a better deal.

Typically, these improvements don't appear straight away, and not all banks will pass on the better rates to their savers.

How to take advantage

If you're thinking of getting a fixed rate savings account, you might want to wait until rates creep up.

That doesn't mean you can't start saving, just that you should use an easy access for now, so you can move it across to a better rate later.

Some banks will try to tempt new customers with attractive rates so it's really important to shop around.

Check to see if your current accountgives you access to a more attractive savings rate, and also check competitor banks, challengers, ISA providers and building societies.

Interest rate rises are also good news for anyone planning to buy an annuity for retirement because they will get a better rate of return.

Unfortunately, if you've already got an annuity, you can't switch so you'll be stuck with the rate you bought at.

How to take advantage

If you want the security of a guaranteed income for life in the form of an annuity, it's definitely worth waiting until rates do rise.

Because the income is set in stone when you buy it, a higher base rate can make a huge difference to how much you'll get over the course of retirement.