Five women from the same hospital department have been nicknamed the ‘pharmacy family’ after they all had babies during the pandemic.

The colleagues and their babies have been unable to get together because of lockdown but have managed to keep in contact and swap tips over social media. 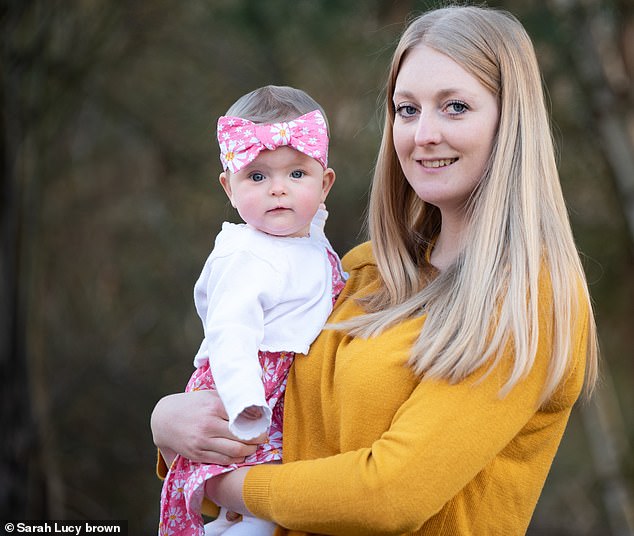 Five women all from Ipswich Hospital’s pharmacy department all had babies during the pandemic. Pictured: Christine Hadley and baby Charlotte who was the first of five to be born 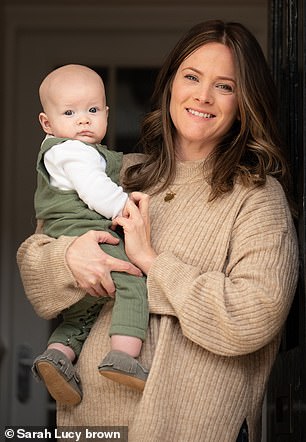 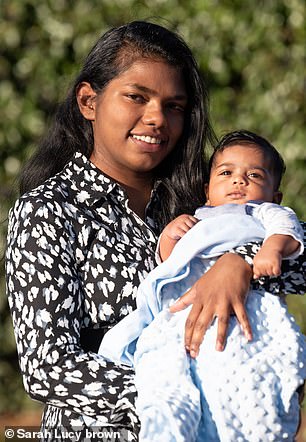 Women have been nicknamed ‘pharmacy family’ after they were all on maternity leave at same time. Pictured: Amy Souter and baby Henry Mclean (L) and Sajitha and Ezekiel Chacko (R)

First was Christine Hadley, 29, who welcomed her daughter Charlotte on June 2.

The first-time mother, a pharmacist at the hospital for six years, said: ‘It was so exciting that my colleagues were also welcoming children.

‘We all catch up over WhatsApp and have been there to support each other.’

The community pharmacy technician said having the other mothers’ support had been a ‘blessing’.

Sajitha Chacko, 28, a pharmacist for five years, had her second son Ezekiel, on September 22. 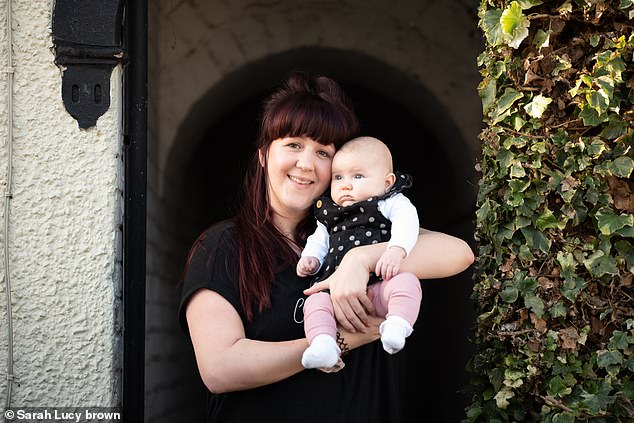 Last to give birth was Cara Medd, whose daughter Romee Waller (pictured) arrived on Bonfire Night. The ward-based dispensing manager since 2014 said Romee ‘completes the family’ 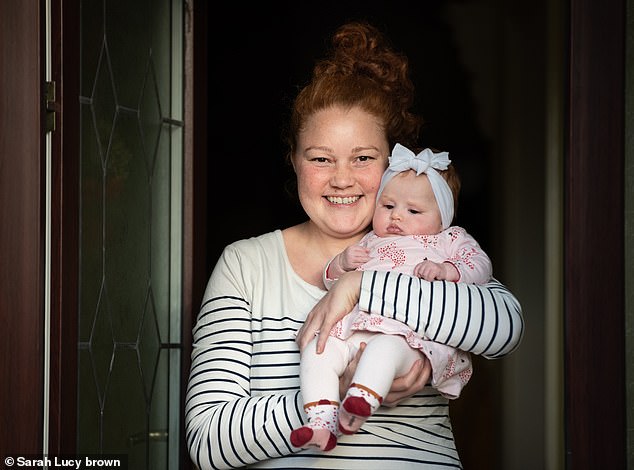 The friends and colleagues were unable to meet up due to lockdown but shared tips and kept in touch on social media. Pictured: Marianne Eve with her baby Manon Sperling-Eve

She said: ‘It’s been great to share our experiences and our pharmacy family is so supportive. I’m looking forward to a baby play-date as soon as it is safe.’

Next up was a girl, Manon Sperling-Eve, born on October 3 to Marianne Eve, 31, a medicines information pharmacist who has been at the hospital for seven years.

Last to give birth was Cara Medd, whose daughter Romee Waller arrived on Bonfire Night.

The ward-based dispensing manager since 2014 said Romee ‘completes the family’ and she can’t wait to introduce her to her colleagues.

The pharmacy has 120 full-time and 22 part-time staff.