Less than two months after announcing their separation, Christina Anstead officially filed for divorce from Ant Anstead. Get the latest on this Hollywood split. 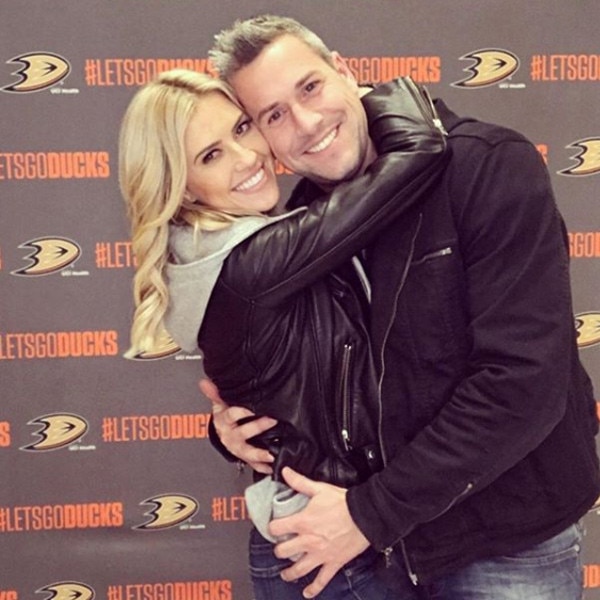 Christina Anstead is officially ready to move on.

The Flip or Flop star's rep confirmed to E! News that Christina filed for divorce from her husband Ant Anstead. According to TMZ, she submitted legal documents this week in an Orange County, Calif. court.

The news comes less than two months after Christina surprised fans by announcing she was separating from Ant following two years of marriage.

"Ant and I have made the difficult decision to separate," the HGTV designer wrote to her followers. "We are grateful for each other and as always, our children will remain our priority. We appreciate your support and ask for privacy for us and our family as we navigate the future."

Since then, the couple has continued to co-parent their 13-month old son Hudson while also focusing on themselves as they embark on a new chapter separately.

For Ant, he recently took part in a five-week "Breakup Recovery" exercise developed by human connection specialist Mark Groves. He also participated in Rise Up Kings, a program that aims to help men rise up to their God-given potential.

As for Christina, she has continued filming new episodes of Christina on the Coast as well as Flip or Flip with ex-husband Tarek El Moussa. She is also choosing to "find peace" in a year filled with change.

"I never thought I would have one divorce let alone two," Christina shared on Instagram back in September. "Sometimes life throws us curve balls. Instead of getting stuck in these 'setbacks' I choose to look at these challenges as opportunities to grow."

The home designer added, "So while some may judge me and throw around rumors about me, most of you support me. And that says a lot about this world and where we are headed. I'm messy, I'm real and I'm working on healing."

As for what led Christina and Ant to go their separate ways, the couple is staying mum. And for those looking for more specific answers, you likely won't get them from the pair.

"Anyone who really knows me knows that I don't like to share private matters publicly," Ant shared through Instagram on Sept. 26. "I have remained silent while holding on to hope. I never gave up on us. I pray Christina's decision brings her happiness."